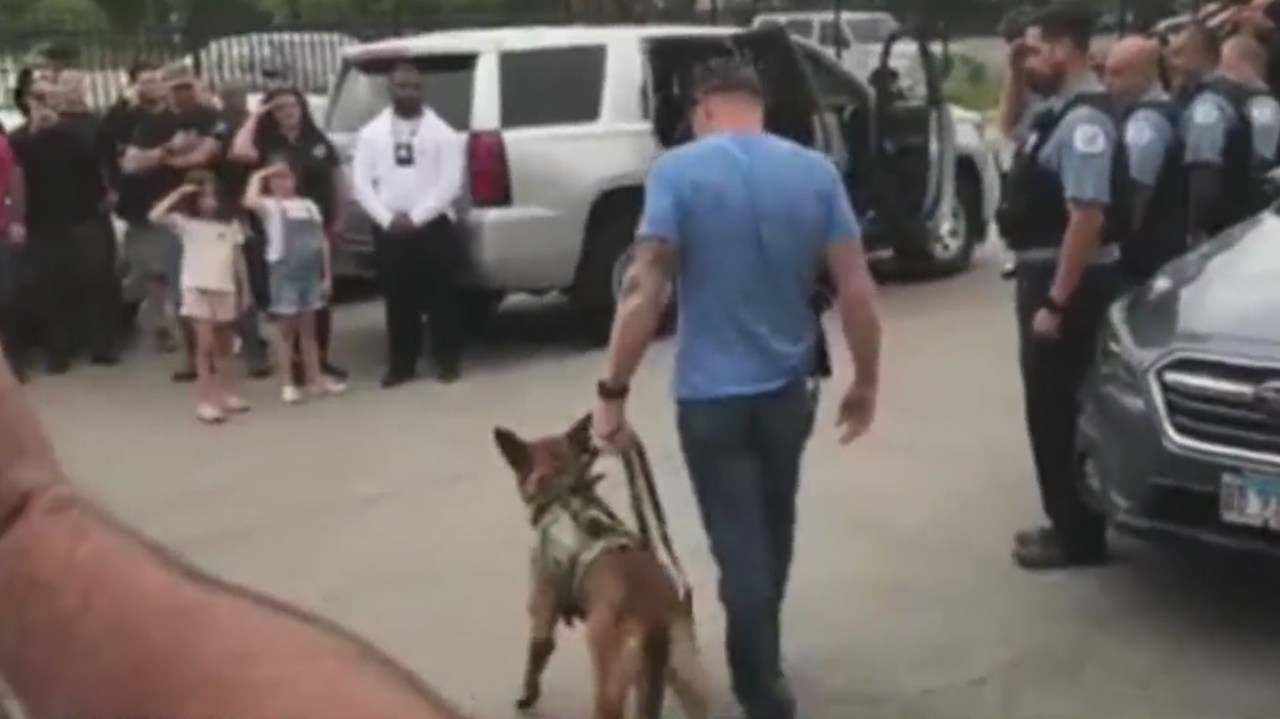 CHICAGO — A US Marshal K-9 is back with his deputy after being treated for gunshot wounds.

“Rin” was released from the veterinary over the weekend as Chicago police officers were on hand to salute.

The law enforcement dog and marshal were shot last Thursday while serving an arrest warrant on the Northwest Side.

The deputy suffered a gunshot wound to the hand. The K-9 was seriously injured.

Police said a Chicago officer returned fire during the shooting but did not strike anyone. The Civilian Police of Accountability is investigating.

Chicago Shooting News Live: A gunman on a rooftop opened fire on an Independence Day parade in suburban Chicago on Monday, killing at least six people, wounding at least 30 and sending hundreds of … END_OF_DOCUMENT_TOKEN_TO_BE_REPLACED

The real estate industry is beyond crowded — it seems like agents are popping up everywhere and taking aim at your clients. So, how can you cut through all that noise to stand out? You’ve got to … END_OF_DOCUMENT_TOKEN_TO_BE_REPLACED

Chicago Mayor Lori Lightfoot confirmed to the New York Times that the Chicago Police Department is assisting in the response and investigation.  “Law enforcement is working hard to bring the shooter … END_OF_DOCUMENT_TOKEN_TO_BE_REPLACED