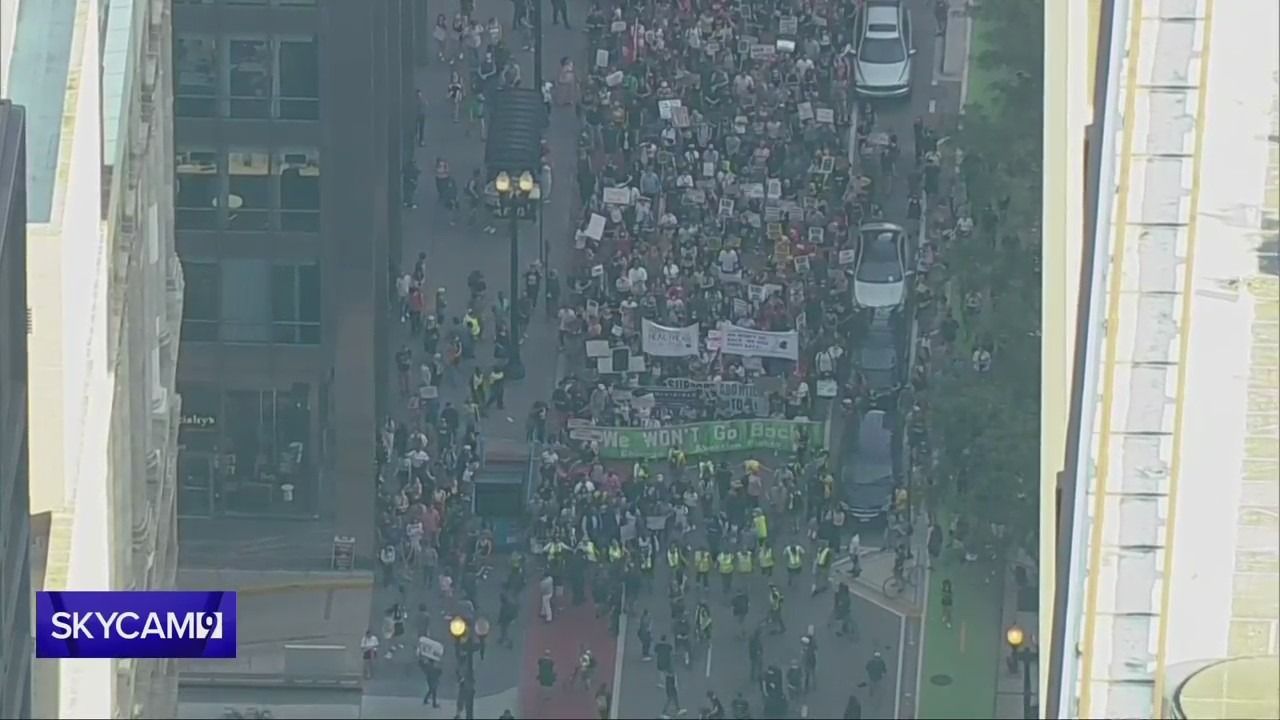 CHICAGO — A large abortion rights protest and march is being held Friday night in the Loop.

At 5 p.m., protestors began to gather at Federal Plaza. By 6 p.m., hundreds to thousands were in attendance and a march to Daley Plaza began.

“My father always used to say this my mother’s story is Roe v. Wade. She had an abortion around the same time that this decision came down. So it’s always been very personal for me,” marcher Jeannie Sager said.

We need to build capacity for the many people in our state who will seek to exercise their reproductive rights in Illinois because in their state it is illegal now,” he said.

Another abortion rights protest is scheduled for Saturday at Federal Plaza.

Democrats called the bill the largest investment in fighting climate change ever made in the US, and it’s projected to help cut greenhouse gas emissions by about 40% from 2005 levels by the end of the … END_OF_DOCUMENT_TOKEN_TO_BE_REPLACED