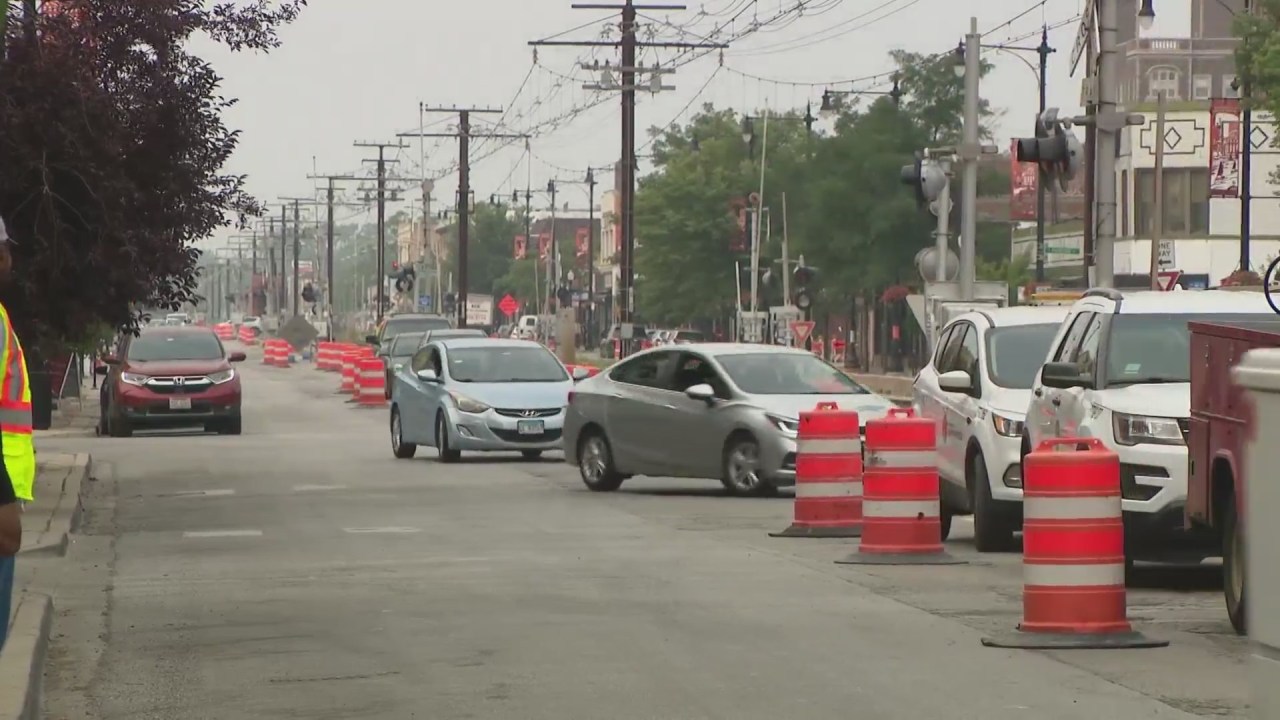 “For far too long, our residents have been asking for their streets and sidewalks to be paved,” Lightfoot said.

“We’ve done infrastructure before but we’ve never had a multi-year plan so that folks on the ground could do the planning, stretch it over multiple years and there’s a level of predictability about where we were going year in and year out,” Lightfoot said.

In 2020, City Council approved the first installment of a five-year, $3.7-billion plan to invest in infrastructure.

Chicago’s Department of Transportation will replace and repair traditional infrastructure, including roads, bridges, and sidewalks in all 77 neighborhoods.

“It also includes more than $100 million for the creation of more than a dozen new streetscape projects and Invest South/West neighborhoods and corridors,” Lightfoot said.

Crews are eager to get to work, and you’ll see them all over the city this summer.

They plan to target 70-plus miles of arterial street resurfacing projects.

CDOT also expects to repave more than 100 miles of residential roads and another 20 miles of alleys.

“This is what makes people realize, yes, the hard work and sacrifice the tax dollars that we pay, we’re getting this back in the form of needed and essential infrastructure improvements,” the mayor said.

As CDOT prepares for a busy construction season ahead, city leaders remind people to give them some space.

“Be patient,” Lightfoot asks. “When they’re out there doing their work, yes, it’s disruptive, but in the long run, it’s for the betterment of your street, the neighborhood and the city.”

The fire at the former Pheasant Run Resort, 4051 E. Main St., broke out Saturday afternoon, sending huge plumes of smoke into the sky surrounding the closed resort and drawing dozens of onlookers who … END_OF_DOCUMENT_TOKEN_TO_BE_REPLACED

As the 2022 political season gets into full swing, one of the most intriguing candidates for elected office is Herschel Walker. The star running back with the University of Georgia and Dallas Cowboys … END_OF_DOCUMENT_TOKEN_TO_BE_REPLACED