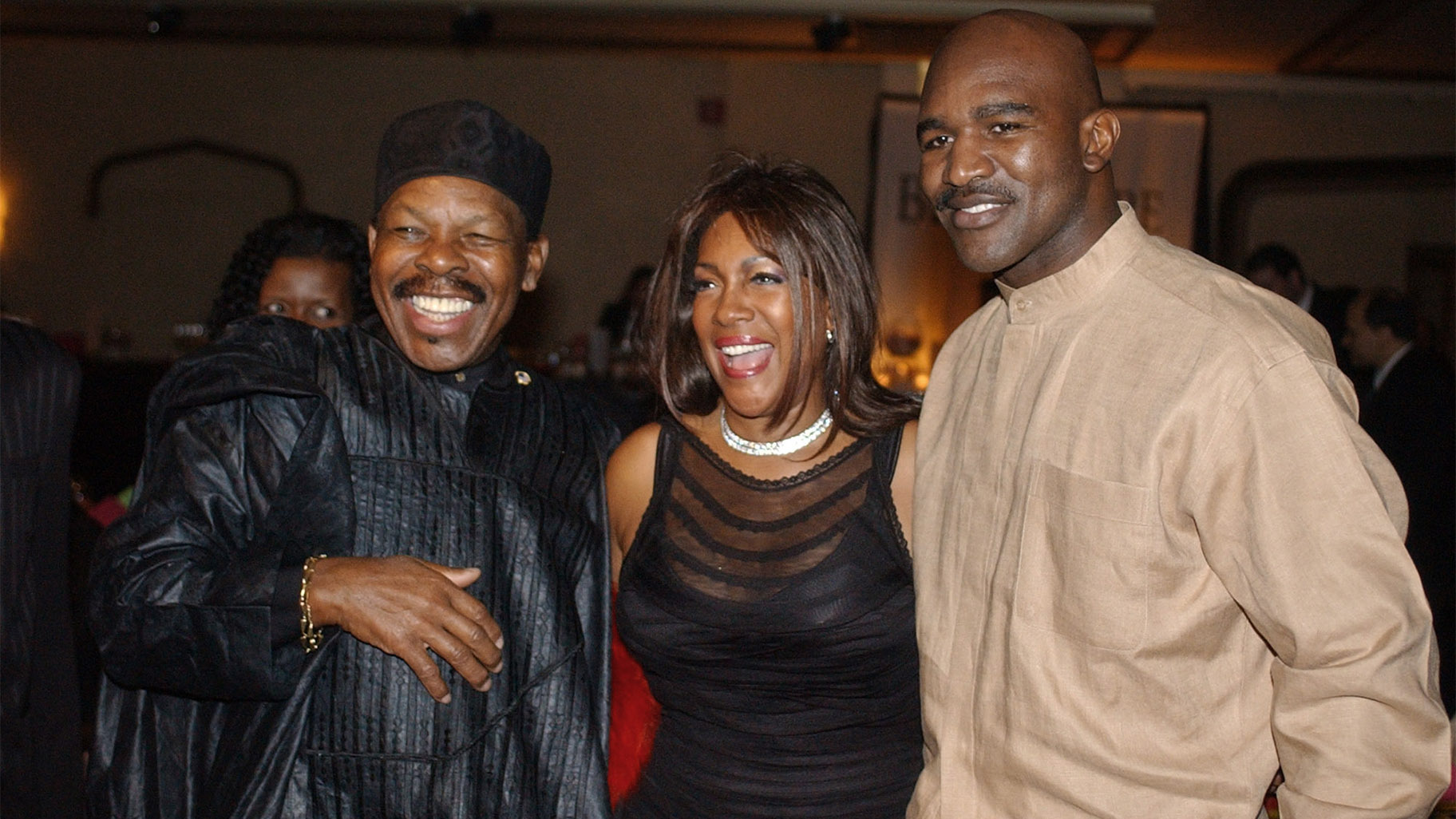 FILE – In this Feb. 20, 2003 file photo, Lloyd Price, left, and Mary Wilson, of the Supremes, pose for a photograph with boxer Evander Holyfield during the reception of the 13th Annual Pioneer Awards presented by the Rhythm & Blues Foundation in New York. (AP Photo / Frank Franklin II, File)

Lloyd Price, inducted into the Rock and Roll Hall of Fame in 1998, was among the last survivors of a post-World War II scene in New Orleans that anticipated the shifts in popular music and culture leading to the rise of rock in the mid-1950s. Along with Fats Domino and David Bartholomew among others, Price fashioned a deep, exuberant sound around the brass and swing of New Orleans jazz and blues that placed high on R&B charts and eventually crossed over to white audiences.

Price’s nickname was “Mr. Personality,” fitting for a performer with a warm smile and a tenor voice to match. But he was far more than an engaging entertainer. He was unusually independent for his time, running his own record label even before such stars as Frank Sinatra did the same, holding on to his publishing rights, and serving as his own agent and manager. He would often speak of the racial injustices he endured, calling his memoir “sumdumhonkey” and writing on his Facebook page during the 2020 Black Lives Matter protests that behind his “affable exterior” was “a man who is seething.”

Born in Kenner, Louisiana, one of 11 siblings, Price had been singing in church and playing piano since childhood. He was in his late teens when a local DJ’s favorite catchphrase, “Lawdy Miss Clawdy,” helped inspire him to write his boundary-breaking first hit, which he worked on in his mother’s fried fish restaurant.

Featuring Domino’s trademark piano trills, “Lawdy Miss Clawdy” hit No. 1 on the R&B charts in 1952, sold more than 1 million copies and became a rock standard, covered by Elvis Presley and Little Richard among others. But Price would have mixed feelings about the song’s broad appeal, later remembering how local officials in what was still the Jim Crow South resisted letting both blacks and whites attend his shows. Price was drafted and spent the mid-1950s in military service in Korea. He began a career restart with the 1957 ballad “Just Because,” and hit the top with the brassy, pop-oriented “Stagger Lee,” one of the catchiest, most celebratory songs ever recorded about a barroom murder.

Written by Price, “Stagger Lee” was based on a 19th century fight between two Black men — Lee Shelton, sometimes known as Stag Lee, and Billy Lyons — that ended with Shelton shooting and killing his rival. Their ever-changing legend was appearing in songs by the 1920s, and has inspired artists ranging from Woody Guthrie and Duke Ellington to Bob Dylan and the Clash.

Price’s version opened with a few spoken words that had the understated tension of a crime novel: “The night was clear, the moon was yellow, and the leaves came tumbling … down.” The band jumps in and Price shouts out the story of Stagger Lee and Billy fighting over a game of dice, concluding with a bullet from Stagger Lee’s 44 passing through Billy and breaking the bartender’s glass. “Go Stagger Lee!” a chorus chants throughout.

The song reached No. 1 on the Billboard pop chart early in 1959, but not everyone was entertained. “American Bandstand” host Dick Clark worried the song was too violent for his teen-centered show and pressed Price to revise it: For “Bandstand” watchers and some future listeners, Stagger Lee and Billy peacefully resolve their dispute.

“I had to go make up some lyrics about Stagger Lee and Billy being in some kind of squabble about a girl,” Price told Billboard in 2013. “It didn’t make any sense at all. It was ridiculous.”

Price followed with the top 10 hits “Personality” and “I’m Going To Get Married” and the top 20 songs “Lady Luck” and “Question.” He fared no better than many of his contemporaries once the Beatles arrived in the U.S. in 1964, but he found his way into other professions through a wide range of friends and acquittances. He lived for a time in the same Philadelphia apartment complex as Wilt Chamberlain and Joe Frazier and, along with boxing promoter Don King, helped stage the 1973 “Thrilla in Manila” between Frazier and Muhammad Ali and the 1974 “Rumble in the Jungle” championship fight between Ali and George Foreman. He was also a home builder, a booking agent, an excellent bowler and the creator of a line of food products.

His career in music continued, sporadically. He and his business partner Harold Logan started a label in the early 1960s, Double L Records, that gave an early break to Wilson Pickett, and they also ran a New York nightclub. But after Logan was murdered, in 1969, Price became so disheartened he eventually moved to Nigeria and didn’t return until the 1980s. He would become a favorite on oldies tours, performing with Little Richard and Jerry Lee Lewis among others.

He settled in New York with his wife, but was not forgotten back home. A street in Kenner was renamed Lloyd Price Avenue and for years Kenner has celebrated an annual Lloyd Price Day.

Price would credit clean living and steady focus for his endurance.

“I never drank, smoked, used drugs or had bad habits,” he told interviewer Larry Katz in 1998. “I’d drive a taxi cab to get me the food I need to live. I never was starstruck. I had 23 hit records and I never looked for the next record to hit. I never had that need that they had to be somebody. I just wanted to be.”

Harmon finally adjourned the Senate with the prediction that a bill ultimately would pass. Environmental advocates and union representatives would meet "as soon as tonight" to continue to try to hash … END_OF_DOCUMENT_TOKEN_TO_BE_REPLACED

Who ever thought that we could transition so quickly from high to low inventory? Of course, there are still houses for sale. For instance, Winnetka currently has 46 listed homes, some of which … END_OF_DOCUMENT_TOKEN_TO_BE_REPLACED