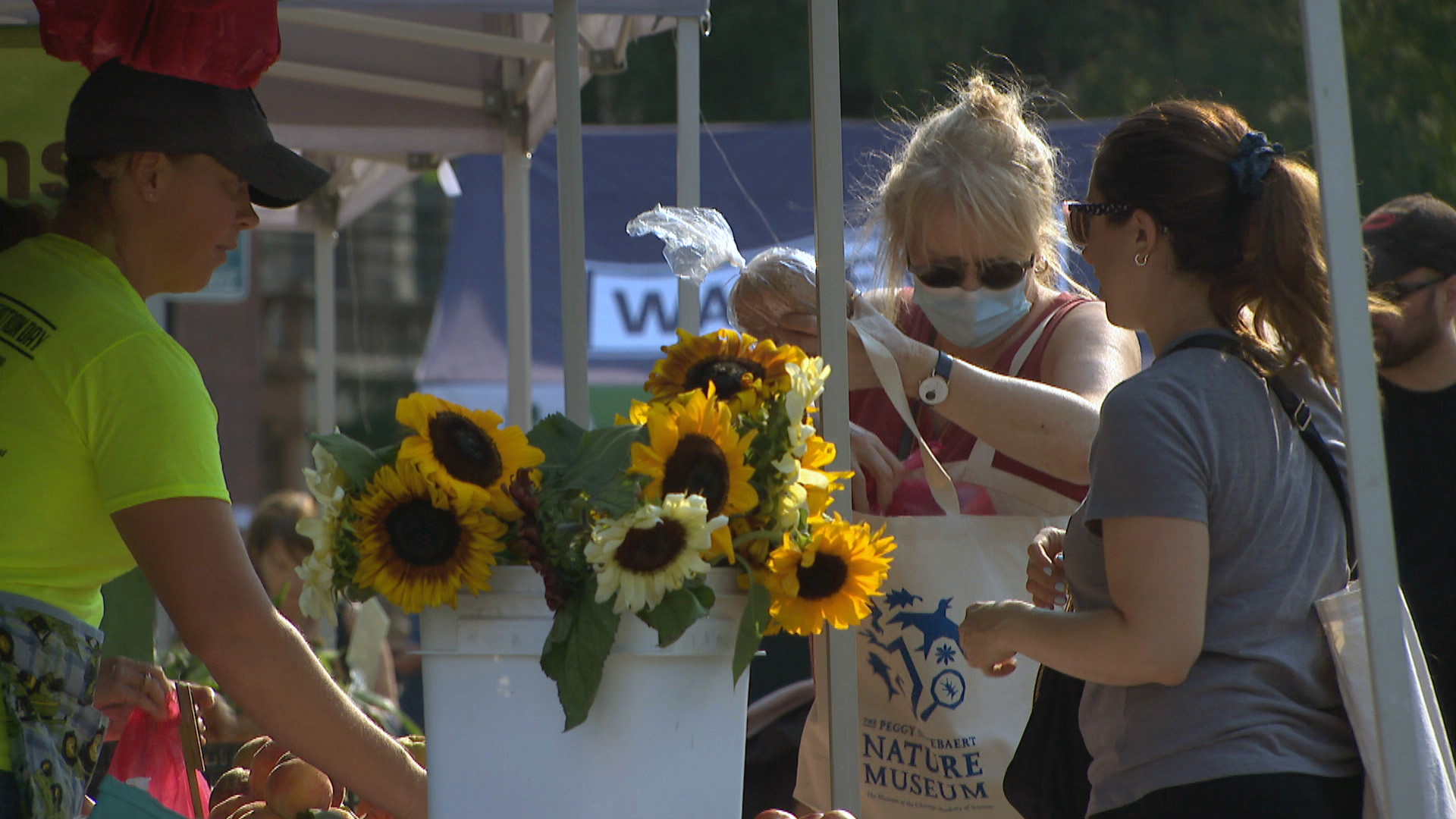 COVID-19 has influenced many street markets in the Chicago region in many ways. This is a part of the shop that was temporarily closed. But this year, the majority of them are back in the forefront with safety protocols.

“Last season was a success, but it was a pain,” said Benjamin, who helps run the farmers market. “I’m grateful that I was able to turn lemons into lemonade. Now that I can implement the protocol, I need equipment that we didn’t have, and with a group of volunteers that we didn’t need before. Working with the market manager … to make all vendors and shoppers feel safe. “

For many street markets and the inhabitants who shop there, it was a priority to have an outdoor space where people could shop with peace of mind and buy food that was “as bare as possible from the farm to the market to the table.” .. Benjamin said.

This season, the restrictions have been relaxed, allowing more positive reactions from shoppers.

The Wolff’s Flea Market, which has been operating in Rosemont for over 30 years, was closed last season due to a pandemic.

Flea market owner David Wolff said: “Once approved, it opened on April 18th of this year. Vendors are down, but customers are growing significantly. Some vendors are still hesitant to come out. . “

According to Wolff, customers have increased by 20% since 2019. Wolff says it’s a sign of recovery from last year, “hurt because small business families didn’t have a place to sell.”

for Pilsen Community Market, Space restrictions are part of the challenge.

Esmilna Garcia, President and CEO of Pilsen Community Market, said: “But there are many vendors who don’t sell food accurately. We want to provide space for everyone, so we keep 70% of the market food and 30% products to be considered a farmer’s market. There is a challenge to do. “

Wolff hopes his flea market will continue to see the same trends as the season progresses.

“We started from where we left off, but it’s still early, so we’re still seeing how things unfold,” he said.

A representative for Vistria declined to comment. Founded in 2013 and led by Marty Nesbitt and Kip Kirkpatrick, Vistria manages more than $8 billion in assets and invests across health care, education … END_OF_DOCUMENT_TOKEN_TO_BE_REPLACED