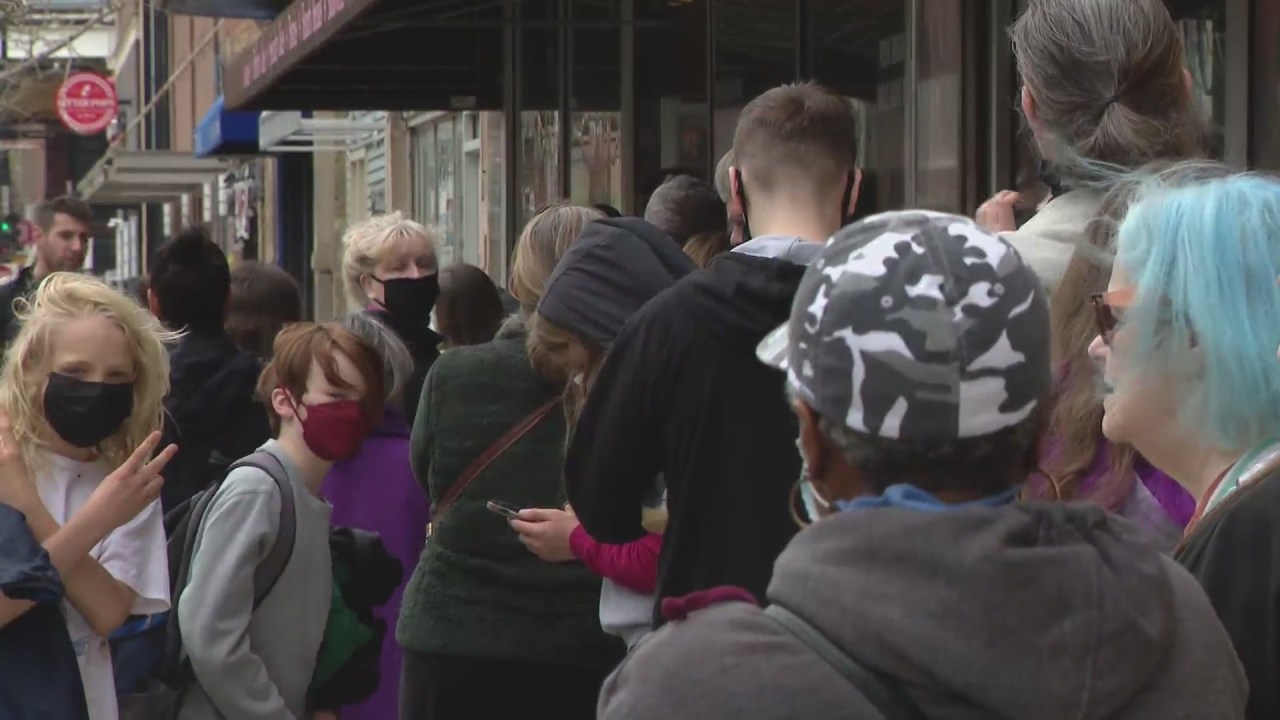 CHICAGO — Ahead of its farewell Saturday, Chicagoans waited in long lines Friday to get their last taste of Dinkel’s Bakery.

One after another, people poured into Dinkel’s to get their last items from the North Side Chicago treasure.

Owner Norm Dinkel said his grandfather opened the bakery in 1922 in a building just across the street. Dinkel’s moved to its current location, at 3329 N. Lincoln Ave., back in 1926.

“AT that time, there were 7,000 retail bakeries in the City of Chicago,” owner Norm Dinkel said. “Because we have to remember that people could not afford to not have kitchens, so the bakery was one on every corner.”

People who waited in the long lines Friday said Dinkel’s is a Chicago institution that has been a part of family traditions.

“I figured it would be quiet and people would be coming in to say goodbye, but I mean, look at this. These people coming in and they have so many family memories, which is nice to have a family business that helped create those family memories, I’m humbled, I’m overwhelmed, all kinds of emotions,” Norm Dinkel said.

Dinkel’s Bakery closing at the end of April

Dinkel is now 79 years old, and after his children decided not to take over the business, he determined it was time to retire. He’s been working seven days a week leading up to Saturday’s closing.

The iconic Dinkel’s Bakery sign will be auctioned off. Dinkel said all of those profits from that sale will go to charity.

SENECA, Ill. — 15 people were injured in a boat fire in Seneca on Saturday afternoon, with one person suffering serious injuries, police said. According to Illinois State Police, troopers responded … END_OF_DOCUMENT_TOKEN_TO_BE_REPLACED

Vallas was CEO of Chicago Public Schools from 1995 to 2001 and served as city budget director under former Mayor Richard M. Daley. More recently, he worked as an unpaid consultant to the Fraternal … END_OF_DOCUMENT_TOKEN_TO_BE_REPLACED

As we continue our look at the candidates running for office this summer, we’re turning our eye toward Illinois’ 2nd Congressional District, where incumbent Rep. Robin Kelly is hoping to be elected to … END_OF_DOCUMENT_TOKEN_TO_BE_REPLACED