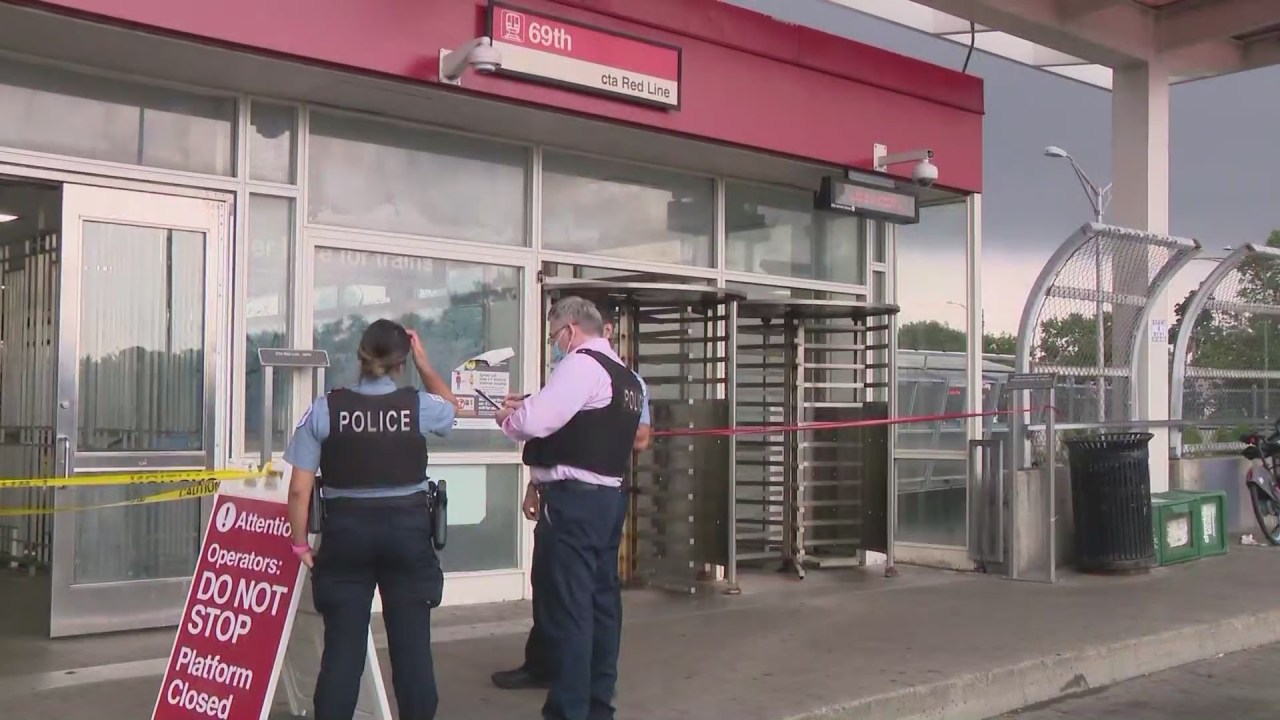 CHICAGO — A person of interest in police custody following a shooting on the CTA South Side Red Line Thursday evening wounded a man.

CTA and Chicago police said a 21-year-old sustained a gunshot wound aboard a train at the 69th Street CTA station. First responders took the shooting victim to a nearby hospital in fair condition.

Vendors down, security up at Taste of Chicago after 2-year hiatus

“CPD and CTA will continue working together to enhance safety throughout the entire system. This includes the use of video technology that allows both the CPD and CTA to monitor activity and respond quickly to active incidents. Riders are reminded that if they see anything suspicious, to please call 911 so police can respond,” a joint statement by CTA and CPD read.

Report: Companies HQs outside of Chicago increasing their Chicago workforces

Lightfoot visited the 51st Street in Fuller Park event, aimed at giving area teens a space to gather and have fun.

The event is a part of her Summer Kickback Series focused around reducing violence in areas on the city’s South and West sides. Further south, St. Sabina Church and Father Michael Fleger hosted their summer block party.

Democrats called the bill the largest investment in fighting climate change ever made in the US, and it’s projected to help cut greenhouse gas emissions by about 40% from 2005 levels by the end of the … END_OF_DOCUMENT_TOKEN_TO_BE_REPLACED