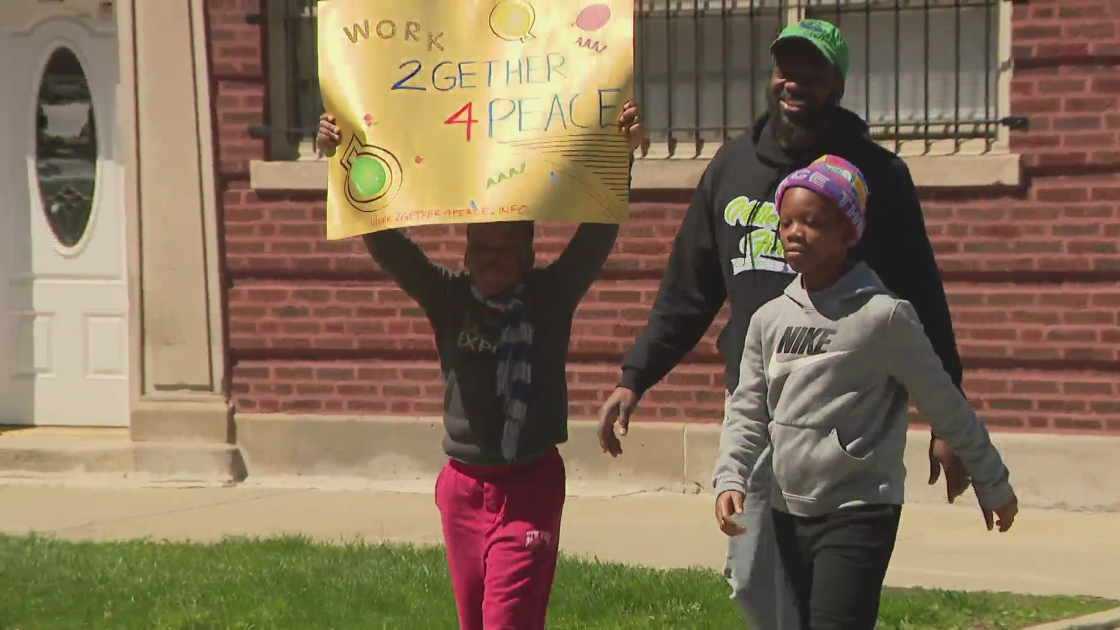 CHICAGO — A peace march was held in South Shore Saturday, bringing community activists, organizations and police officers together to walk several blocks with a message and a mission.

South Shore is one of Chicago’s neighborhoods most plagued by gun violence, with frequent shootings and gunshots heard nearly every day.

Edwards is concentrating on rebuilding a sense of community through marches and events such as this one.

The group is also walking past businesses along 71st Street, many of them shuttered as the block has been the scene of multiple shootings and murders in recent years. City leaders have often struggled to enlist the help to change.

“We can’t talk about the issues we have in our neighborhoods without being a part of the solution,” 5th Ward Ald. Leslie Hairston said.

SENECA, Ill. — 15 people were injured in a boat fire in Seneca on Saturday afternoon, with one person suffering serious injuries, police said. According to Illinois State Police, troopers responded … END_OF_DOCUMENT_TOKEN_TO_BE_REPLACED

Vallas was CEO of Chicago Public Schools from 1995 to 2001 and served as city budget director under former Mayor Richard M. Daley. More recently, he worked as an unpaid consultant to the Fraternal … END_OF_DOCUMENT_TOKEN_TO_BE_REPLACED

As we continue our look at the candidates running for office this summer, we’re turning our eye toward Illinois’ 2nd Congressional District, where incumbent Rep. Robin Kelly is hoping to be elected to … END_OF_DOCUMENT_TOKEN_TO_BE_REPLACED