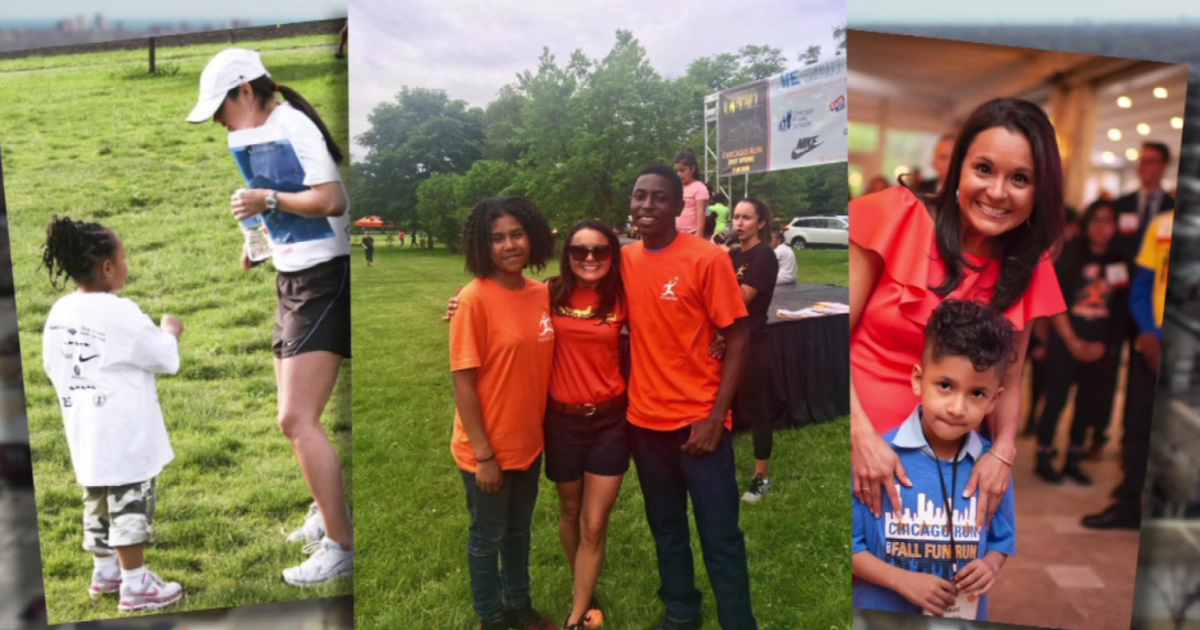 CHICAGO (CBS) — Alicia Gonzalez’s story and life of service started in Pilsen but it’s taken her to the North Side, where she’s working for more equity in youth sports, as executive director of Cubs Charities.

“I will say that I think it was always my purpose in life to be of service,” she said.

Few of us can say we knew our calling as kids, but Gonzalez did.

“I was literally in the womb at protests downtown,” she said. “Other little girls were playing with Barbies. I was folding flyers and going door to door community organizing with my father or my mother.”

She split her childhood between the Pilsen neighborhood and Mexico; her parents never missing a chance to show her how fortunate she was.

“Empathy was instilled in me at a very young age,” she said.

Then came an education in inequities.

“Sports was a huge part of my life, but I always had to go outside of my community in order to access those resources,” she said. “At six years old, I told my dad that it was unfair, and he said, ‘Mija, do something about it.’ And I said, ‘I will.'”

That conversation became Gonzalez’s driving force in a life dedicated to bringing opportunity for sports to every and any Chicago neighborhood. She founded Chicago Run, which works to get school aged kids moving and learning.

“One of the central focus areas of developing that organization was connecting children, through sport, from all these diverse community across the city,” she said.

Now with Cubs Charities, she’s working on bringing the resources required to play ball to more places. Its Diamond Project puts funding into giving facelifts to ballfields across the city.

Inspired by her personal history, Gonzalez’ impact is in creating what she didn’t have growing up: the chance to be an athlete, with all the bells and whistles in your own backyard, no matter where you live. And she’s not done.

“We have a lot more to do. I think we have been building this continuum of programing for several years now. It needs a home. It needs an indoor and outdoor place where we can house our programs,” she said.

And if you ask her if she’ll make it happen, like her dad did decades ago, she’ll tell you she will.

Marie Saavedra joined the CBS2 Chicago news team in October 2020 as an anchor. She grew up in Evanston and is a graduate of the Missouri School of Journalism.

CHICAGO — Former Ukrainian troops are visiting Chicago to pay tribute to their brothers-in-arms this Memorial Day Weekend. Ukrainian veterans who fought in places like the Donbas region and the … END_OF_DOCUMENT_TOKEN_TO_BE_REPLACED

Hart was promoted to president from general counsel in 2020, but the CARES Act compensation limits were based on 2019 pay. His total compensation last year was estimated at $3.5 million, mostly … END_OF_DOCUMENT_TOKEN_TO_BE_REPLACED

After an often-contentious floor debate, the Chicago City Council has passed a new weekend curfew for the city’s residents, moving it back from 11 p.m. to 10 p.m. on weekends. The new ordinance will … END_OF_DOCUMENT_TOKEN_TO_BE_REPLACED