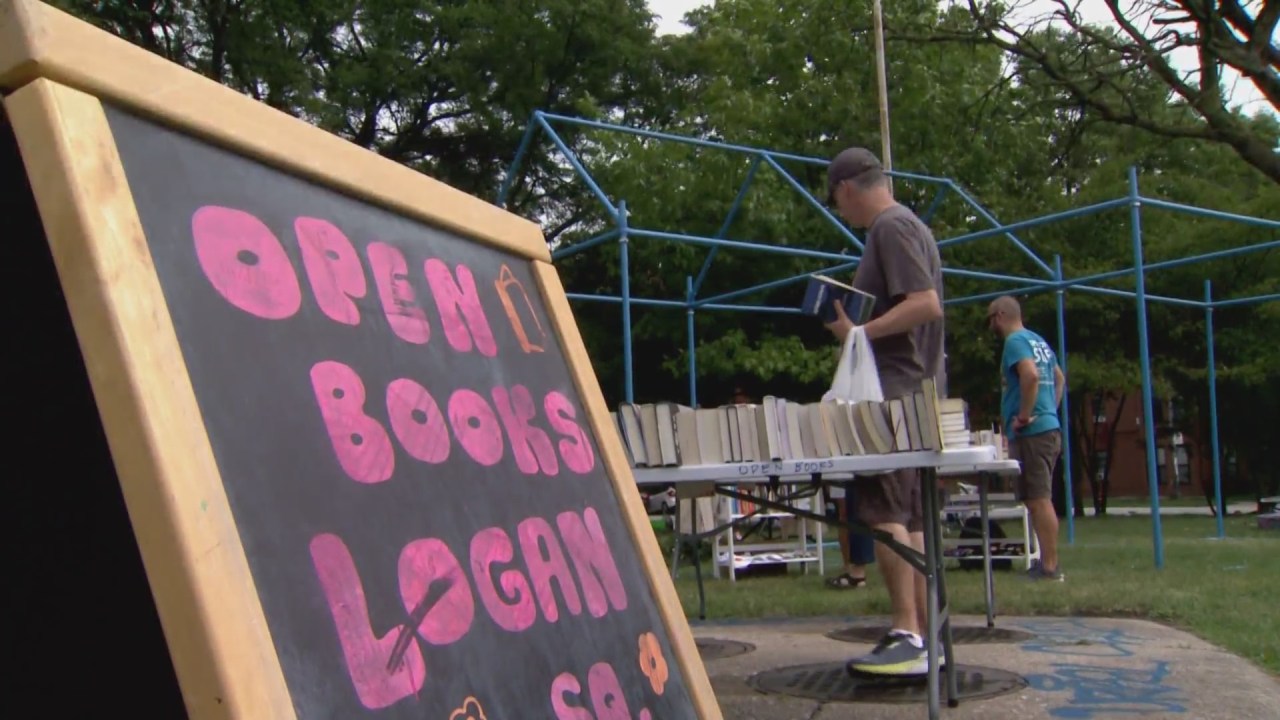 A pop-up bookstore was held in Chicago’s Logan Square neighborhood Sunday as ‘Open Books‘ readies for its next chapter, a third retail location set to open at 2068 N. Milwaukee.

“Open Books was started a little over 15 years ago in the spirit of recapitalizing and repurposing used books,” Johnson said.

‘Open Books’ also has bookstores in Pilsen and the West Loop, with sales helping to fund their initiatives to promote literacy while increasing access to books in underserved areas.

“Our main mission is to transform lives through reading, writing and the power of books,” Johnson said. “The most fulfilling thing, not only being able to traffic in my love of books, is to be able to engage with the community and be able to bring that same feeling to others.”

Johnson says the nonprofit receives more than a million donated books every year.

“We have book donations, we can always use more because of the demand, not only for people to buy books but for us to be able to grant books through a number of different vehicles to children and families,” Johnson said. “I would love for us to work ourselves out of a business where everyone has books, but there’s still a lot of work to do and it’s an exciting way for people to help fuel that.

A GoFundMe for the bookstore has raised more than $14,000.

Democrats called the bill the largest investment in fighting climate change ever made in the US, and it’s projected to help cut greenhouse gas emissions by about 40% from 2005 levels by the end of the … END_OF_DOCUMENT_TOKEN_TO_BE_REPLACED