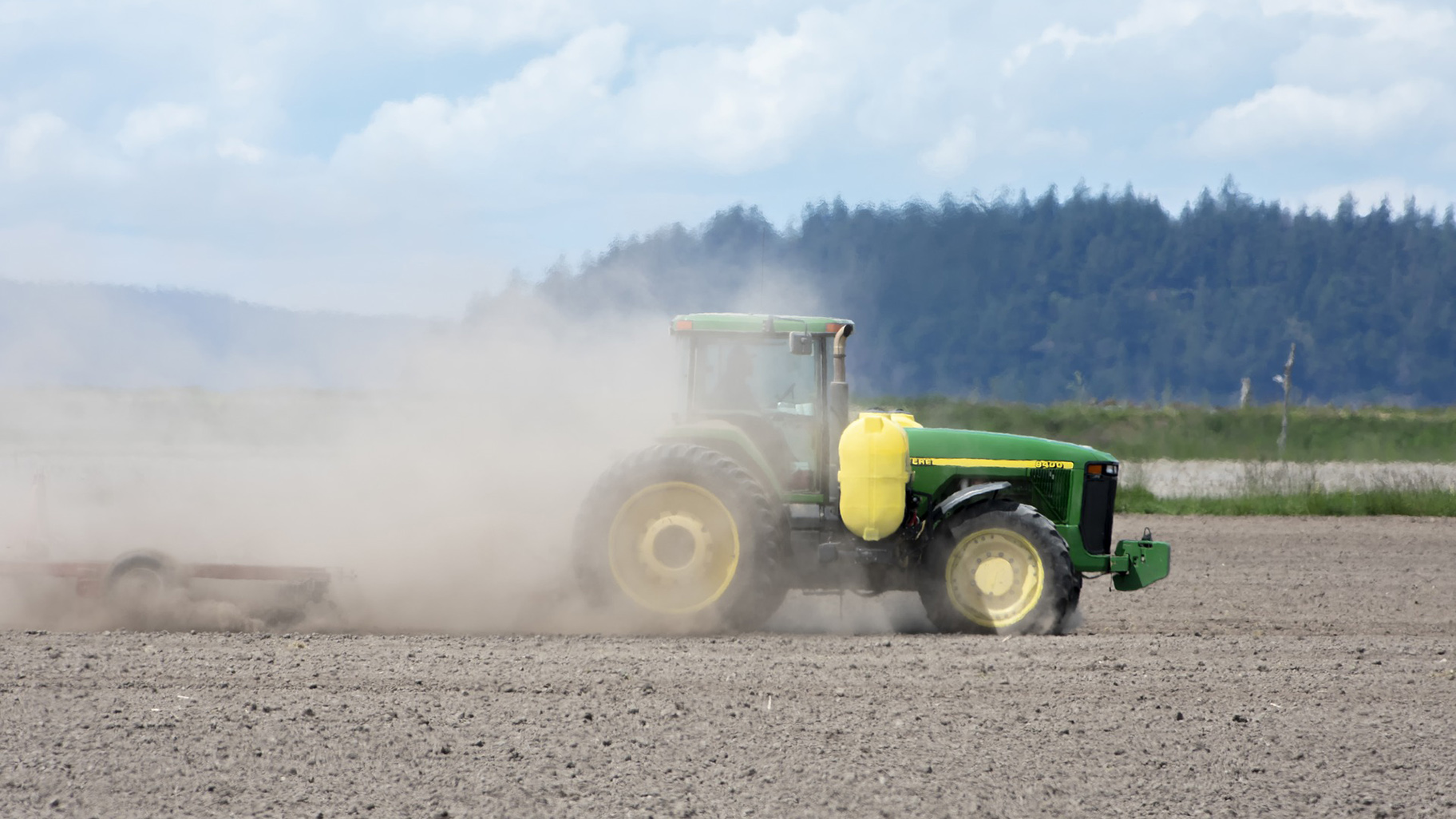 
After record floods in 2019, northern Illinois is now experiencing a severe drought, the likes of which have not been seen in more than 30 years.

According to state data, this spring was the third driest on record — and those records go all the way back to 1871.

That means the soil is drying out, and without significant rainfall some farmers could begin to lose crops.

Mark Tuttle, a farmer in Somonauk and a district director for the Illinois Farm Bureau, says the drought has spread from northern Iowa and the Dakotas.

“The drought kind of starts in the northeast part of Illinois and goes west through the northern half of Iowa. And out in the Dakotas it’s even more severe,” Tuttle said. “If you look back at a 12-month map, you’ll see that it’s actually been growing. It’s been expanding our way.”

“If you actually go back to July last year and start looking at the monthly rain totals, we have been steadily losing ground. Out in Iowa there are places that are 15-20 inches behind in moisture. In northern Illinois we are like 5-9 inches behind,” Tuttle said. “I’m concerned going forward that if we don’t start making up part of the deficit, we are actually going to be losing crops because we’re not going to have the moisture in the ground to carry the crops through to harvest.”

From now until the first week of August, Tuttle says that corn crops need roughly 1.5 inches of rain each week. He said soybeans don’t need as much water until they start to set pods, but that they still need a couple of inches of rainfall a month to reproduce.

Chicagoans may see the impact of the drought at local farmers markets, according to Tuttle, because much of that produce is grown without irrigation. So if the drought continues, that it likely to translate into lost crops and higher prices for some goods.

Mike Von Bergen is a family farmer in McHenry County and the owner of Von Bergen’s Country Market in Hebron. He grows everything from soybeans to pumpkins to sunflowers, and says the fact that his crops are so diversified has helped alleviate the impact of the drought.

“We have some corn and soybeans in that mix and some wheat, but sweet corn, pumpkins as well as sunflowers,” Von Bergen said. “We had a lot of snow pack this winter and the last four years for us have been terrible as far as being too wet.”

Von Bergen says that right now “all the crop looks good” but that corn and soybeans are a low priority for him.

“I’m more concerned about sunflowers and getting people on the farm and doing the activities like that. That generates more revenue for us than corn and soybeans,” he said. “We’ve done a 180 and are looking at things a lot different and doing more of the tourism and entertainment, working with the community. Getting everybody involved and everybody benefits from that.”

While his business has been weathering the drought well so far, it has meant more work irrigating his fields. Von Bergen says it takes 27,000 gallons to water just 1 acre transported 1,000 gallons at a time to his fields.

But despite the challenges of extreme weather and a 100-year pandemic, Tuttle says the economics of farming are looking pretty good at present.

“(Farmers) are in pretty decent shape economically,” said Tuttle, thanks in part to pandemic relief for farmers. “Just like the PPP (Payroll Protection) program, farmers were compensated by the federal government for pandemic losses when they couldn’t take hogs or cattle to market … And I think the government did a very good job of stabilizing things.”

Von Bergen says that despite having to face adversity, “It’s always a good time to be a farmer.”

WAUCONDA, Ill. (AP) — A bison that escaped a suburban Chicago farm last September and had been living in the wild since was recaptured Wednesday, officials said. The 1,300-pound bison some had come … END_OF_DOCUMENT_TOKEN_TO_BE_REPLACED

With suburban home value growth surpassing that of urban homes, the most popular areas appear to be outside the city. According to Zillow, all 10 of its current top markets are located roughly 30 … END_OF_DOCUMENT_TOKEN_TO_BE_REPLACED

The measure passed 30-19. After the first meeting adjourned, the City Council briefly met for a second time during a special meeting called for by 30 aldermen to grill city leaders about Chicago’s … END_OF_DOCUMENT_TOKEN_TO_BE_REPLACED