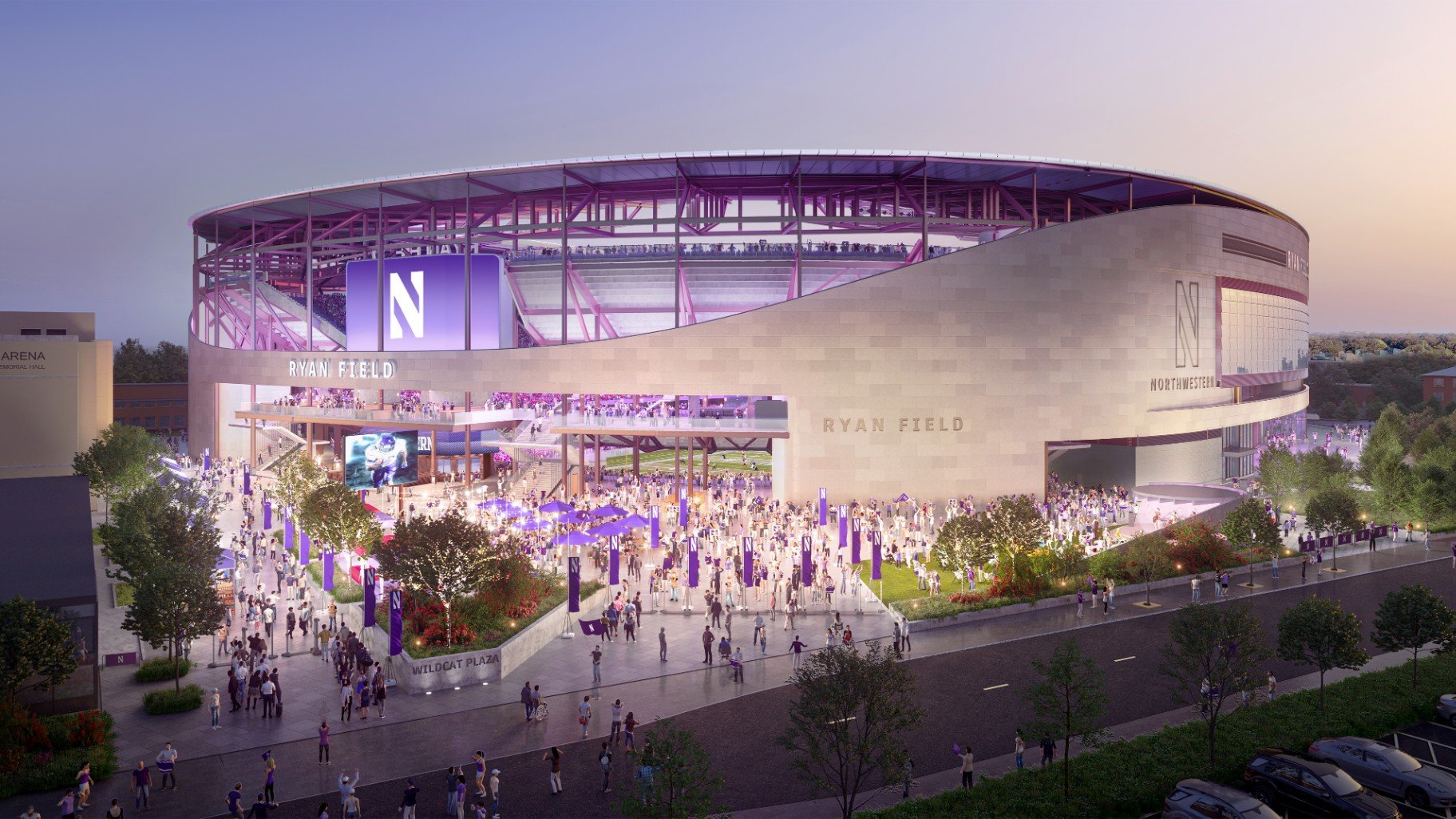 Northwestern University on Wednesday unveiled plans for a state-of-the-art $800 million stadium, which would replace the almost 100-year-old Ryan Field.

The new stadium would be a privately funded project made possible by the Ryan family, according to a news release from the school.

A rendering of a planned new Ryan Field in Evanston. (Credit: Northwestern University)


The project aims to emphasize fan experience while also becoming a community asset as Northwestern University claims it will be a “year-round hub for community activities.”

The university will still need to work with community members and the city of Evanston to get the green light and begin construction, said Danny Ecker, a reporter for Crain’s Chicago Business.

“I’m sure there will be people who have things to say about a number of events, light and noise and want to know more details about how the stadium is designed to limit those and limit the impact,” he said.

The university estimates the project will generate 2,900 jobs and bring $600 million in indirect economic development. If approved, the new stadium will be finished in 2026, according to the school.

CHICAGO — A Chicago man faces criminal charges in the riot at the US Capitol nearly two years ago.  Federal authorities say James McNamara was identified as the suspect seen repeatedly ramming the … END_OF_DOCUMENT_TOKEN_TO_BE_REPLACED

Other provisions would loosen the definition of an EV worker and appear to be aimed at existing automakers in Illinois, especially Stellantis and Ford. They have huge conventional auto assembly plants … END_OF_DOCUMENT_TOKEN_TO_BE_REPLACED