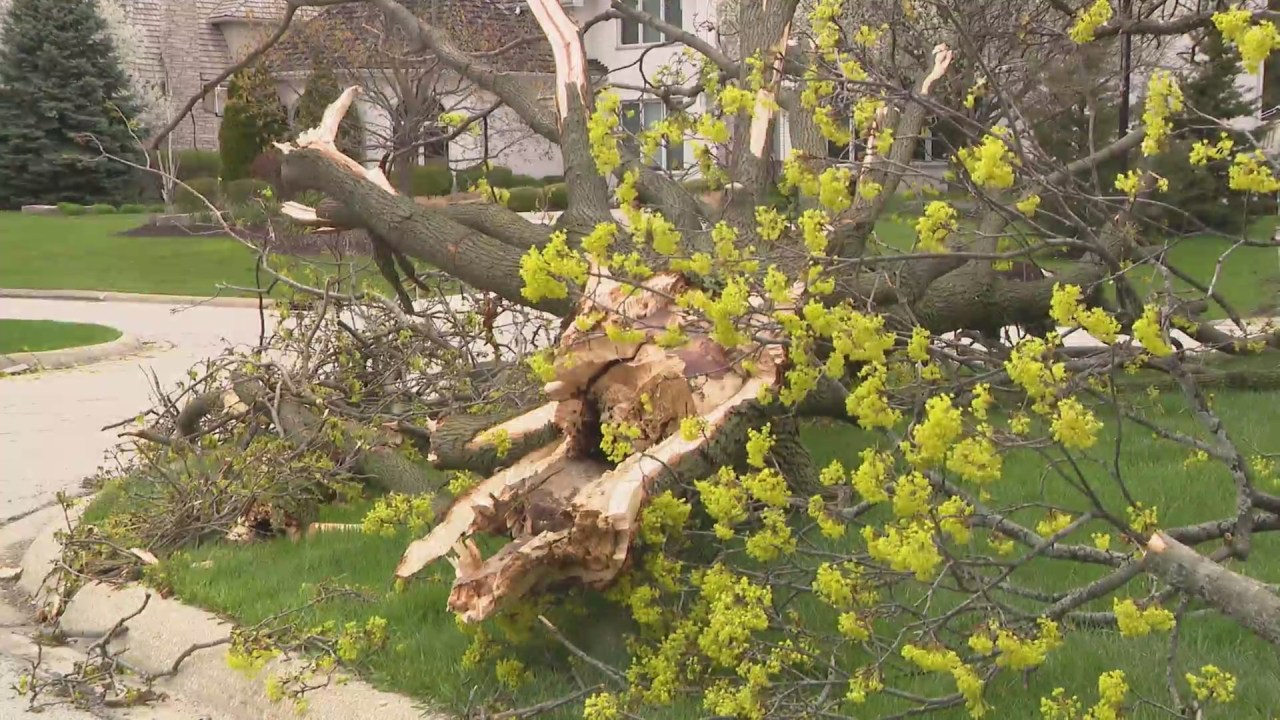 OAK BROOK, Ill. (AP) — At least two twisters reportedly touched down briefly as part of a storm system that rolled across northeastern Illinois.

One EF-0 tornado snapped tree branches and uprooted some trees as it traveled about two miles (3.2 kilometers) on the ground before 5 p.m. Saturday west of Chicago in Oak Brook.

The second EF-0 tornado was confirmed about 5:50 p.m. Saturday in Candlewick Lake in northern Boone County, northwest of Chicago.

The Oak Brook tornado damaged part of a roof. Peak winds upwards of 75 mph were reported. The National Weather Service says it had a maximum width of about 60 yards (54 meters).

No injuries have been reported from either tornado.

It passed through the area just as students from a local high school were arriving at a hotel for their prom.

“They were arriving when this started to happen and thank goodness that they stayed in their cars and nobody was injured,” Westmont Fire Chief Steve Riley said.

Brenda Easter and her husband waited out the storm in their basement.

“We just saw a lot of wind,” she told the television station. “We looked out the window and then our TV was buzzing to get in the basement. It’s kind of scary on how close it was but we felt safe the whole time.”

On Friday, a tornado barreled through parts of Kansas, destroying or damaging hundreds of homes and buildings. Several people were injured and more than 15,000 were left without power.

Three University of Oklahoma meteorology students traveling back from storm chasing in Kansas also were killed in a crash Friday evening with a tractor-trailer rig about 85 miles (137 kilometers) north of Oklahoma City, according to officials.

As the 2022 political season gets into full swing, one of the most intriguing candidates for elected office is Herschel Walker. The star running back with the University of Georgia and Dallas Cowboys … END_OF_DOCUMENT_TOKEN_TO_BE_REPLACED