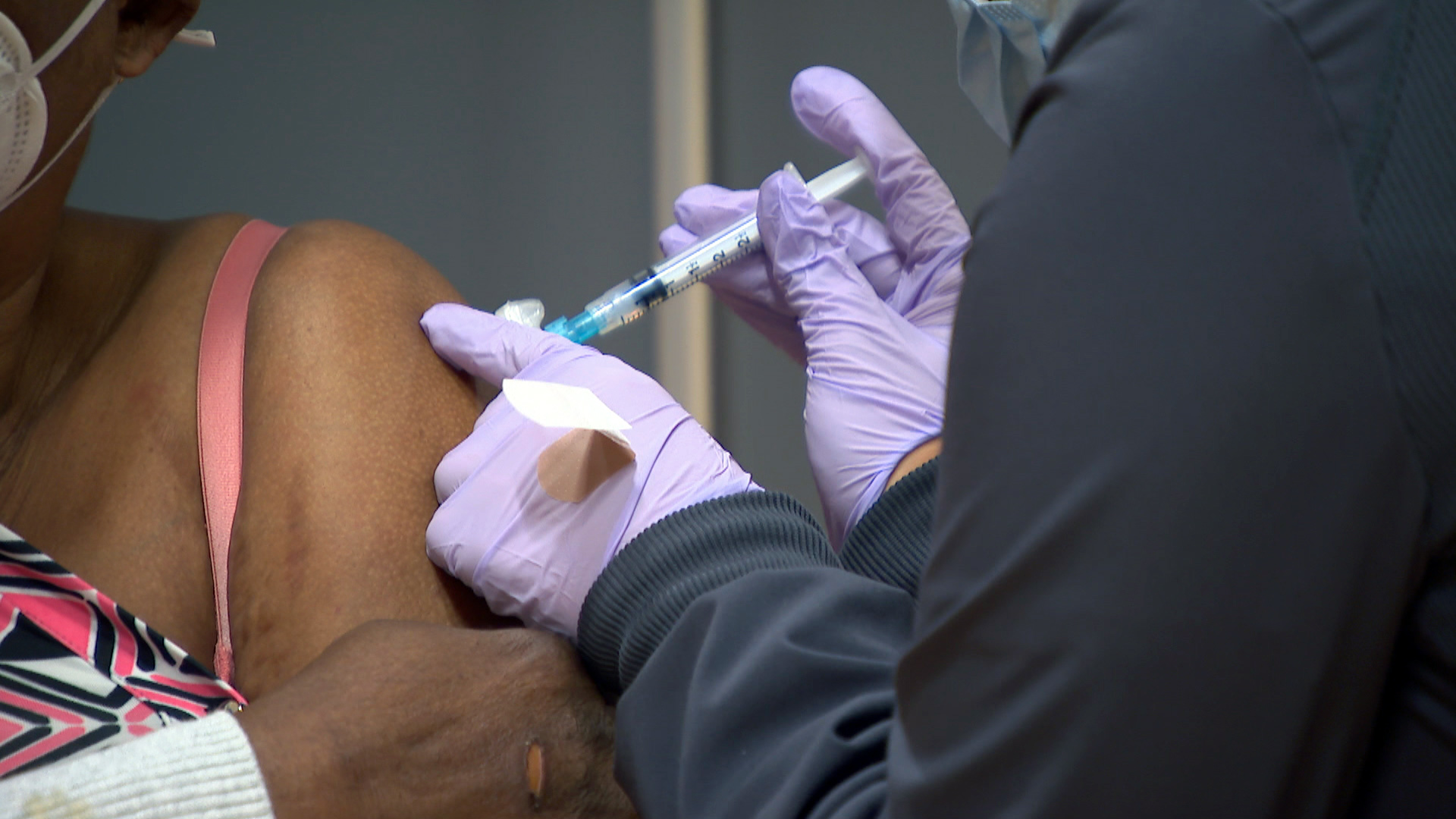 
Chicago officials announced a new effort Tuesday to reach Chicagoans who have not yet been vaccinated against COVID-19 as demand for the vaccine has dropped by nearly 50% during the past month.

Dr. Allison Arwady, the commissioner of the Chicago Department of Public Health, said cases of COVID-19 are now concentrated among young, Black Chicagoans who live on the city’s South Side.

Black Chicagoans are also more likely to be hospitalized and die from COVID-19 than any other racial group in Chicago, Arwady said.

While the city is making “excellent progress” against COVID-19, Arwady warned Chicagoans that the pandemic is not yet over.

“We are not finished with COVID-19,” Arwady said. “Just as we have seen throughout this outbreak, COVID continues to hit the hardest in predominately Black and predominately Latinx communities.”

An average of 435 Chicagoans have been diagnosed each day with the coronavirus during the past week, a 15% decrease from the previous week, according to Chicago Department of Public Health data. The city’s test positivity rate has dropped to 4.1% from 4.5% during the past seven days, according to city data.

Cases of COVID-19 are dropping faster among Latino, White and Asian Chicagoans than among Black Chicagoans, according to city data.

Nearly five months after the first COVID-19 vaccines were administered in Chicago, city officials are still struggling to inoculate residents older than 65, who are at highest risk of severe illness and death if they contract COVID-19.

“And I worry, because we are seeing severe outcomes in those folks,” Arwady said.

White Chicagoans are more likely to have been vaccinated against COVID-19 than Black or Latino Chicagoans, according to city data.

Approximately 53% of Chicagoans who have received at least the first dose of the COVID-19 vaccine are white and 51% are Asian, outpacing Black and Latino Chicagoans who are significantly more likely to contract the virus and suffer severe illness or die, according to city data.

Overall, 58% of Chicagoans older than 18 have received at least the first dose of the COVID-19 vaccine. Chicagoans ages 12-15 are expected to become eligible for the Pfizer vaccine on Thursday.

Chicago’s overall vaccination rate as well as the rate among Black and Latino Chicagoans is better than any other large city in the United States, Arwady said.

“However, there is still a long way to go,” Arwady said.

At its peak a month ago, the city administered more than 30,000 doses of one of the three approved COVID-19 vaccines per day on average, according to city data. This week, the city is administering less than 15,000 doses per day, Arwady said during an online question-and-answer session Tuesday.

Part of the city’s strategy to boost vaccination rates is to send “strike teams” to workplaces as well as senior apartment complexes and wherever people are, Arwady said.

In addition, the city’s health department has retrofitted several city buses to administer doses of the vaccine as efficiently as possible.

The first phase of the city’s homebound vaccination program is nearly complete after a slow start, Arwady said.

To address vaccine hesitancy in Chicago, Arwady announced Tuesday the Department of Public Health would partner with Malcolm X City College to offer a two-hour online course designed to help community members become vaccine ambassadors by arming them with facts and data.

“People are more likely to listen to their friends and neighbors and that is why developing a local ambassador program is so important,” said David Sanders, president of Malcolm X College. “We are providing vaccine ambassadors with vaccine education so they can share the facts and save lives. Ambassadors will help educate and ease concerns. This work is vital to the community and our country.”

Harmon finally adjourned the Senate with the prediction that a bill ultimately would pass. Environmental advocates and union representatives would meet "as soon as tonight" to continue to try to hash … END_OF_DOCUMENT_TOKEN_TO_BE_REPLACED

Who ever thought that we could transition so quickly from high to low inventory? Of course, there are still houses for sale. For instance, Winnetka currently has 46 listed homes, some of which … END_OF_DOCUMENT_TOKEN_TO_BE_REPLACED