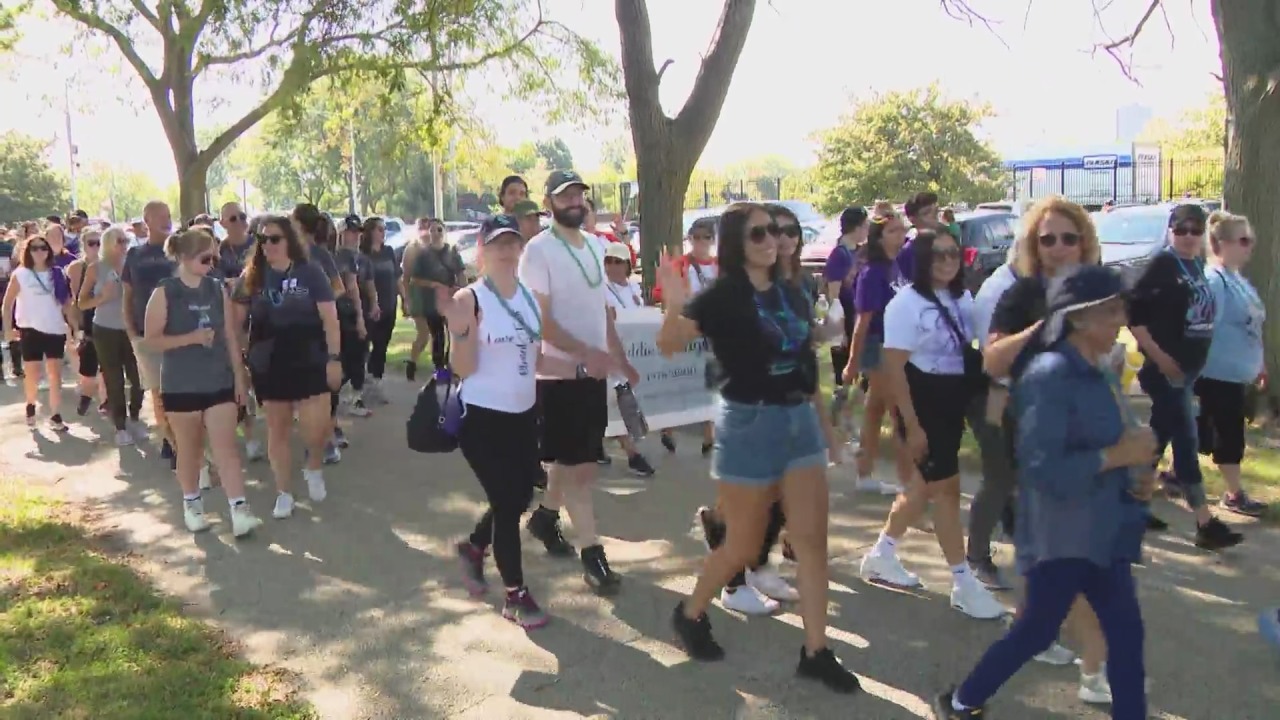 CHICAGO — Thousands gathered for the ‘Out of the Darkness Walk’ to bring hope to mental health and suicide prevention Saturday by the lakefront.

When this walk started 19 years ago, just a few hundred showed up.

This year, more than 4,000 came to show support to survivors and those who have lost loved ones.

Jessie Saban came to walk in honor of her cousin who she said, battled things nobody should battle — and that he lost that battle to mental illness.

“Jonathan was the most amazing person ever. He was always there for everyone,” Saban said.

Every step at the “Out of the Darkness Walk” has a story. Many others came to simply lend a voice to mental health awareness cause.

Angela Cummings from the American Foundation for Suicide Prevention – Illinois Chapter said to be cautious of warning signs in others.

“There are distinct risk factors, and there are some very simple interventions with the people that can actually save a life,” Cummings said.

At a time when suicide prevention and mental health hit critical awareness, walks like this help to shine a light and give hope.