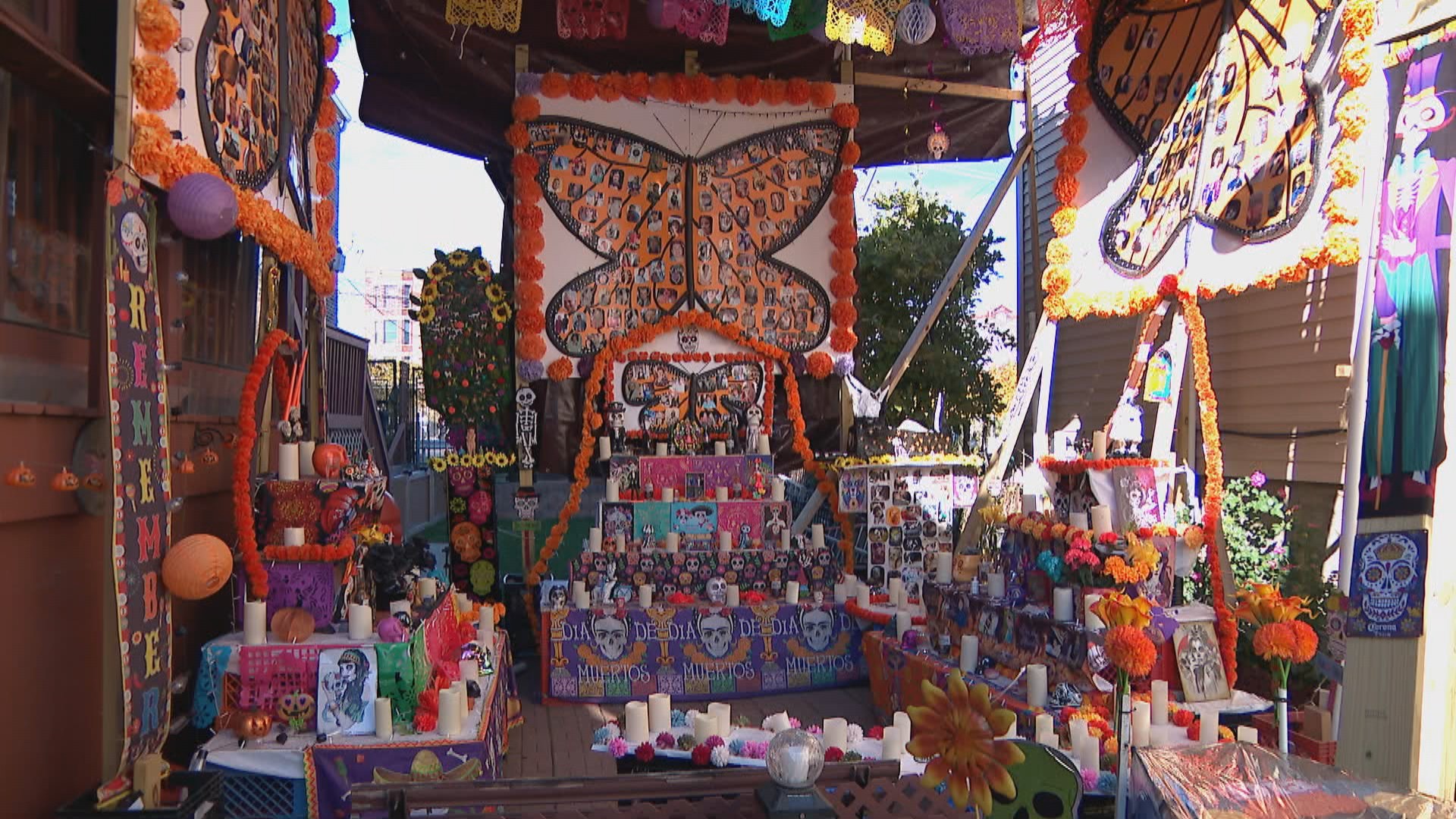 Tuesday marked the start of Dia de los Muertos, or the Day of the Dead, a Mexican holiday honoring loved ones who have died.

In Pilsen, one Chicago resident transformed her backyard into an altar that provides a transportive experience. You’ll find skulls, flowers and all kinds of objects offered to those who once lived.

“There’s a phrase that says that people die when they are forgotten … so they are always going to live in our hearts,” said Isabel Hernandez.

For the last three years, Hernandez has spent weeks building elaborate Day of the Dead altars.

“Even if I spend a certain amount of money, this is my way of giving back to the community. To share something that I like to do and I can do it for them and not just me. I’m happy with it,” she said.

For two nights, it’s believed the border between the real world and spirit world merge. During those nights the souls return to celebrate and feast with their loved ones.

“People think this is something evil because we are remembering the dead. No, this is celebrating the life of the people who are no longer with us,” Hernandez said. “When we make our altars with all the family members that died, it’s also to teach other generations about people they have never met … This is our history and sometimes we find something out in common in our relatives.”

This year, Hernandez’s theme is the “Cycle of Life.” A tribute to more than 400 people and pets who once called Pilsen home.

“I decided in one area I was going to put the young people, even the babies,” she said. “Then in the middle it’s the middle aged people and the seniors and finally the coffin which is the end of life.”

The Pilsen resident says she has never considered herself an artist, yet mostly everything in her display is handmade.

Despite dealing with carpal tunnel syndrome, she says her passion to design helps with the pain.

CHICAGO — A Chicago man faces criminal charges in the riot at the US Capitol nearly two years ago.  Federal authorities say James McNamara was identified as the suspect seen repeatedly ramming the … END_OF_DOCUMENT_TOKEN_TO_BE_REPLACED

Other provisions would loosen the definition of an EV worker and appear to be aimed at existing automakers in Illinois, especially Stellantis and Ford. They have huge conventional auto assembly plants … END_OF_DOCUMENT_TOKEN_TO_BE_REPLACED