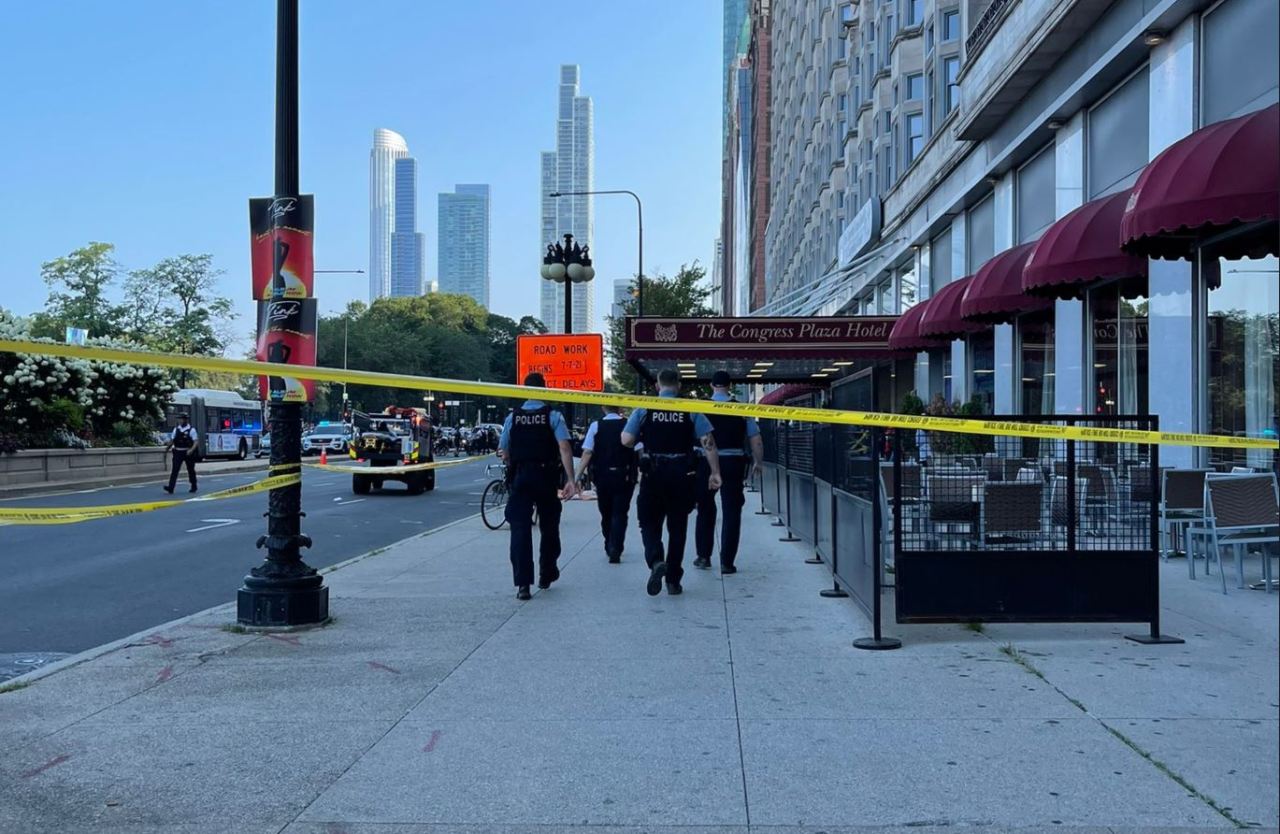 CHICAGO — Three people were injured after smashing through a window of the Congress Plaza Hotel near the site of Lollapalooza. According to police, a scuffle broke out over counterfeit event tickets.

Witnesses say the altercation occurred over entry into Lollapalooza.

#BREAKING: hearing reports of at least 2 people “thrown” (according to their friends) through a glass window at the Congress Plaza Hotel. At least 1 person taken to Northwestern. Trying to confirm info and get more of it. @WGNNews pic.twitter.com/tUrSxFqdjT

According to police, on Sunday around 5:45 p.m., emergency crews responded to the 500 block of S. Michigan in Chicago’s Loop. Police said a man allegedly sold counterfeit event tickets to a group of two men and two women.

The men confronted the offender and a fight ensued, police said. As a result, three people went through a window at the Congress Plaza Hotel.

#UPDATE: Police say this happened after a man allegedly sold counterfeit event tickets to a group of 2 men & 2 women. The men confronted the suspect. A fight ensued. All 3 went through a window at the hotel. All 3 are in good/stable condition. Suspect is in custody. @WGNNews

Police said all three victims suffered multiple lacerations to the body. All three were reported in good/stable condition.

A suspect is in custody.

A representative for Vistria declined to comment. Founded in 2013 and led by Marty Nesbitt and Kip Kirkpatrick, Vistria manages more than $8 billion in assets and invests across health care, education … END_OF_DOCUMENT_TOKEN_TO_BE_REPLACED