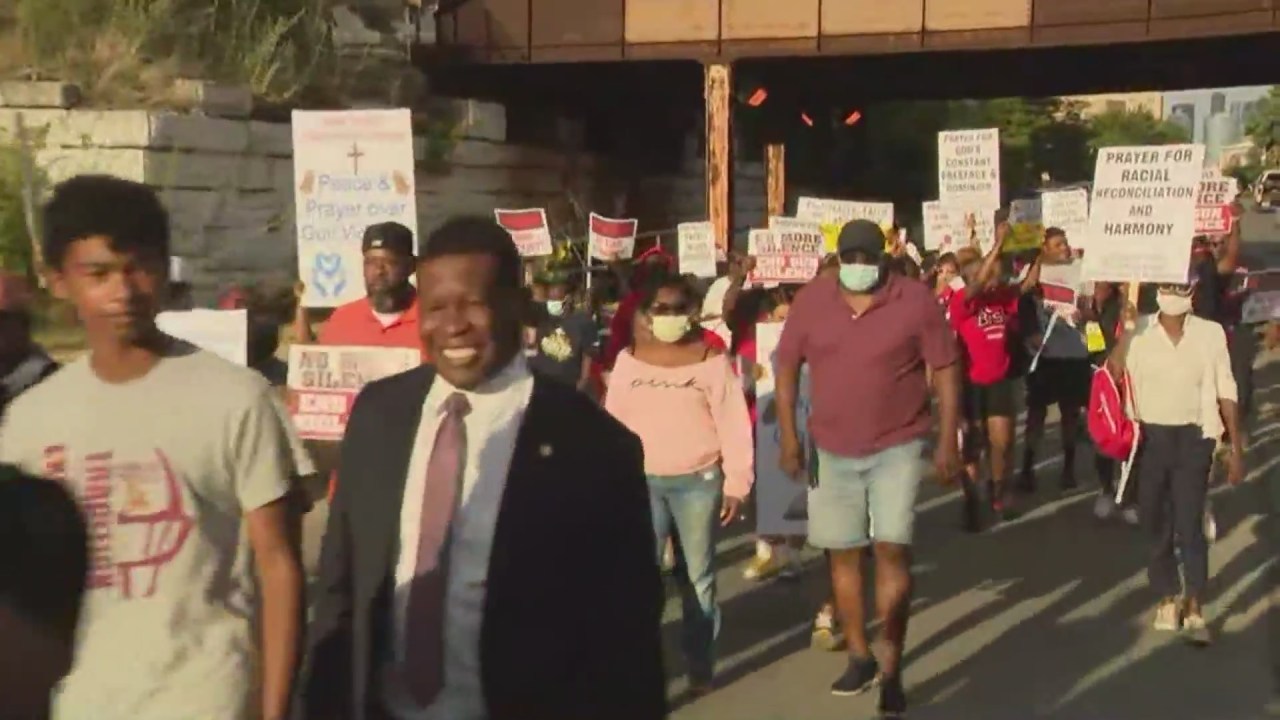 CHICAGO — Prayers for peace and an end to the city’s gun violence filled Westside streets Thursday night as church leaders rallied, hoping that not being silent would help curb gun violence.

“We’re hoping that as a result of this, this is just the beginning of something big: the church and the community working together,” said New Landmark Missionary Church pastor Cy Fields.

Triple shooting on West Side leaves 2 in critical condition

According to Chicago police, over 1,500 reported shooting incidents have occurred this year. Reverend Dr. Sheldon Williams traveled from New York to participate in the rally and support the community.

Young people like James Solis with Base Chicago are optimistic that positive community events like this will make a difference in curbing violence.

“A lot of our friends and family we see get gunned down; we come from bad areas, so we’re kind of used to it, but hopefully we’re bringing awareness, so we get rid of that,” Solis said.

Pastor Fields says Thursday’s march and rally are just the beginning in the fight to stop gun violence.

“In my mind, this is just the first,” Fields said.

Democrats called the bill the largest investment in fighting climate change ever made in the US, and it’s projected to help cut greenhouse gas emissions by about 40% from 2005 levels by the end of the … END_OF_DOCUMENT_TOKEN_TO_BE_REPLACED