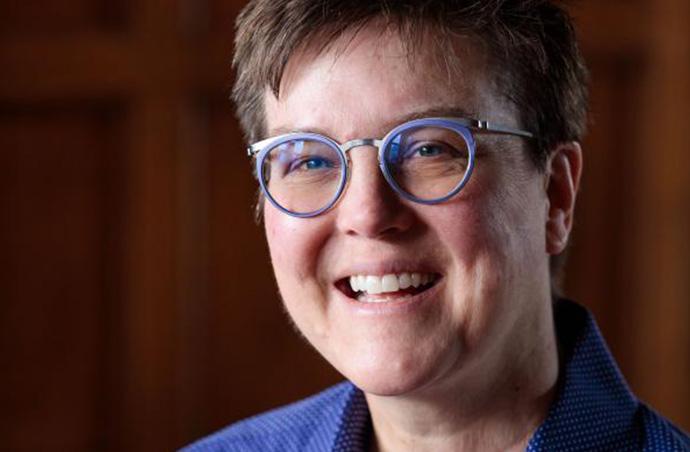 Prof. Deborah Nelson has been named the speaker for the University of Chicago’s Convocation ceremony on June 9.

The Helen B. and Frank L. Sulzberger Professor of English and the College, Nelson specializes in the study of late 20th-century U.S. culture and politics. Her research interests include American literature and plays, gender and sexuality studies, photography, and Cold War history.

“I’m honored to address this year’s graduates, who have shown such remarkable perseverance and creativity during these extraordinary times,” said Nelson, a UChicago faculty member since 1996.

A former director of UChicago’s Center for the Study of Gender and Sexuality, Nelson’s recent scholarship has focused on the intersecting paths of female writers, critics and artists. Her latest book, Tough Enough, explores how unsentimentality served as a way to process pain for six women: Diane Arbus, Hannah Arendt, Joan Didion, Mary McCarthy, Susan Sontag and Simone Weil. The book won the 2019 Gordon J. Laing Award, the highest honor given by the University of Chicago Press.

Nelson’s first book, Pursuing Privacy in Cold War America, investigated postwar discourse on privacy—from landmark Supreme Court rulings to the writings of confessional poets. She is also a founding member of the Post45 collective, which publishes an online journal and book series at Stanford University Press.

The 534th Convocation ceremony, the annual “calling together” of the University community and its graduating students, will be held virtually and broadcast online at 4 p.m. CDT on June 9. It will kick off many in-person and virtual events celebrating Convocation, including Class Day in the College, as well as diploma and hooding ceremonies across the University.

Cook County this week has 51 cases per 100,000 people, up 78 percent from the prior 7-day period, CDC data shows. Under the federal agency’s recommendation, areas of substantial transmission are those … END_OF_DOCUMENT_TOKEN_TO_BE_REPLACED

Origin launched its first QOZ fund in 2018 and has committed $100 million of the $265 million it raised to five apartment projects, including one recently completed in Pilsen. Origin plans to use the … END_OF_DOCUMENT_TOKEN_TO_BE_REPLACED