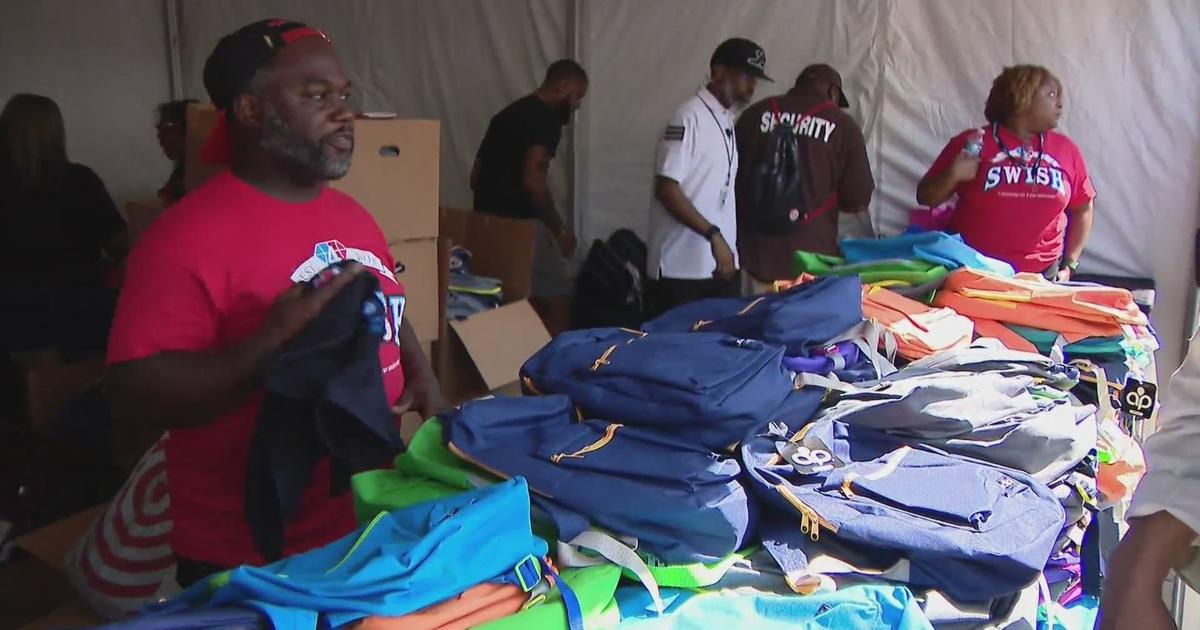 CHICAGO (CBS) — Sixty-eight days of summer flew by for Chicago Public Schools students who return to class Monday. Sunday a local foundation helped kids get in the back-to-school spirit.

The event at Chicago’s DuSable Black History Museum and Education Center was the first time Project sWISH has put on an event this big to help parents and students.

“I like that they did a raffle, and I won a big bag full of goodies,” said Layla Radovcic.

But the district is still facing some challenges, including a national bus driver shortage.

Project sWish, a foundation that utilizes sports and entertainment to bring the community together, is helping parents send their kids back to school with the right tools.

Parent Shalay Breclaw came out not only to get last minute school supplies but also to show support for the foundation.

“It’s beautiful to see how much the organization has expanded. Now they’re at the DuSable Museum and able to have a big event like this,” Shalay Breclaw.

Big events like this are possible due to new CDC guidance, which is the basis for CPS mitigation strategies this year.

The district will continue to strongly recommend wearing makss, offer free in-school testing programs each week and exclude students and staff members from school for five days if they test positive for COVID-19.

One major change to protocols is unvaccinated students and staff members who come in close contact with an infected person will no longer be required to stay home for five days.

Because of bus shortages, CPS is also offering $500 monthly stipends or CTA passes for some transportation situations.