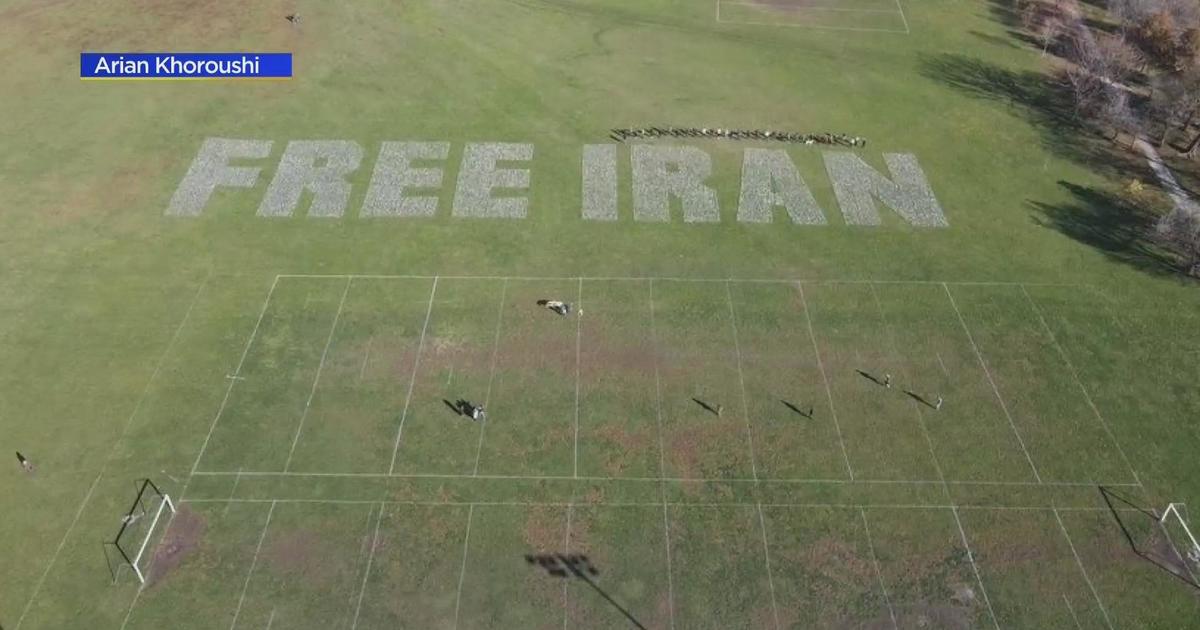 CHICAGO (CBS) — In Chicago Sunday protesters joined forces to speak out for people thousands of miles away in Iran.

Protesters in Chicago spelled out “Free Iran” in a white flag demonstration near Montrose Beach.

At least 14,000 flags were placed on the grass there Sunday afternoon. Each flag represents prisoners and journalists who are being held and tortured at prisons across Iran. That number also includes university students, musicians, artists and athletes.

International human rights groups report at least 300 people, including 40 children, have died in protests since the death of Mahsa Amini.

She died in the custody of the country’s morality police for wearing her hijab improperly.

This week more than 1,000 indictments were handed down to protesters. Many of them were sentenced to death.

“It’s really simple: We want to free Iran. We want justice for everyone. We’re not asking for a lot, for people to stop supporting the Islamic regime and accept this revolution for regime change,” said Saba Latifi, who is Iranian.

The Chicago Park District granted activists a permit to have the flag display of “Free Iran” that can be seen from some highrise buildings and airplanes passing by for the next two weeks.

After more than two years of extensions enacted because of the COVID-19 pandemic, Thursday marked the day where Illinois residents will have to once again renew their driver’s licenses, leading to … END_OF_DOCUMENT_TOKEN_TO_BE_REPLACED

The White House announced on Wednesday that the US was eager to continue working with Pakistan as a new general assumed leadership of the army command in Islamabad. The Pakistan Army’s command was … END_OF_DOCUMENT_TOKEN_TO_BE_REPLACED

PHOENIX (AP) — Devin Booker scored a season-high 51 points in just three quarters, Deandre Ayton had 30 points and 16 rebounds and the Phoenix Suns stretched their winning streak to six games with a … END_OF_DOCUMENT_TOKEN_TO_BE_REPLACED