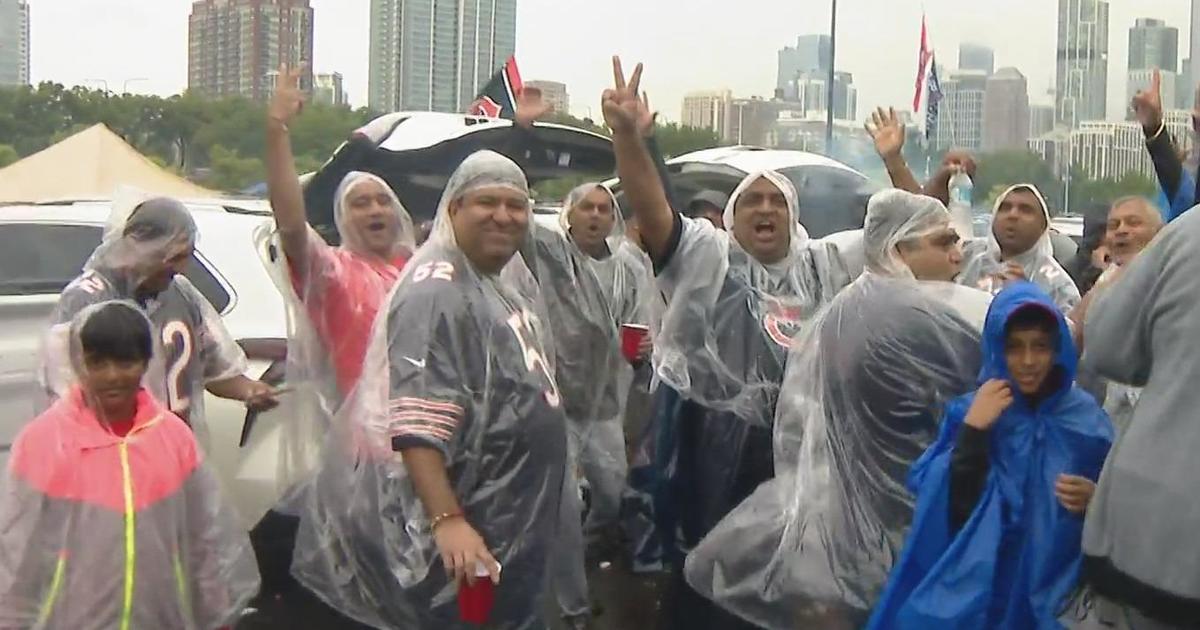 CHICAGO (CBS) — Downright soggy, slippery conditions forced the Chicago Bears to keep it on the ground for most of their season home opener Sunday. Not necessarily ideal conditions, but if Bears fans are anything, they are devoted. They are tough. And as CBS 2’s Jackie Kostek found, they show up.

How would fans describe the home opener?

“I’m not loving it but we’ve gotta do it because we’re going to the Bears,” one fan said.

While nearly nonstop rain may have contributed to a Bears offense that was slow to start, it did nothing to stop the pregame tailgate.

Fans were forced to work through their own progressions.

“We can’t get our grills hot, so we’re audibling here and we’re doing them here in the pan.”

“This just shows our dedication. We’re out here in terrible weather waiting to see a terrible team play. That shows we’re the most dedicated fans in in the NFL,” said one young 14-year-old fan.

But something other than precipitation was in the air on this home opener for fans like Ron Colnar who says he’s been pregaming in the Soldier Field parking lot for more than 25 years: Talk of a potential move to Arlington Heights.

He said it does make him feel nostalgic for these moments.

“Yeah, but it’s going to be closer to us so we’re looking forward to it.”

Just about everyone shared the same sentiment. Soldier Field feels like home but the potential for the Bears to have a glistening new home, they’re okay with that, too.

“It’s part of our lives. Church is making pork chops on the lakefront. It’s awesome.”

And while it may have taken the Bears some time to get rolling, the fans took no time at all.

Jackie Kostek is a reporter and anchor, covering both news and sports for CBS2 Chicago