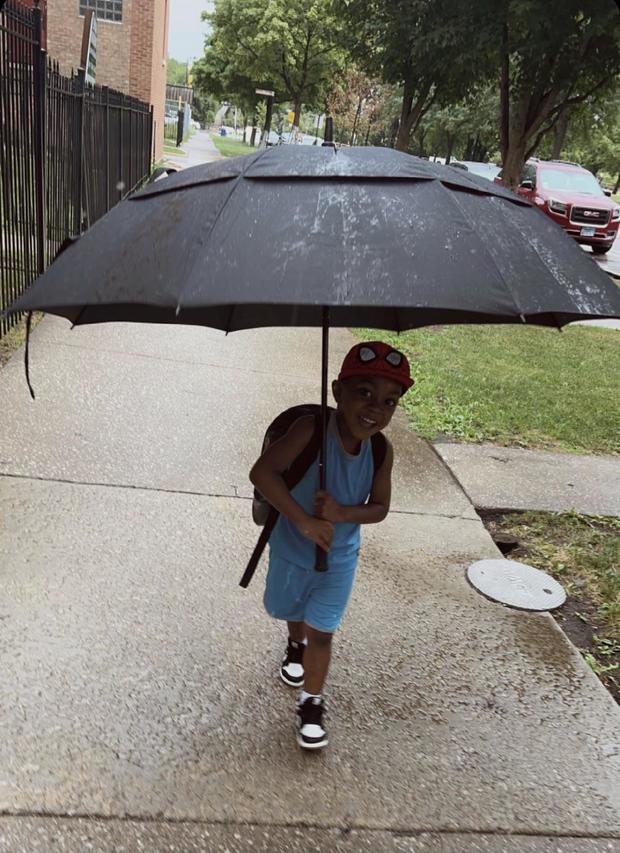 CHICAGO (CBS) — It has been two weeks since someone opened fire on 14 family members on the city’s West Side – killing one.

The mass shooting remains unsolved. Police said they found the vehicle used in the Halloween night drive-by mass shooting, yet no one is in custody.

Meanwhile, the recovering victims tell CBS 2’s Jermont Terry they fear this case is being forgotten. They are questioning if there is still a push from Chicago Police and the community to find the shooters who caused the family so much pain.

The shooting happened around 9:30 p.m. Monday, Oct. 31, at Polk Street and California Avenue, on the cusp of East Garfield Park and Lawndale.

A vigil and balloon release had just been held for a woman who died of natural causes when a gunfire erupted from a car. It all happened within a matter of seconds.

One man, Pierre Riley, 48, has died of his injuries in the shooting.

Fourteen days after the mass shooting, some of the wounded remained in the hospital.

“I’ve got nerve damage where the bullet went through into my leg,” shooting victim Conttina Phillips said via FaceTime.

Indeed, FaceTime is the only way Cherise Patterson has seen Phillips, her sister. Patterson – who organized the Halloween night vigil – still has two bullets in her leg herself.

“You scarred this family forever,” Patterson said, addressing the shooter or shooters.

Patterson is worried about herself, and the recovery of 13-year-old Demetrius Davis and his 3-year-old brother, Demayn. They are the youngest victims.

Demayn was shot twice in the calf twice. Demetrius is in physical therapy and learning to walk again. His mother is feeling the guilt of bringing her kids out that night.

“I feel her pain and I understand her, but I want to say it’s not her fault – and me blaming myself it’s not my fault,” Patterson said. “There’s nobody to blame but the shooters.”

The shooter or shooters are still on the loose. Meanwhile, Mayor Lori Lightfoot, police Supt. David Brown, aldermen, and community activists gathered in the days after the mass shooting to call for peace.

At the time of the city officials’ visit two nights after the shooting, Patterson questioned the sincerity of the appointed and elected officials who attended.

“They’re out there out here now because of the media, you know? So yeah, this is all for show and tell,” she said at the time.

Patterson said Monday that no one has reached out.

While dealing with physical pain, the stull has to bury Riley, the man who died from his wounds in the shooting. Riley was photographed at the vigil right before the shooting. 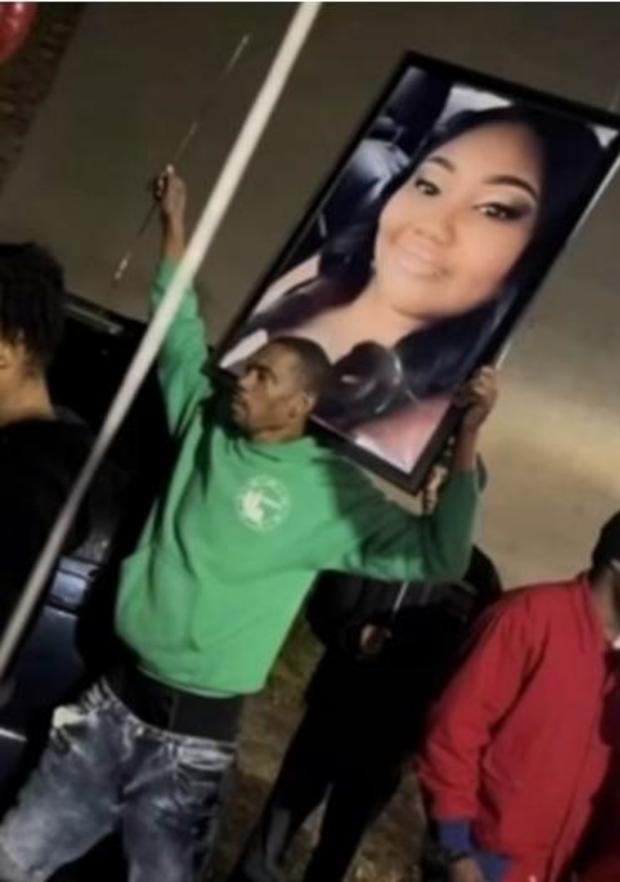 Patterson questions if the outrage remains, and whether police are committed to solving the crime as promised.

At the vigil at the scene on the night of Nov. 2, “You can run, but you cannot hide from the Chicago Police department holding you accountable.”

With regard to that comment, Patterson said Monday, “I just pray he means what he said, and he’s 1,000 percent on what he said.”

Monday was Patterson’s birthday. She said it is hard to celebrate when the family continues to go through so much.

Chicago Police still have a $15,000 reward for information leading to an arrest in the mass shooting. Anyone who submits at tip can remain anonymous.

Jermont Terry joined the CBS 2 team in October 2019. He’s born and raised on Chicago’s South Side. He’s happy to return home to report on his community after 18 years of uncovering stories across the country.

Advocates staged a tent city in the lobby of City Hall during Mayor Lori Lightfoot's budget address on Monday, Oct. 3, 2022, calling on Chicago to provide a dedicated stream of funding to tackle the … END_OF_DOCUMENT_TOKEN_TO_BE_REPLACED

The candidates face off Dec. 6 in the final Senate contest of the 2022 midterms because neither surpassed 50% of the vote in the general election a little more than two weeks ago, which included a … END_OF_DOCUMENT_TOKEN_TO_BE_REPLACED