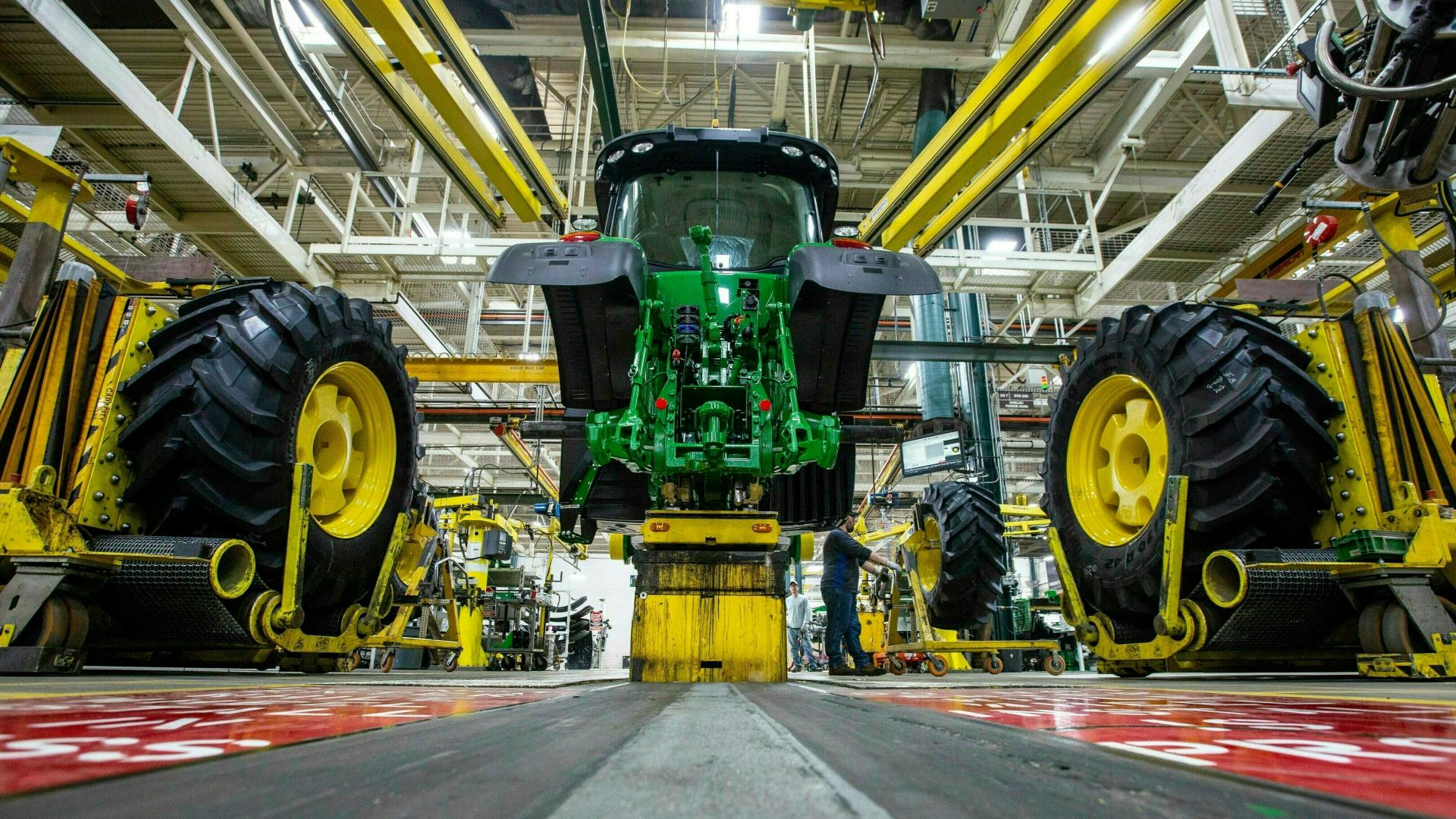 The United Auto Workers said in a statement Friday night that the proposed contract with the agricultural machinery giant “includes modest modifications” to the latest rejected proposal, which included immediate 10% raises. The union described the new proposal as the company’s “last, best and final offer” in its statement.

The contract, which union members will vote on on Wednesday, would cover more than 10,000 Deere workers at 12 facilities in Iowa, Illinois and Kansas, who make the company’s iconic John Deere green tractors and other equipment.

UAW spokesperson Brian Rothenberg said he wasn’t sure when members would be filled in on the proposed contract’s details, The Des Moines Register reported.

President Joe Biden speaks as he announces that he is nominating Jerome Powell for a second four-year term as Federal Reserve chair, during an event in the South Court Auditorium on the White House … END_OF_DOCUMENT_TOKEN_TO_BE_REPLACED

Research has shown that women are most likely to shop for milk substitutes, and so the all-women Planting Hope, which counted food industry financier Larry Levy and other men as early investors, is no … END_OF_DOCUMENT_TOKEN_TO_BE_REPLACED