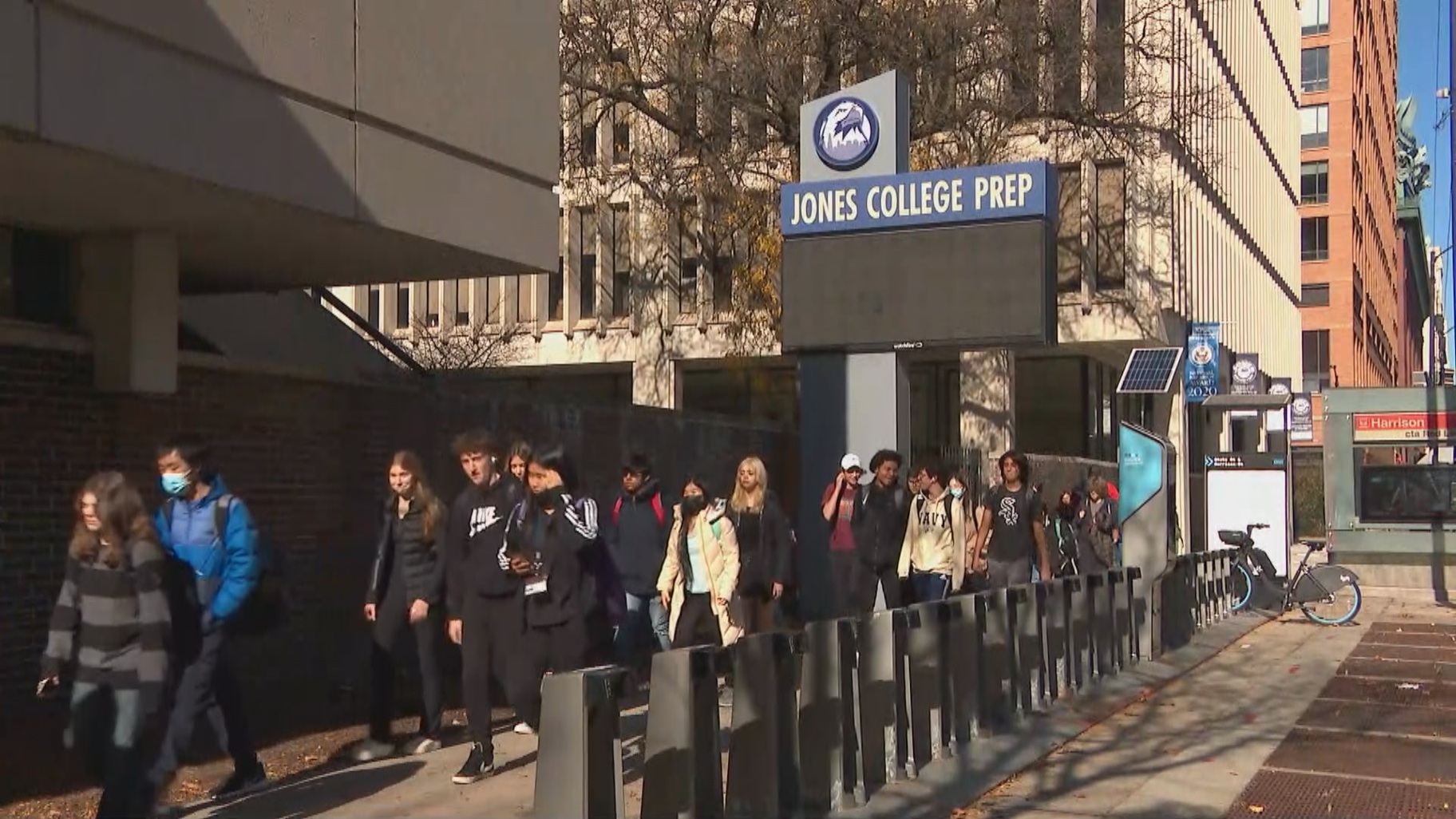 Students at Jones College Prep High School held a demonstration Monday to call for change in the school’s culture.

The calls come following their principal’s response to a student who wore a military uniform costume on Halloween that was widely interpreted to represent a Nazi soldier.

In a video that spread on social media, the student wearing the military uniform costume is seen goose-stepping across a stage and saluting during a Halloween costume contest at the school.

“Seeing this peer of mine walk through the halls in a place that I feel safe, in a very similar uniform that the people who committed a mass genocide against my ancestors, including my great grandparents was truly traumatizing,” said Gabi Josefson, a senior at Jones College Prep High School and co-president of the student organization Jewish Student Connection.

Students say the incident speaks to ongoing issues about how administration handles racial and ethnic discrimination at the school and its overall culture toward students of marginalized groups.

“A lot of students have felt that they’re pretty unsafe at the school as a whole and not just from this one isolated incident,” said Ariel McGee, a senior at Jones College Prep High School and student body president. “Jones has had a culture that hasn’t made students of color and people of marginalized identities as a whole feel very safe.”

McGee says protecting and helping students starts with educating students and teachers about how they can best respond during cases of discrimination at school.

In a statement to families and staff on Friday, CPS CEP Pedro Martinez said in part, “This incident caused harm to many students and staff, and it is completely inconsistent with our values as a school district. It also comes at a time when hateful speech and hateful attacks are on the rise, especially against Jewish Americans.”

Nora Flanagan, a teacher at Northside College Prep, said the rise of antisemitic attacks and rhetoric has been built up for the last several years. She is a member of the Illinois Holocaust and Genocide Commission and a senior fellow at Western States Center. She co-authored a toolkit called, “Confronting White Nationalism in Schools.”

Advocates staged a tent city in the lobby of City Hall during Mayor Lori Lightfoot's budget address on Monday, Oct. 3, 2022, calling on Chicago to provide a dedicated stream of funding to tackle the … END_OF_DOCUMENT_TOKEN_TO_BE_REPLACED

The candidates face off Dec. 6 in the final Senate contest of the 2022 midterms because neither surpassed 50% of the vote in the general election a little more than two weeks ago, which included a … END_OF_DOCUMENT_TOKEN_TO_BE_REPLACED