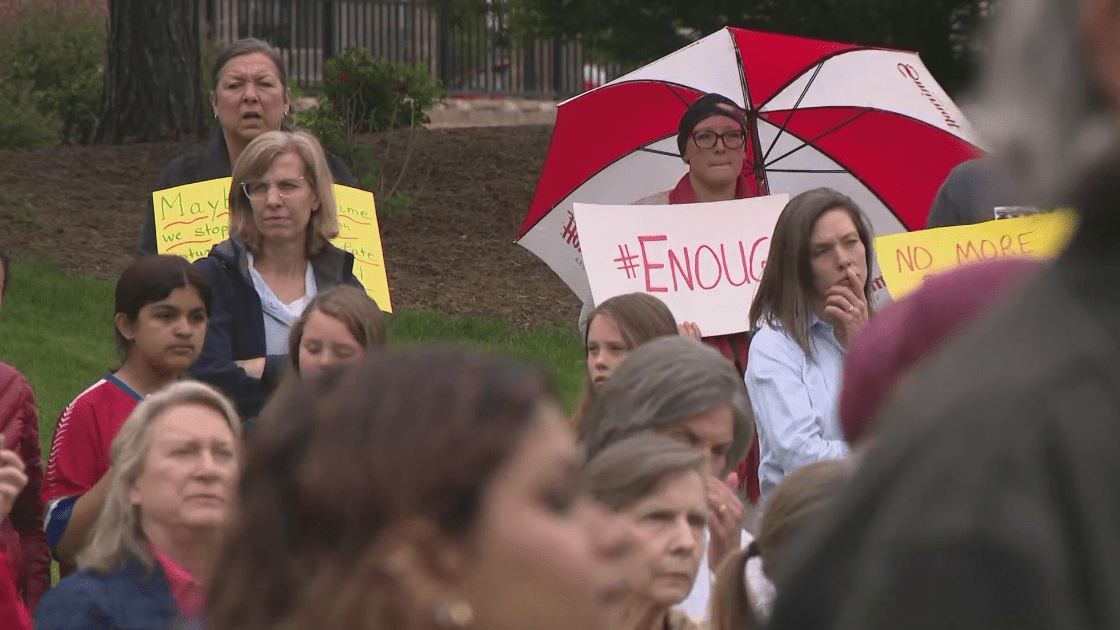 GLENVIEW, Ill. — As gun violence tears families apart across the nation, students in the North Suburbs are rallying for life-saving change.

Amid a string of mass shootings across the country, Glenbrook South High School students feel a sense of hopelessness.

Community members joined the students at Jackman Park to rally for change in the form of comprehensive gun control legislation.

Instead of joining her parents in person, Milagros and Rafael Burgos are left with memories of their 18-year-old daughter Alexandria Imani Burgos.

Alexandria lost her life to gun violence on October 19, 2014 when she was struck by a stray bullet.

One student organizer, Drew Duffy, said that students are feeling an overwhelming sense of outrage and hopelessness, pointing to recent mass shootings in Buffalo, Uvalde, Texas and Tulsa.

In Chicago, police report that nearly 4,000 unlawful guns have been recovered this year.

Student organizers are aiming to put pressure on federal and local leaders to increase gun control, specifically pushing for the implementation of universal background checks.

Illinois is among just nine states that require some form of waiting period before someone can own a firearm. Gun rights advocates point to this as an example of measures that can hinder the occurrences of mass shootings.

Organizers present Saturday are asking everyone to call their legislators to demand action on gun violence.

Chicago Shooting News Live: A gunman on a rooftop opened fire on an Independence Day parade in suburban Chicago on Monday, killing at least six people, wounding at least 30 and sending hundreds of … END_OF_DOCUMENT_TOKEN_TO_BE_REPLACED

The real estate industry is beyond crowded — it seems like agents are popping up everywhere and taking aim at your clients. So, how can you cut through all that noise to stand out? You’ve got to … END_OF_DOCUMENT_TOKEN_TO_BE_REPLACED

Chicago Mayor Lori Lightfoot confirmed to the New York Times that the Chicago Police Department is assisting in the response and investigation.  “Law enforcement is working hard to bring the shooter … END_OF_DOCUMENT_TOKEN_TO_BE_REPLACED