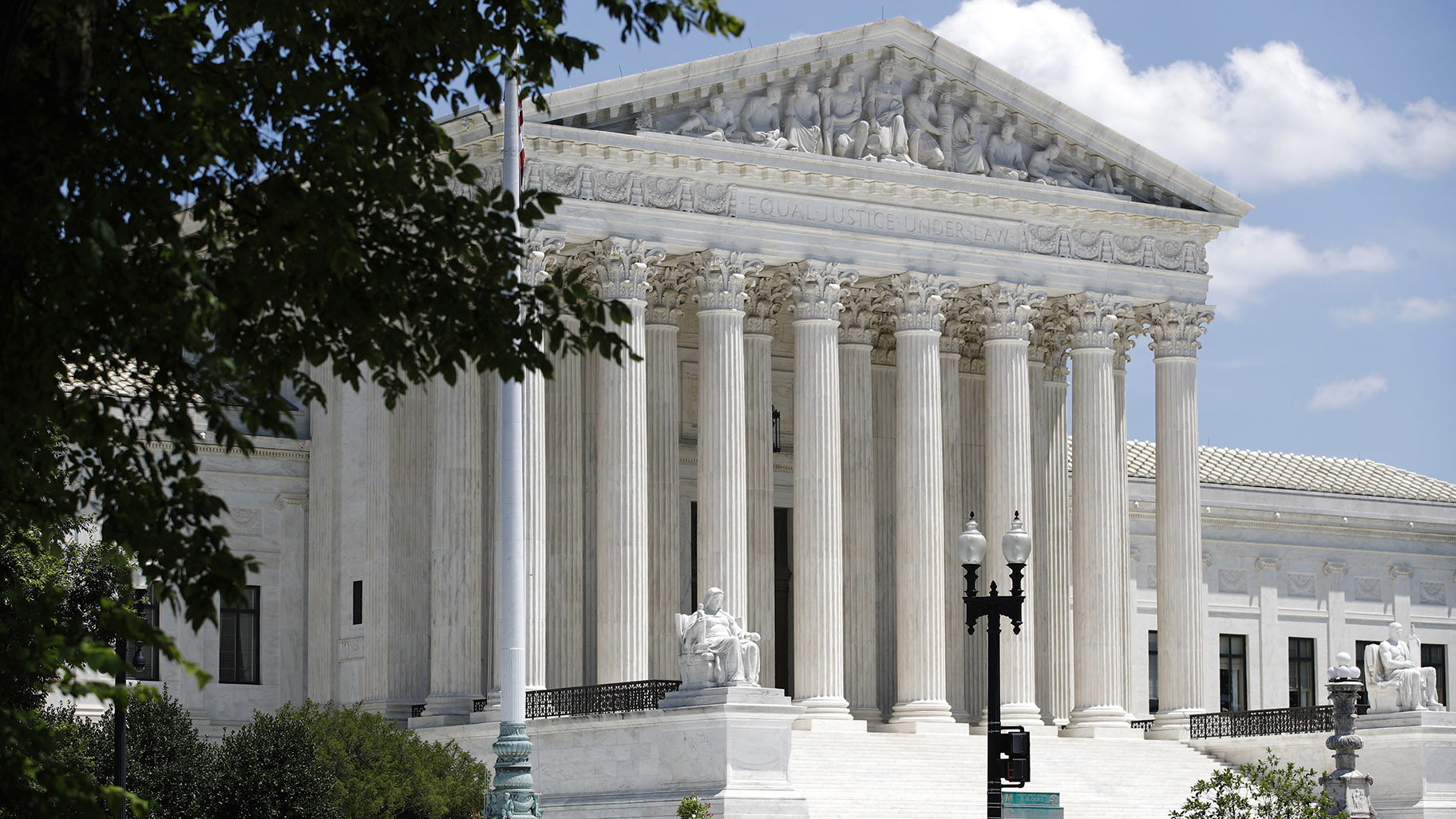 In this June 29, 2020 file photo, the Supreme Court is seen on Capitol Hill in Washington. (AP Photo / Patrick Semansky)


WASHINGTON (AP) — The Supreme Court agreed Monday to a showdown over abortion in a case that could dramatically alter nearly 50 years of rulings on abortion rights.

With three justices appointed by former President Donald Trump part of a 6-3 conservative majority, the court is taking on a case about whether states can ban abortions before a fetus can survive outside the womb.

The dispute is not a direct challenge to a woman’s constitutional right to an abortion that the court first announced in the 1973 Roe v. Wade decision and reaffirmed 19 years later.

But in considering weakening protections for women who seek pre-viability abortions, the justices could remove some of the underpinnings of a woman’s right to choose and lay the groundwork for even more restrictions on abortion, including state bans on abortion once a fetal heartbeat is detected, as early as six weeks.

The case, from Mississippi, probably will be argued in the fall, with a decision likely in the spring of 2022 during the campaign for congressional midterm elections.

It involves a state law that would prohibit abortions after the 15th week of pregnancy. The state’s ban had been blocked by lower courts as inconsistent with Supreme Court precedent that protects a woman’s right to obtain an abortion before the fetus can survive outside her womb.

“States may regulate abortion procedures prior to viability so long as they do not impose an undue burden on the woman’s right, but they may not ban abortions. The law at issue is a ban,” Judge Patrick Higginbotham of the 5th U.S. Circuit Court of Appeals wrote in affirming a lower-court ruling that invalidated the law.

The Supreme Court had previously turned down state appeals over pre-viability abortion bans.

More than 90% of abortions take place in the first 13 weeks of a woman’s pregnancy, according to the Centers for Disease Control and Prevention.

“Alarm bells are ringing loudly about the threat to reproductive rights. The Supreme Court just agreed to review an abortion ban that unquestionably violates nearly 50 years of Supreme Court precedent and is a test case to overturn Roe v. Wade,” Nancy Northup, president and CEO of the Center for Reproductive Rights, said in a statement.

Viability “has never been a legitimate way to determine a developing infant’s dignity or to decide anybody’s legal existence,” Bursch said.

The justices had put off action on the case for several months. Justice Ruth Bader Ginsburg, an abortion-rights proponent, died just before the court’s new term began in October. Her replacement, Justice Amy Coney Barrett, is the most open opponent of abortion rights to join the court in decades.

Barrett is one of three Trump appointees on the Supreme Court. The other two, Justices Neil Gorsuch and Brett Kavanaugh, voted in dissent last year to allow Louisiana to enforce restrictions on doctors that could have closed two of the state’s three abortion clinics.

Chief Justice John Roberts, joined by Ginsburg and the other three liberal justices, said the restrictions were virtually identical to a Texas law the court struck down in 2016.

But that majority no longer exists, even if Roberts, hardly an abortion-rights supporter in his more than 15 years on the court, sides with the more liberal justices.

The Mississippi law was enacted in 2018, but was blocked after a federal court challenge. The state’s only abortion clinic remains open. The owner has said the clinic does abortions up to 16 weeks.

The case is separate from a fight over laws enacted by Mississippi and other states that would ban most abortions when a fetal heartbeat is detected. Mississippi also is among 11 states with a total abortion ban waiting to take effect if the Supreme Court overturns its Roe decision, according to NARAL Pro-Choice America.

But the state argues that viability is an arbitrary standard that doesn’t take sufficient account of the state’s interest in regulating abortion.

The Mississippi law would allow exceptions to the 15-week ban in cases of medical emergency or severe fetal abnormality. Doctors found in violation of the ban would face mandatory suspension or revocation of their medical license.

Also on Monday the Supreme Court:

— Split 6-3 along conservative-liberal lines to rule that prisoners who were convicted by non-unanimous juries before the high court barred the practice a year ago don’t need to be retried. The decision affects prisoners who were convicted in Louisiana and Oregon as well as the U.S. territory of Puerto Rico, the few places that had allowed criminal convictions based on divided jury votes.

— Sided unanimously with a man who sued after police entered his home without a warrant and seized his guns. Police said the man was potentially suicidal and that they were performing a “community caretaking” function. The justices said authorities can’t use that justification to enter a home without a warrant.

— Ruled 7-1 that an appeals court should take another look at a lawsuit involving global warming that is in its early stages. Lawyers have been arguing over whether the case belongs in state or federal court.

Harmon finally adjourned the Senate with the prediction that a bill ultimately would pass. Environmental advocates and union representatives would meet "as soon as tonight" to continue to try to hash … END_OF_DOCUMENT_TOKEN_TO_BE_REPLACED

Who ever thought that we could transition so quickly from high to low inventory? Of course, there are still houses for sale. For instance, Winnetka currently has 46 listed homes, some of which … END_OF_DOCUMENT_TOKEN_TO_BE_REPLACED