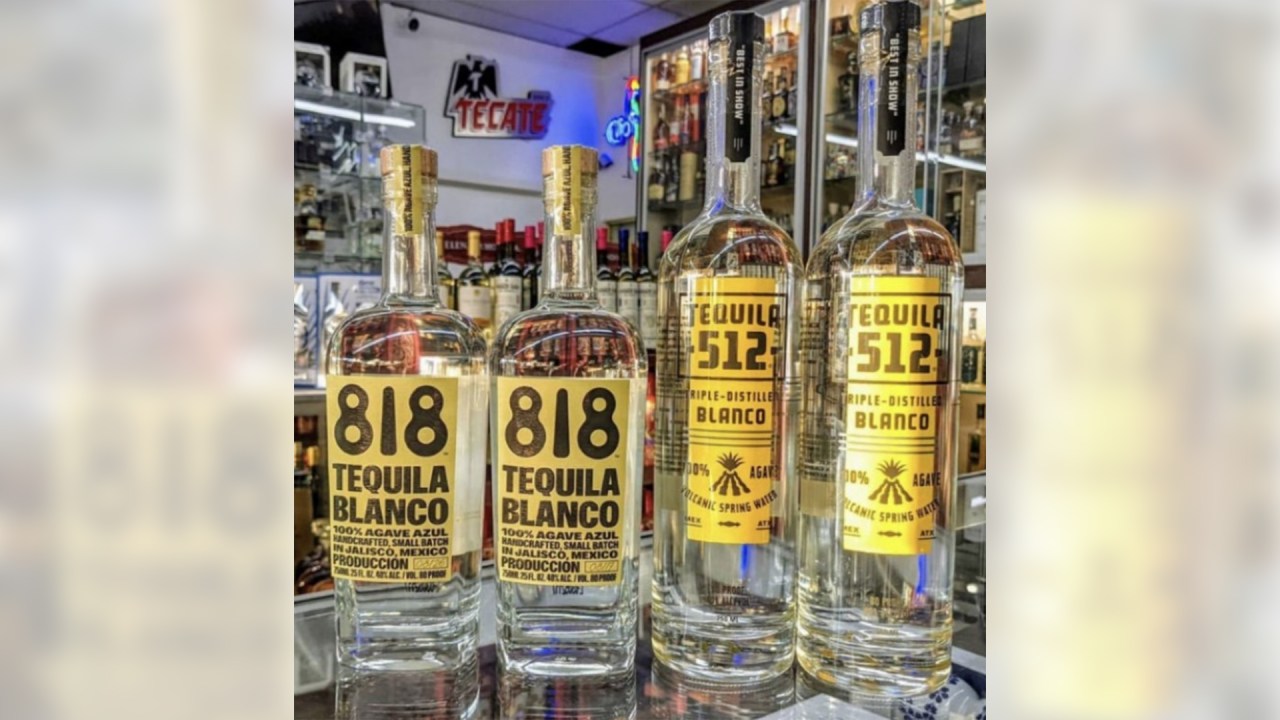 Jenner launched 818 Tequila in May 2021. At the time, Tequila 512, sold by ClipBandits, LLC, was quick to point out the similarities in the brands’ look.

The lawsuit says 512 has been selling its tequila “using a highly distinctive logo and color scheme that has been in place since 2015.” The company says it has a federal trademark registration for 512, in addition to a pending application for registration of its trade dress.

“And out of the entire world of colors and shapes to use for product design, Defendant chose to copy Plaintiff’s distinctive black lettering inside a vertical yellow rectangle,” the lawsuit says.

Not only does the lawsuit claim 818 “blatantly” copies 512’s branding, but it also points out how close the names are, with 818 also being an area code.

By doing all this, 512 claims 818, owned by K & Soda, LLC, is deceiving and confusing customers into thinking it’s associated with the Austin brand. 818 also sells for nearly double the price of 512.

The lawsuit brings up an instance in May 2021, where the brands were reportedly mixed up. 818 Tequila was being promoted as a virtual product that could be bought within the the “Kim Kardashian: Hollywood” mobile game (Jenner and Kardashian are sisters), but an image of Tequila 512 was used instead.

512 is asking the court to issue an order to stop 818 from using its alleged infringing marks on its products, packaging, website and in its marketing. ClipBandits, LLC, is also seeking monetary relief.

The lawsuit was filed Wednesday in U.S. District Court in the Central District of California. KXAN has reached out to 818 Tequila for comment on the lawsuit. KXAN did not hear back, but a company rep responded to TMZ, saying, “We are reviewing the complaint and believe the allegations are without merit.”

Gov. J.B. Pritzker on Wednesday signed into law legislation that bans so-called "ghost guns" across Illinois, making it the first Midwest state to do so. House Bill 4383 aims to crack down on "ghost … END_OF_DOCUMENT_TOKEN_TO_BE_REPLACED