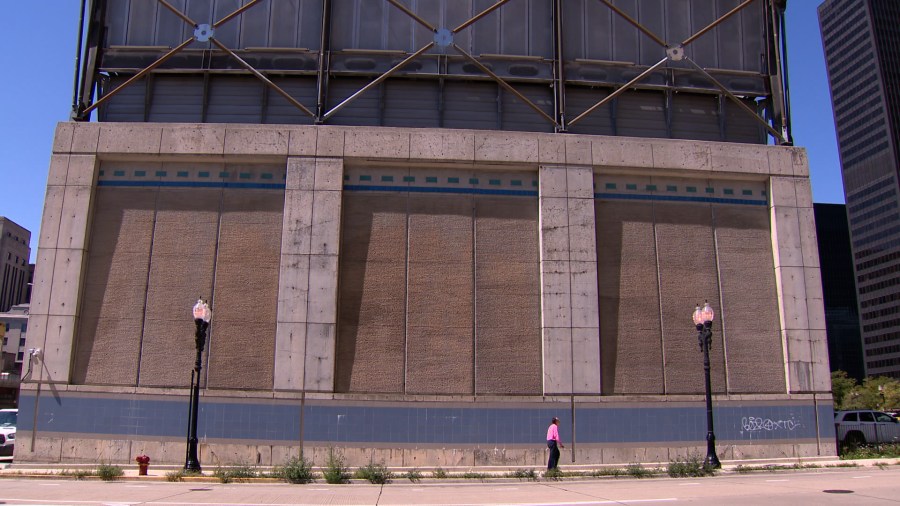 CHICAGO — If you drive under the Old Main Post Office on the Eisenhower Expressway, just over the river you’ll see a nondescript building that’s easy to miss. The building appears to have a windowless concrete pedestal, and power equipment on the roof.

Most people “just don’t know exactly what it is that they’re looking at,” according to Geoff Bares, an engineer who works inside.

It just might be one of the most important buildings in the city. It’s CenTrio Plant No. 2, near the corner of South Franklin and West Van Buren Streets.

“You don’t see our pipes running everywhere, so we are very non-descript in that way,” Jim Rylowicz, CenTrio vice presidents of business development said. “We build ice at night when the strain on the electricity grid is the lowest, prices are lowest.”

CenTrio is a district energy company with operations in multiple cities. In Chicago, it runs the largest district cooling network in North America, helping make the city livable and workable when the mercury rises in the sweltering summer months.

“We serve the downtown area with chilled water for their cooling needs,” Rylowicz said. “Mainly air-conditioning for their high-rise buildings.”

Air conditioning is becoming more and more important as climate change impacts our weather. The non-profit researcher Climate Central recently released data showing that Chicago summers are getting hotter, with an average of seven additional summer days above normal temperature than the city experienced in 1970.

CenTrio is taking the concept of “central air conditioning” and applying it to Chicago’s central business district.

A network of five plants spread throughout Chicago provides cooling to 115 downtown buildings – including icons like the Chicago Board of Trade, the Merchandise Mart, and the Old Main Post Office.

They’re all connected to a closed loop of pipes.

Cities like Nashville, New Orleans, New York, San Diego and Baltimore have embraced district cooling as a cheaper alternative to single building AC systems, but none are as expansive as the system in Chicago.

“We have the largest capacity in the U.S.,” Bares said. “There are a number of other systems out there, but we take the cake.” 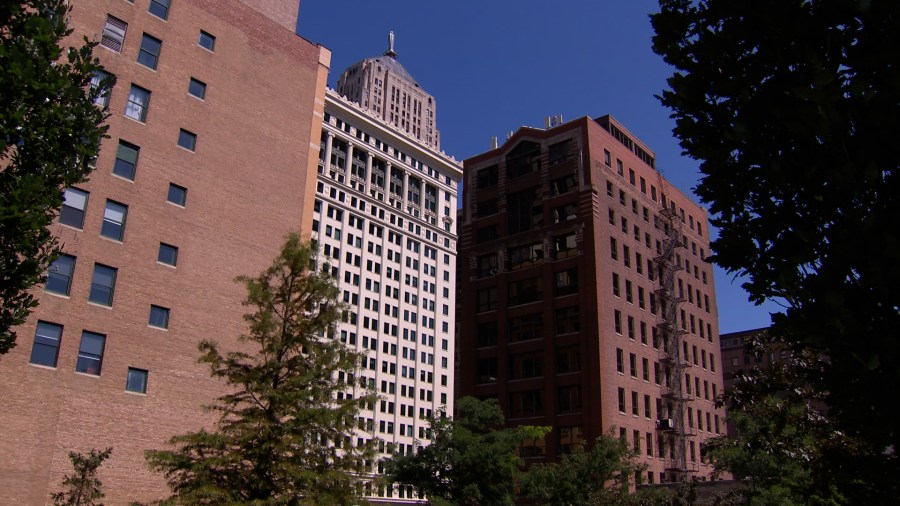 That concrete base of plant No. 2 holds a massive storage tank measuring more than 100 feet long, 90 feet wide, and 30 feet high.

The tank holds what could be called an industrial sized ice maker – 435 miles of tubing and 434 cooling coils.

“We have these machines called chillers,” Rylowicz said. “They can chill that water, or they can produce super cold glycol, it’s like antifreeze that is pumped through tubes that are submerged in a water tank, and on those tubes, ice forms because of the super cold glycol running through them.”

Up Next: A slick paint job: How the United Center ice gets a fresh coat

CenTrio makes ice at night when the demand on the electricity grid is at its lowest, and the cost is at its cheapest harnessing the power of ice thermal energy.

“Ice thermal energy is like any battery,” Bares said. “We’re charging our battery with thermal energy, as opposed to electrical energy.”