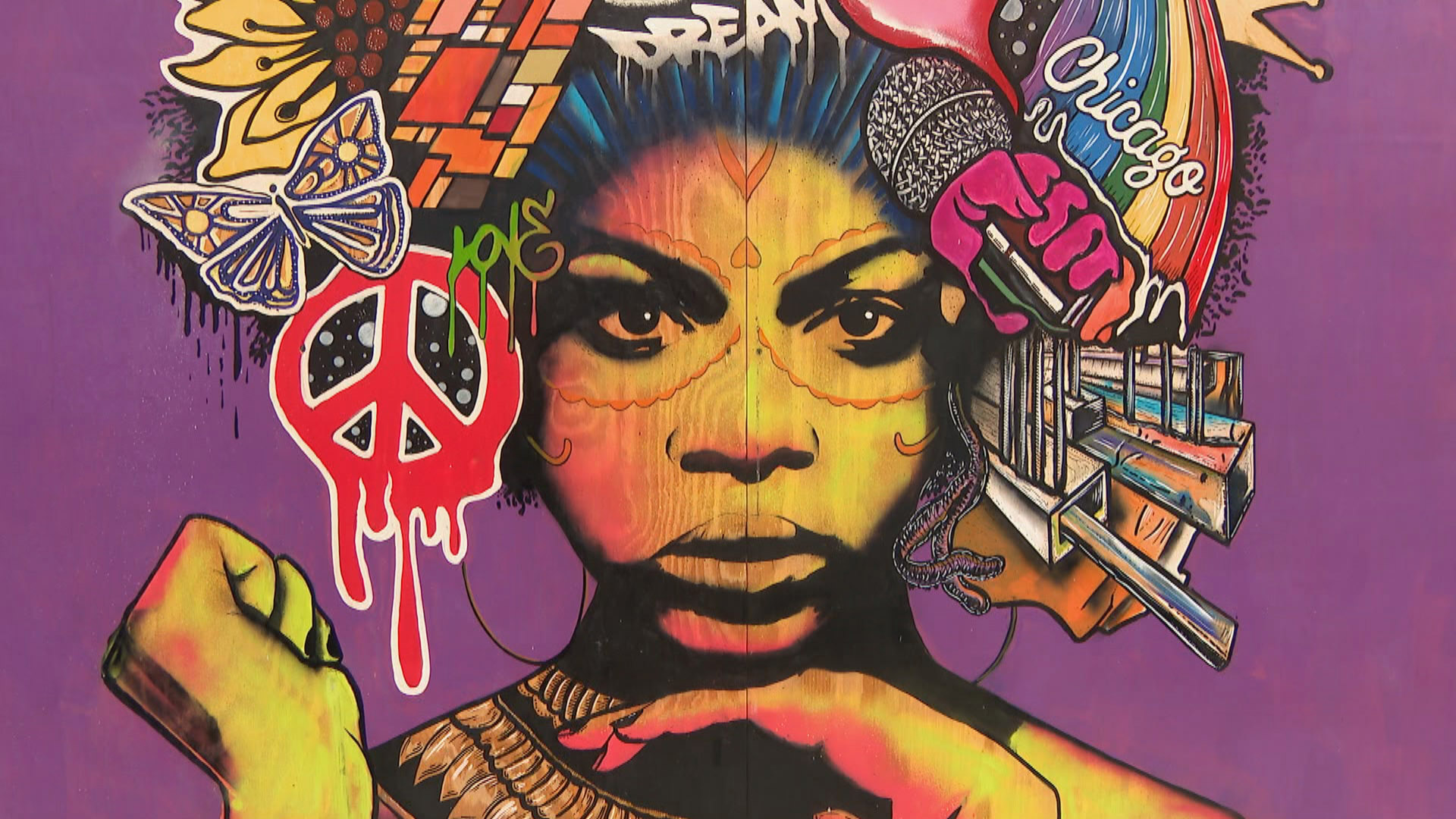 The pandemic and the protests of the last year have brought turmoil to Chicago, but also a flourishing of public art — especially murals.

Today, themes of justice, pride and community have blossomed in murals along the city’s streets and storefronts, creating a constantly evolving and thought-provoking backdrop to a tumultuous year.

In Chicago, murals that originate and resonate with their communities have a long tradition beginning with the famous 1967 Wall of Respect in Bronzeville, which depicted Black luminaries. Artist, educator, curator and Chicago State University adjunct faculty member Juarez Hawkins has a family connection to the Wall of Respect mural – her mother, Florence Hawkins, worked on it.

“It was primarily a source of pride. It wasn’t so much sort of funded by a lot of external grants or anything like that,” Hawkins said. “They were artists who came together who really wanted to create something meaningful in the community. And as a child, growing up around the corner, it did become a source of understanding of our history because there were so many people there and which took pride in being able to recite all the people that were on the wall there.”

Hawkins says though the mural was lost to a fire, it kicked off a movement in public art.

“You really started to see an explosion of murals,” said Hawkins. “People were seeing that wall art, that public art was a very potent way to get the message across to the widest group of people possible.”

Part of a mural’s appeal in the longevity of that message, says Sylvain.

“Sometimes art is just a reflection of its moment of its time … we are also children of our time and we speak to our experience,” she said. “So I think that there’s still something very special about a mural and even watching its lifespan go from a brand new iteration to something that has over time become a very integral part of a community.”

The last year has also offered opportunities for artists and non-artists to share in the creation of public art, said Hawkins.

“I want to share a little story of working on the project on 71st Street. A number of people would come up and just ask, ‘Can I do something, can I help?’ Hawkins said. “It’s a beautiful thing because it really is a more democratic way of artwork, art making its more communal. You see multi-generational influences there … It’s a lovely way of bonding and it’s a lovely way for community to come together and create something of some sort of lasting value in their communities.”

Cook County this week has 51 cases per 100,000 people, up 78 percent from the prior 7-day period, CDC data shows. Under the federal agency’s recommendation, areas of substantial transmission are those … END_OF_DOCUMENT_TOKEN_TO_BE_REPLACED

Origin launched its first QOZ fund in 2018 and has committed $100 million of the $265 million it raised to five apartment projects, including one recently completed in Pilsen. Origin plans to use the … END_OF_DOCUMENT_TOKEN_TO_BE_REPLACED