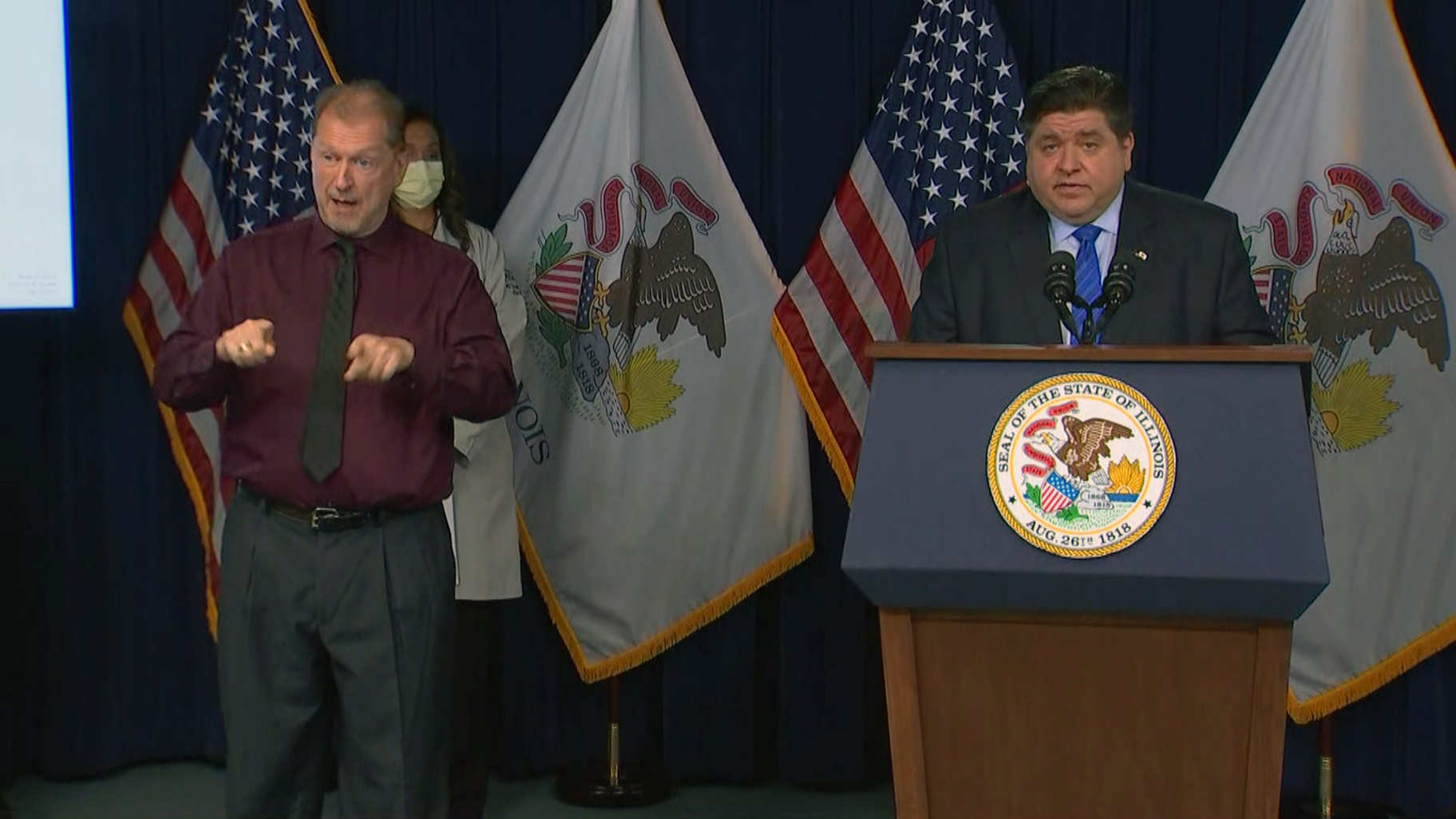 As the Bulls open to fans tonight and Second City opens to the first audience in over a year, Chicago is inching toward normalcy. Gov. J.B. Pritzker and Mayor Lori Lightfoot detail various re-openings which include the Auto Show and a special concert series for people who are vaccinated. However, the mayor and the governor differ on full lifting of restrictions by about a month.

Cook County State’s Attorney Kim Foxx loses her top lieutenant after one of her prosecutors makes a false statement in court over the Adam Toledo video. Foxx admits the “checks and balances in her office” didn’t work, but that prosecutor is still working there. COPA’s chief administrator resigned this week, but the mayor who’s been unhappy with Sydney Roberts, says she didn’t force her out. And the city’s Inspector General finds CPD warrants disproportionately target people of color as he releases the first recommendations resulting from the botched raid of Anjanette Young’s home.

The four people who are charged with conspiring to bribe former Speaker Mike Madigan to benefit Commonwealth Edison appeared in court. However, one of their lawyers said that there would be a superseding indictment. Ex-Ald. Ricardo Muñoz pleads not guilty to using progressive caucus funds for personal expenses. Ald. Patrick Daley Thompson is scheduled to be arraigned May 13 for income tax evasion and lying to investigators — which he denies. And, in the case against Ald. Ed Burke, former Ald. Danny Solis’ lands a sweet cooperation agreement from the government for helping the case against Burke.

Chicago Public School loses another CEO after years of battling the Chicago Teachers Union. A national search is underway to replace Dr. Janice Jackson who is the 10th CPS CEO to step down since 1995. Dr. Jackson’s two top administrators are also stepping down, leaving a brain drain for the mayor.

CHICAGO (CBS) — Four people were injured Wednesday evening in an accident at the busy intersection of 79th Street, Stony Island Avenue, and South Chicago Avenue. The crash happened at 7:11 p.m. at the … END_OF_DOCUMENT_TOKEN_TO_BE_REPLACED

Real estate investors re-entered the housing market in a big way in the second quarter of 2021, and Chicago is at the top of the list for investor purchases, according to a new report. The study by … END_OF_DOCUMENT_TOKEN_TO_BE_REPLACED