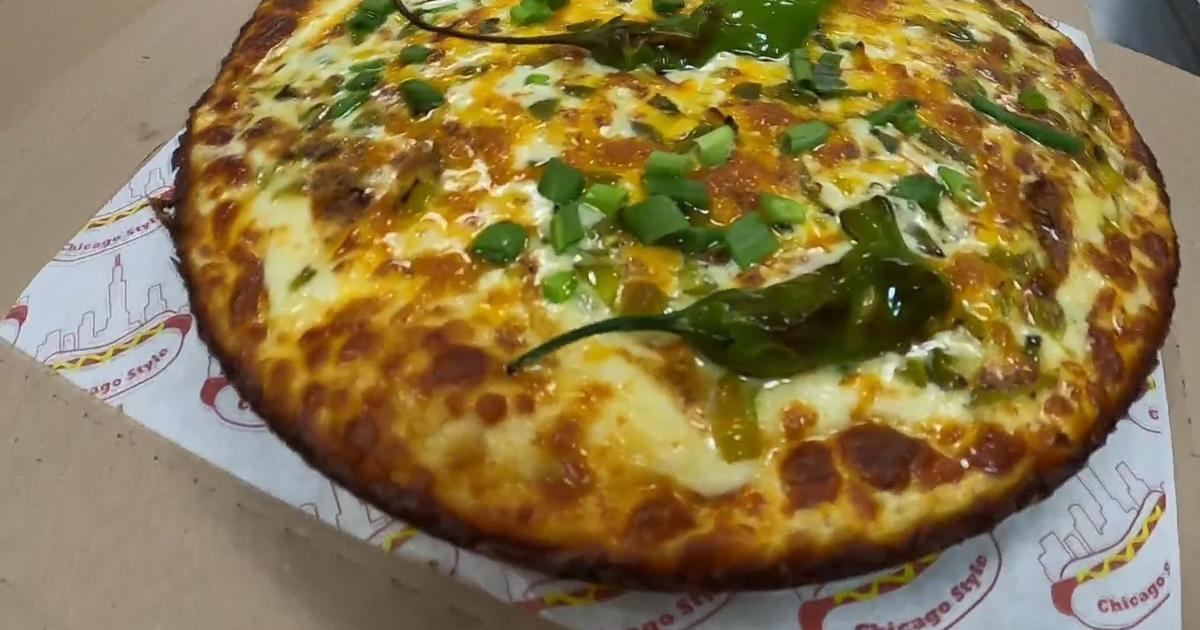 CHICAGO (CBS) — Finding a new lease on life through pizza. One Chicago man is sharing his story by the slice.

Billy Zureikat, known as “Tripping Billy,” is using food to raise awareness for a rare disease, and reinvent himself in the process.

Inside Milly’s Pizza In The Pan in Uptown, aprons are on and Billy Zureikat shares his recipe for the “Tripping Billy” pizza.

His recipe is in some of the most popular pizza restaurants across the city, and celebrated on social media.

We have been deliciously following his journey, and were excited to try it

Billy said he’s having the time of his life, but getting here, he first had to receive the worst news of his life. Now he wants to sit down and share it with us.

“I got diagnosed with what’s called limb girdle muscular dystrophy,” he said.

It took eight years to for Billy to get that diagnosis to explain why he’d trip and fall while walking or playing basketball.

“I was scared, and I still am scared,” he said. “I’ve essentially had to relearn how to live my life now at 39.”

Unable to turn to his love for sports to deal with the news, he dove feet-first into cooking.

“Instead of going to a gym and shooting 100 three pointers, I would just make 10 pizzas,” he said.

Fresh out of the oven is where the “Tripping Billy” pizza was born.

Billy says he chose to own his diagnosis.

“Something triggered me and said, ‘You know what? I’m done hiding this,'” he said.

He shared the pizza at a charity event highlighting home chefs. Now he’s on the “Tripping Billy Tour,” collaborating with dozens of local restaurants, asking each to donate a portion of each slice to the Muscular Dystrophy Association, where he is now the Illinois ambassador.

“Let’s make the most of a difficult time, and maybe I can make an impact on the world,” he said. “Cooking helped me find my joy. Cooking may not be yours, but find whatever it is, and just do something good.”

He even recently returned to the basketball court.

And he says he’s not shutting the door on any opportunity.

“I won old championships in sports. I’m winning new ones in life,” he said.

The Tripping Billy Tour continues this weekend at Milly’s Pizza In The Pan. You can donate on the MDA website.