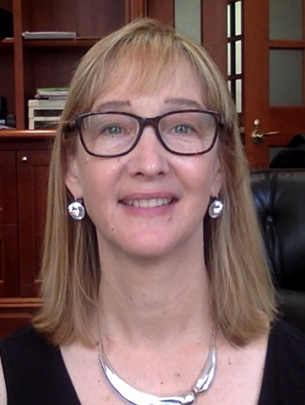 What are the causes of democratic erosion, and how can those trends be effectively addressed and countered?

Prof. Susan Stokes, a University of Chicago political scientist and leading scholar of democratic theory, will continue to explore such questions with the support of an Andrew Carnegie Fellowship.

As a Carnegie Fellow, Stokes will develop a book project, tentatively entitled How Would-Be Autocrats Attack Democratic Culture—And How to Rebuild It. The work will trace attacks on democratic culture in the United States in recent decades, culminating in the onslaught of the Trump administration. She will compare this experience to those of other countries that have endured democratic erosion, and to others that have not.

“With the end of the Trump administration—though not the Trump movement—and effective challenges against erosion in countries like Poland, Ecuador, and Turkey, we can now study not just the underlying reasons for these challenges to democracy, but also the factors that can slow and even reverse it,” said Stokes, the Tiffany and Margaret Blake Distinguished Service Professor in the Department of Political Science.

The Carnegie Corporation of New York announced this year’s class on of Carnegie Fellows on April 28. The fellowship program was established in 2015. The award provides scholars and writers in the social sciences and humanities with $200,000 in support to help them address important and enduring issues confronting our society.

In addition to her research, Stokes is known for her teaching—including as part of the in the inter-university Democratic Erosion Consortium—and for her roles as a founding member of Bright Line Watch and as faculty director of the Chicago Center on Democracy (CCD). Her Carnegie Fellowship will also support her work with collaborators at Bright Line and CCD as they publicize their research results to a broader audience.

“To date, we have been successful in disseminating our research to journalists, students, think-tanks, and the broader public, through lectures, webinars and op-eds,” said Stokes. “We are developing an array of online tools that will allow users easy, visually clear access to our data and research. I look forward to engaging a wide audience in conversation about this work.”

Stokes’ previous books include Why Bother?: Rethinking Participation in Elections and Protests (2019), Brokers, Voters, and Clientelism (2013), and Mandates and Democracy: Neoliberalism by Surprise in Latin America (2001). In addition to the Carnegie Fellowship, her work has been supported by the National Science Foundation, the Guggenheim Memorial Foundation, the MacArthur Foundation, Fulbright, the American Philosophical Society, and the Russell Sage Foundation. She is a member of the American Academy of Arts and Sciences.

—This story was first published by the Division of the Social Sciences.

Battered by the lingering pandemic, a rise in inflation, supply chain slowdowns and recessionary fears becoming reality, the healthcare industry has faced crisis after crisis over the past several … END_OF_DOCUMENT_TOKEN_TO_BE_REPLACED

“It’s not really livable unless you did a lot of renovation throughout,” Birov said. Built in about 1902, the pillared Classical Revival house was owned by the family of executive outplacement guru … END_OF_DOCUMENT_TOKEN_TO_BE_REPLACED

Get more in-depth, daily coverage of Chicago politics at The Daily Line.CITY HALL — Ald. Sophia King (4th) announced Wednesday she is running for mayor in 2023, becoming the third sitting alderman to … END_OF_DOCUMENT_TOKEN_TO_BE_REPLACED