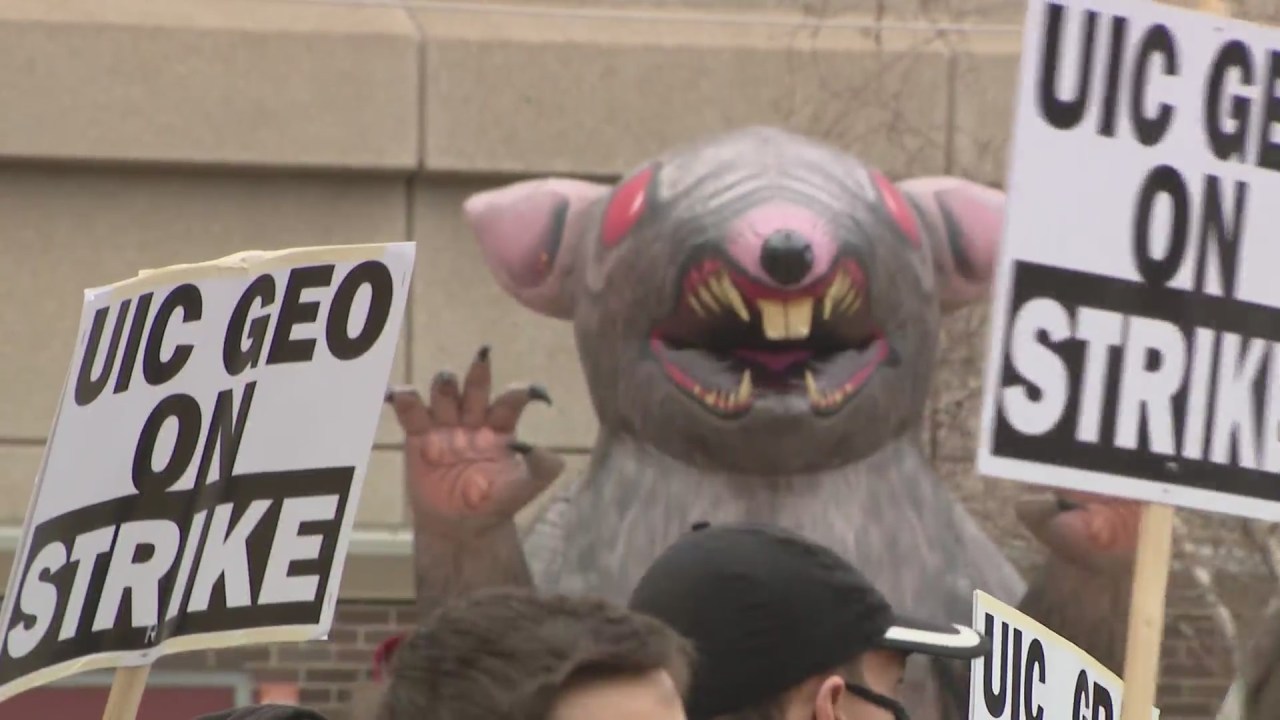 CHICAGO — Fifteen hundred graduate assistants at the University of Chicago Illinois are spending time on the picket lines instead of inside the classroom after contract talks broke down with the institution.

“Every day, they try to make us feel small,” Matt Devilbiss said. “That’s what they did at the bargaining session yesterday. Everyone who went there felt really (expletive).”

Graduate student workers at the UIC say they are no longer holding back on airing their grievances, demonstrating on the quad of UIC’s campus.

“We are here fighting for living wages,” said GEO member Dylan Shearer. “Trying to get anti-sexual harassment, anti-bullying language in the contract and to make sure the university can’t kick us out when we are doing our jobs.”

The student workers union went on strike Monday as negotiations continued between them and the administration. The group, compromised mostly of teachers and research assistants, says they’re asking for a 5% pay increase.

“We have the power,” Devilbiss shouted. “What kind of power? Union power.”

Protesters say they make a minimum yearly salary of $20,000.

In response, UIC chancellor Michael D. Amirdis posted a statement on its website that reads, “The university is committed to fully continuing normal operations during this work stoppage. Students and parents can be assured that educational objectives will be fulfilled, and grades should not be affected. All other members of the university community will be expected to meet for classes as usual.”

The statement further says it respects the rights of its employees but says this is not in the best interest of the university or its students.

“One thing I know is that you guys are not given what you need to be given for the work that you do supporting this institution,” Reiter said.

Organizers said they would continue to protest until the university meets their demands.

Gov. J.B. Pritzker on Wednesday signed into law legislation that bans so-called "ghost guns" across Illinois, making it the first Midwest state to do so. House Bill 4383 aims to crack down on "ghost … END_OF_DOCUMENT_TOKEN_TO_BE_REPLACED