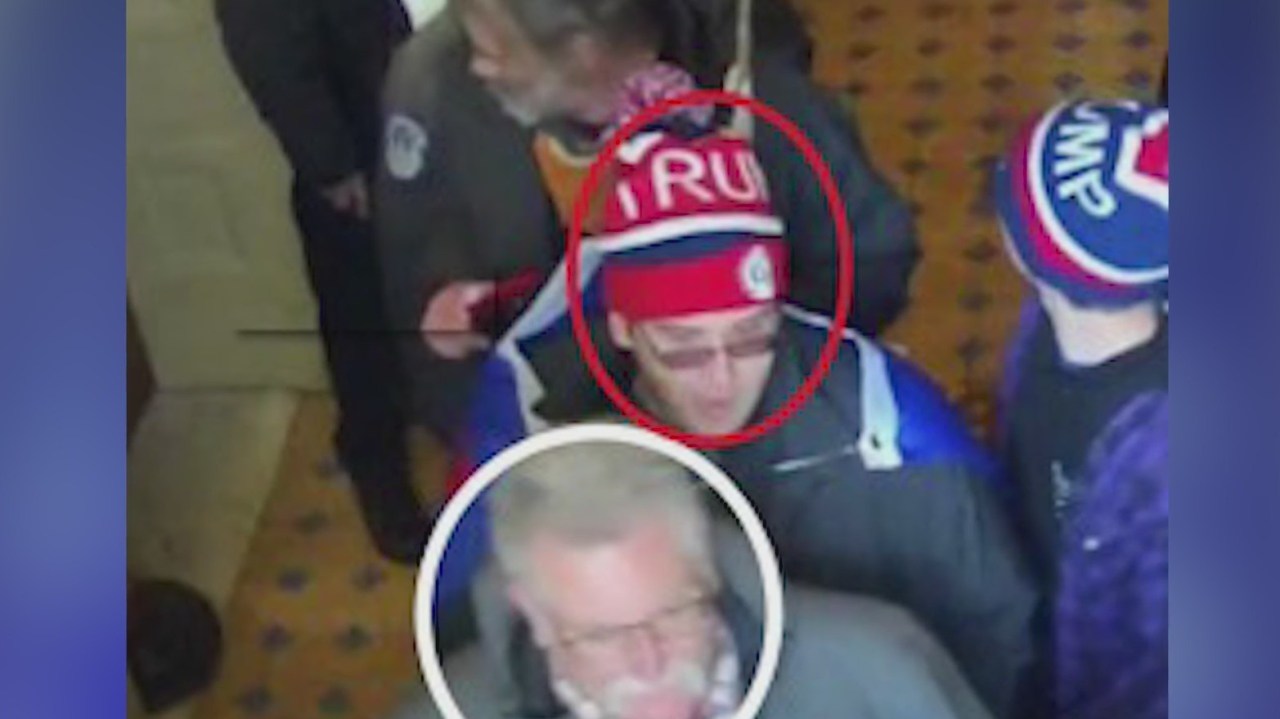 CHICAGO (AP) — An Uptown man and his Utah-based father have been charged in connection with the Jan. 6, 2021, attack on the U.S. Capitol after being arrested this week.

Matthew Bokoski, 31, was arrested Wednesday on a criminal complaint filed in U.S. District Court in Washington charging him with misdemeanor counts of disorderly conduct and unlawfully entering a restricted government building.

During a hearing in federal court in Chicago, Magistrate Judge Heather McShain ordered him released on his own recognizance.

Bokoski and his father, Bradley James Bokoski, 58, of Utah, traveled to Washington to hear President Donald Trump speak at a rally on Jan. 6 and then followed the crowd to the Capitol, which they entered through a breached Senate door, the complaint said. The elder Bokoski was arrested Wednesday near his home in Utah.

After the crowd was met by 10 to 15 police officers, both men turned around and left, the complaint said. They were in the building for about five minutes.

A tip to the FBI provide screenshots of Matthew Bokoski’s Facebook page, including one post depicting a group of people inside the Capitol and a caption reading, “I was with my dad and walked right up the capital steps and inside with others,” the complaint said.

A defense attorney listed for Matthew Bokoski declined to comment.

At least 27 other Illinois residents have been charged in connection with the Capitol riot.

Chicago Shooting News Live: A gunman on a rooftop opened fire on an Independence Day parade in suburban Chicago on Monday, killing at least six people, wounding at least 30 and sending hundreds of … END_OF_DOCUMENT_TOKEN_TO_BE_REPLACED

The real estate industry is beyond crowded — it seems like agents are popping up everywhere and taking aim at your clients. So, how can you cut through all that noise to stand out? You’ve got to … END_OF_DOCUMENT_TOKEN_TO_BE_REPLACED

Chicago Mayor Lori Lightfoot confirmed to the New York Times that the Chicago Police Department is assisting in the response and investigation.  “Law enforcement is working hard to bring the shooter … END_OF_DOCUMENT_TOKEN_TO_BE_REPLACED