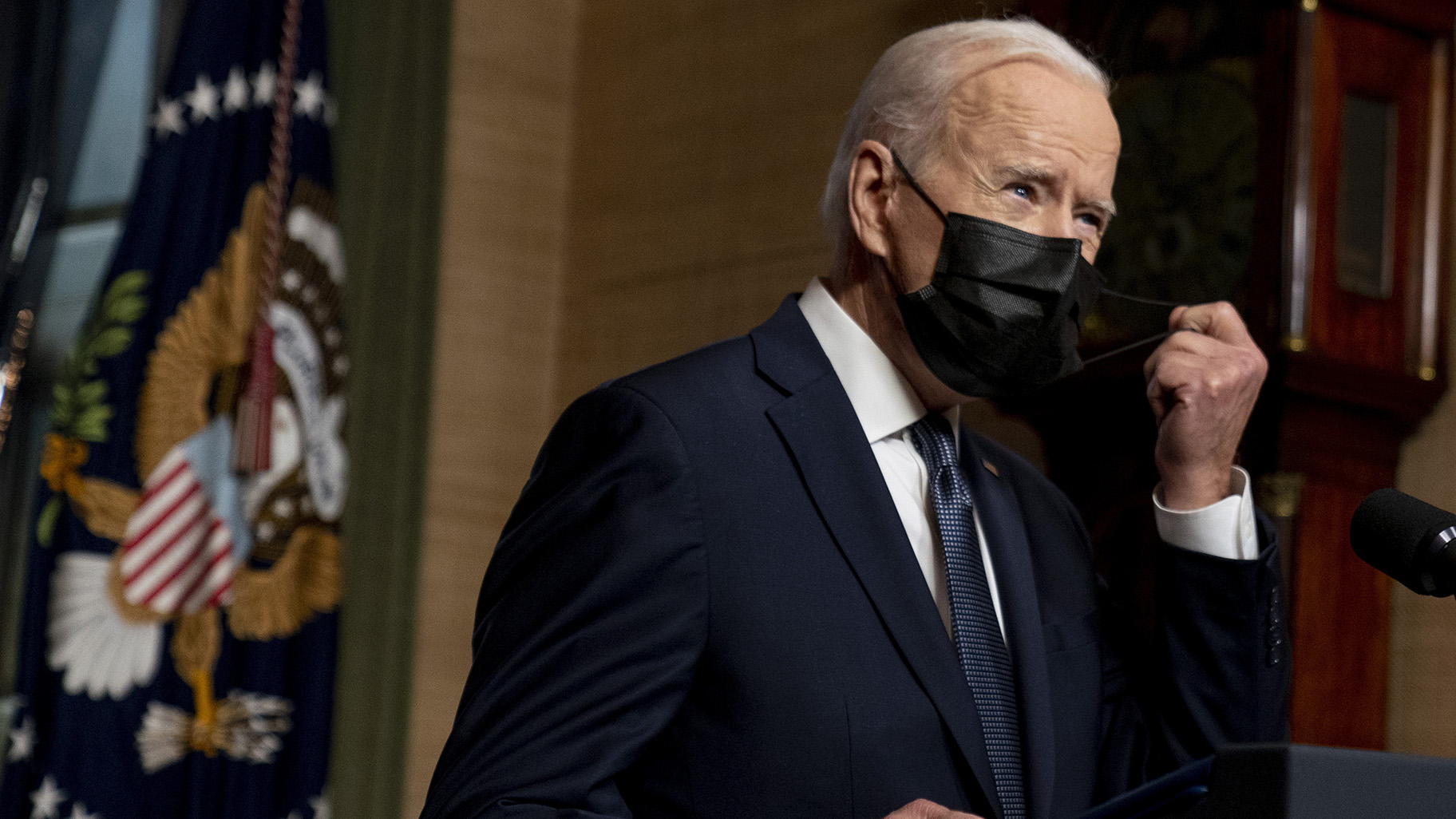 In this Wednesday, April 14, 2021, file photo, President Joe Biden removes his mask to speak at a news conference at the White House, in Washington. (AP Photo / Andrew Harnik, Pool, File)

The White House has been under pressure from lawmakers at home and governments abroad to join an effort to waive patent rules for the vaccines so that poorer countries can begin to produce their own generic versions of the shots to vaccinate their populations.

The  U.S. has been criticized for focusing first on vaccinating Americans, particularly as its vaccine supply begins to outpace demand and doses approved for use elsewhere in the world but not in the U.S. sit idle.

Klain and national security adviser Jake Sullivan said the administration will have more to say on the matter in the coming days.

Sullivan said the administration believes pharmaceutical companies “should be supplying at scale and at cost to the entire world so that there is no barrier to everyone getting vaccinated.”

Klain said the U.S. has sent India enough of the raw materials it needs to make 20 million vaccine doses immediately. India is battling a deadly new surge in coronavirus infections and deaths.

Tai’s office did not respond Sunday to an emailed request for additional detail after Klain’s and Sullivan’s comments.

Sen. Bernie Sanders, I-Vt., who is among a group of Democratic senators who are pressuring the White House on the issue, said the situation is “morally objectionable.”

Sanders said that, when millions of lives are at stake, the drug companies must be told to “allow other countries to have these intellectual property rights so that they can produce the vaccines that are desperately needed in poor countries.”

“There is something morally objectionable about rich countries being able to get that vaccine, and yet millions and billions of people in poor countries are unable to afford it,” Sanders said.

Klain appeared on CBS’ “Face the Nation,” Sullivan on ABC’s “This Week” and Sanders on NBC’s “Meet the Press.”

CHICAGO, Ill., June 24, 2021 (SEND2PRESS NEWSWIRE) — Swift Homes, a Chicago-based property purchasing company that buys homes for fair prices to rent out to local families and which is backed by a … END_OF_DOCUMENT_TOKEN_TO_BE_REPLACED