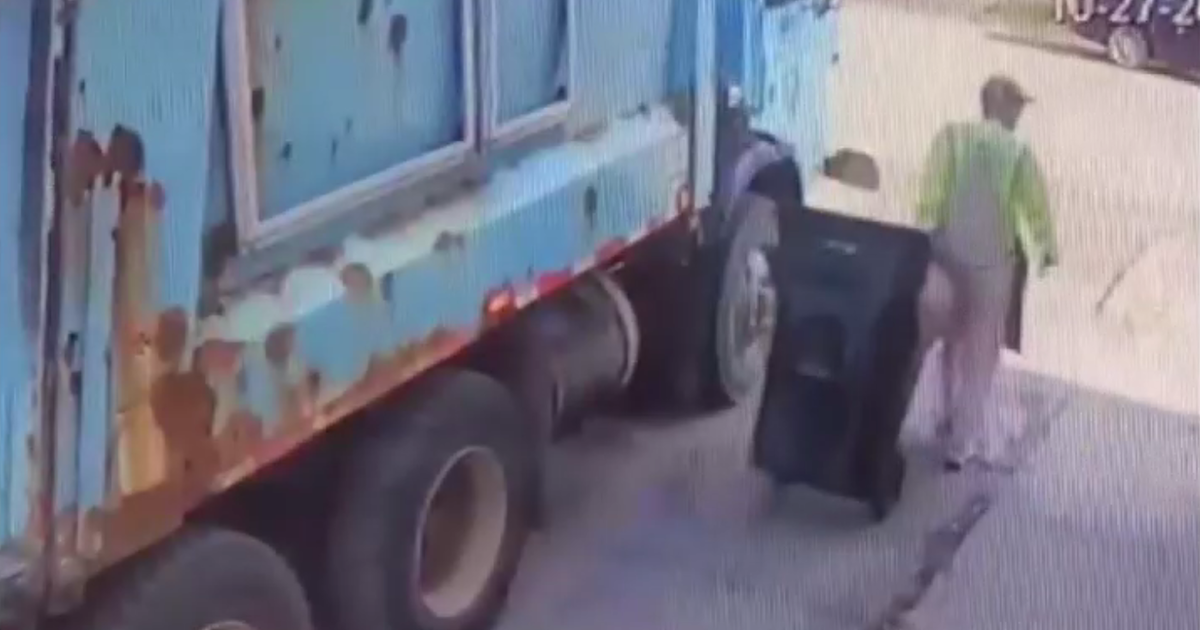 CHICAGO (CBS) — A routine workday last week turned deadly for a longtime worker with the Chicago Department of Streets and Sanitation.

As CBS 2’s Marybel González reported, a memorial with letters and balloons was still set up Thursday night in the alley behind 46th Street and Sacramento Avenue in the Brighton Park neighborhood where Edward Bowersox was killed a week earlier. His family says his coworker on the garbage crew made a turn with a truck that crushed him.

The beloved Streets and San waste collector died while doing what his family says he enjoyed – working and serving his city.

Bowersox’s family showed us video showing Bowersox hauling a black garbage cart toward a truck. Moments later, they say Bowersox was pinned along a fence in the alley by his coworker – who was driving the garbage truck and making a turn.

“They told us at the hospital that his heart exploded in his chest because he was crushed by the truck,” said Bowersox’s niece, Lydia Garcia. “When you go to work you, don’t think you’re going to get crushed.”

Bowersox, 60 – known to his family as Uncle Jon – is described by Garcia as a family man with a big sense of humor. He loved rock and roll music and his job as a garbage man – which he’s been at for more than 35 years.

“I never knew a person who liked to go in the rain, shine, snow, sleet – everything,” Garcia said, “and he wore his Carhartts, and he just ­- he went to it.”

That is why the family is devastated to hear that Bowersox died doing what he took such pride in.

“Now it’s like when I take out my garbage, it’s like I feel sad,” Garcia said, “because I know I’m never going to be able to run out and give him breakfast in the morning from Dunkin’ Donuts because I know he’s going do my garbage today.”

The Department of Streets and Sanitation released this statement:

“Last week, a Department of Streets and Sanitation (DSS) laborer was killed in a tragic accident while providing city waste collection services to the residents of Chicago. Nothing is more important than the safety of our workforce, and we are working diligently to better understand the circumstances surrounding this incident. Our thoughts and prayers are with the victim’s family during this extremely difficult time, as well as our fellow DSS employees. DSS also greatly appreciates the quick response and guidance from the City’s first responders, the Chicago Fire and Police Departments.”

Garcia said the city has offered the family $8,000 to cover funeral costs – but she says that’s not enough. The family is also seeking justice.

“It was a preventable situation. Your drivers need to watch. You have more protocols. This is unfair. He didn’t work his life for the city for them only to tell us, ‘Oh, well, here’s $8,000 – thank you,'” Garcia said. “No, it’s not right.”

The family has set up a GoFundMe page to cover the rest of Bowersox’s funeral costs.

Police, meanwhile, said no citations had been issued as of Thursday night.

PHOENIX (AP) — Devin Booker scored a season-high 51 points in just three quarters, Deandre Ayton had 30 points and 16 rebounds and the Phoenix Suns stretched their winning streak to six games with a … END_OF_DOCUMENT_TOKEN_TO_BE_REPLACED

The 202-room Courtyard by Marriott Boston Marlborough has been sold for $15.3 million. The deal for the property at 75 Felton St. in Marlborough closed on Monday, according to the Middlesex South … END_OF_DOCUMENT_TOKEN_TO_BE_REPLACED

“We can't sit back and just wait for the war in Ukraine to be over,” LaPointe said during debate on the House floor. “We in Illinois have to do everything we can … to make sure we're doing our part to … END_OF_DOCUMENT_TOKEN_TO_BE_REPLACED