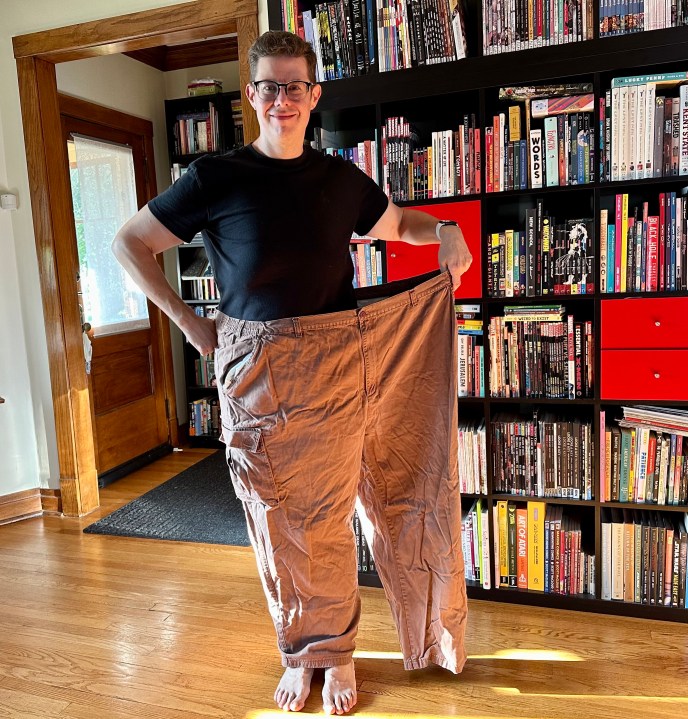 FOREST PARK, Ill. — Jough Dempsey lost track of his weight when the indicator on his scale went beyond the maximum — 450 pounds.

“I don’t know what my upper weight limit was,” Dempsey said. “Because when I bought a scale that went up to 450, I pinned it. I went over it.”

Dempsey, 46, said he has battled obesity since childhood. He moved from Philadelphia to Chicago in 2006, and he gained more than 100 pounds.

Clothes were hard to find, he said.  He needed a 6 XL shirt and size 64 pants.

Simple activities became chores. He was out of breath when he stood up, and out of space when he sat down.

“It was hard to do normal things – sit in a chair,” he said. “If I saw a chair that had arms, I’d think of those as width constraints. I would know that I have bruises on my thighs from the sides of the chair, just sitting in a normal human chair.”

But when his twin boys were born nine years ago, it was the weight of fatherhood, a new responsibility, that spurred action.

He lost nearly 200 pounds but struggled to keep it off. He soon gained 100 back.

“Everyone knows the formula,” Dempsey said. “You have to eat less. Eat better and move your body more. So, I started doing that and I hated it.”

He tried restrictive diets and intensive exercise. He even hired a personal trainer.

Making your own mountains: How ultramarathons showed a Chicago runner that ‘anything’s possible’

But he didn’t enjoy any of it. He knew if he would someday find success, he would have to learn to enjoy the process, so he worked with a therapist to try to understand why he was having such a hard time – and was able to change his outlook. Find joy in doing hard things. Or as Cubs World Series manager Joe Maddon preached, “Embracing the grind.” 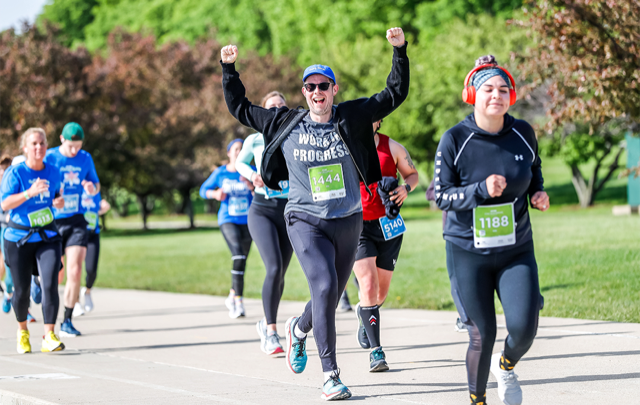 Now the Forest Park software engineer does something active every day – cycling or lifting weights at his gym, the Lifetime Fitness Center in Oak Brook.

He’s lost 225 pounds since he stood on the 450-pound scale. And for the past 12 weeks, he’s been training to run his first half marathon: Hoka Chicago Half Marathon, produced by Lifetime. It is a 13.1 mile race this weekend and thousands will run through Jackson Park, Hyde Park and along DuSable Lake Shore Drive on the South Side.

“I think a lot of my success has been in making things more difficult that they need to be, right?” he said. “I don’t need to go pick up heavy things and put them back down repeatedly. But I do, so making your life harder than to needs to be is one of those things. And just easing up on yourself. Part of my process is making mistakes.”

CHICAGO — A Chicago man faces criminal charges in the riot at the US Capitol nearly two years ago.  Federal authorities say James McNamara was identified as the suspect seen repeatedly ramming the … END_OF_DOCUMENT_TOKEN_TO_BE_REPLACED

Other provisions would loosen the definition of an EV worker and appear to be aimed at existing automakers in Illinois, especially Stellantis and Ford. They have huge conventional auto assembly plants … END_OF_DOCUMENT_TOKEN_TO_BE_REPLACED