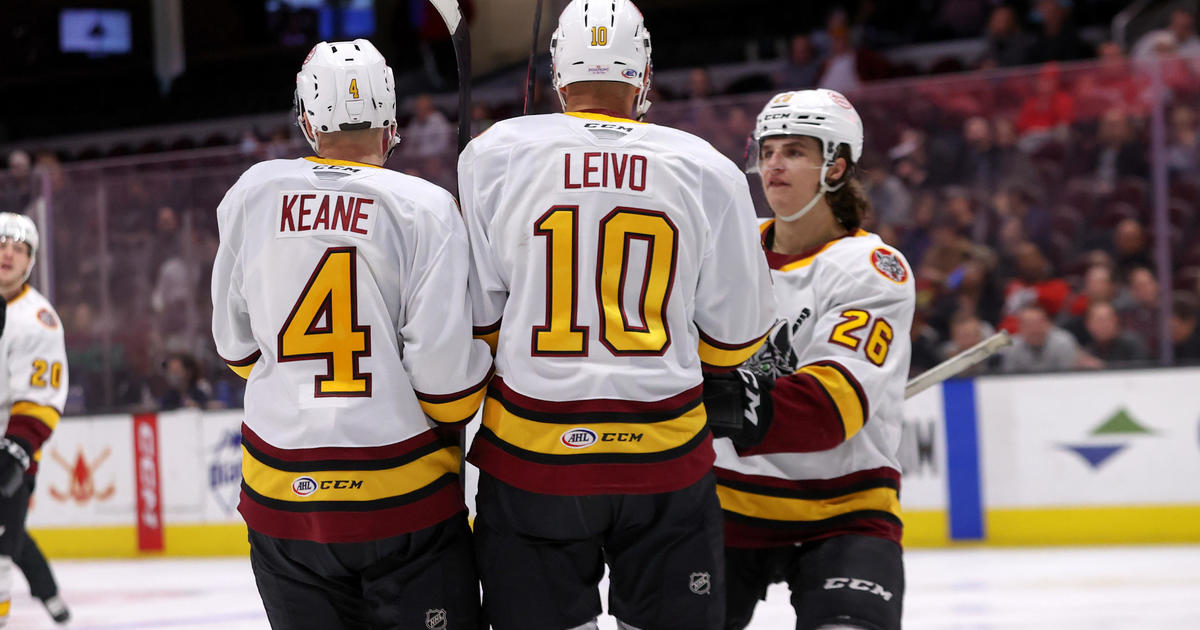 The Wolves’ Anttoni Honka scored his first goal with the American Hockey League, and veteran Mackenzie MacEachern also had a goal, the Wolves noted in a news release.

But it was not enough.

“I think everyone wants to just do a little too much,” veteran Wolves forward Brendan Perlini was quoted in the news release. “Once the games start coming a little bit thicker for us things will be a little bit simpler out there and hopefully a little bit easier.”

The Wolves are now 0-2. They lost their season opener to the Milwaukee Admirals this past Saturday, also 5-2.

The Moose jumped to a 3-0 lead early in the second period – as Wyatt Bongiovanni, Mikey Eyssimont, and Jansen Harkins each scored goals. But Honka got the Wolves on the board, scooping a loose puck deep into the Moose zone and getting a shot past the stick of Moose goaltender Oskari Salminen, the Wolves said.

Nicholas Jones and Henri Nikkanen went on to score again for the Moose. MacEachern scored one more time for the Wolves right before the end of the game, the Wolves said.

The Wolves will take on the Rockford IceHogs in Rockford on Saturday night.

Other provisions would loosen the definition of an EV worker and appear to be aimed at existing automakers in Illinois, especially Stellantis and Ford. They have huge conventional auto assembly plants … END_OF_DOCUMENT_TOKEN_TO_BE_REPLACED

After more than two years of extensions enacted because of the COVID-19 pandemic, Thursday marked the day where Illinois residents will have to once again renew their driver’s licenses, leading to … END_OF_DOCUMENT_TOKEN_TO_BE_REPLACED