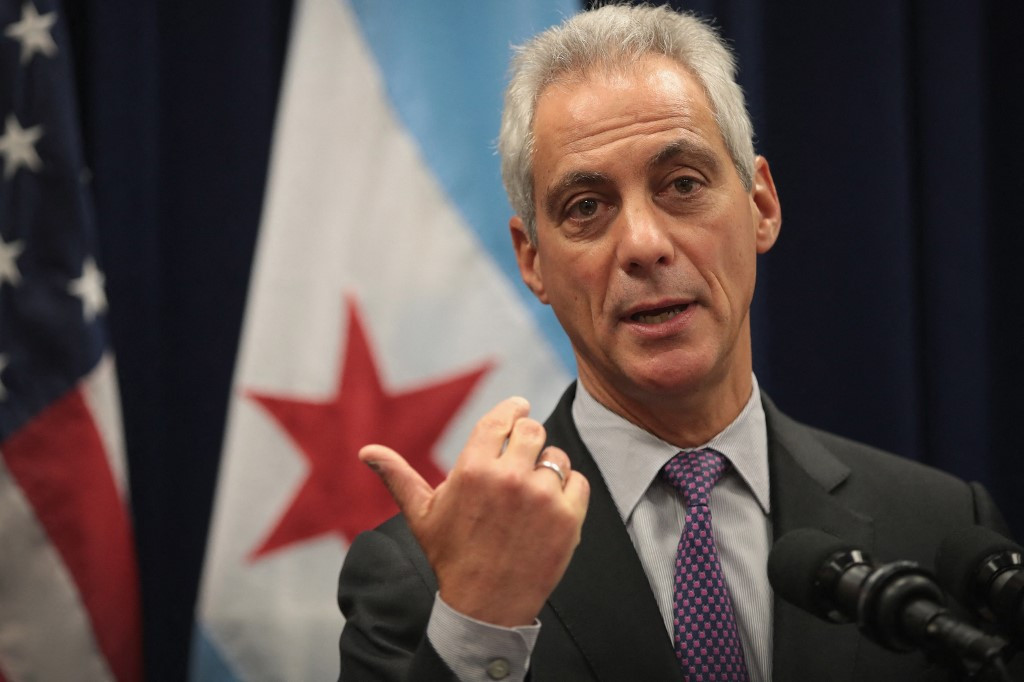 Joe Biden has chosen Rahm Emanuel, former mayor of Chicago and chief of staff to Barack Obama, as US ambassador to Japan, the Financial Times reported Tuesday.

There had been speculation that Emanuel would become envoy to China, but that job is expected to go to former top US diplomat Nick Burns, the report said, citing multiple sources familiar with the Biden team’s discussions.

Ambassador to Japan is one of Washington’s most important diplomatic postings, and Tokyo one of its most important allies, highlighted when prime minister Yoshihide Suga was the first foreign leader Biden received at the White House.

At that meeting, the United States and Japan vowed to stand together against an assertive China, with a joint statement calling for “candid conversations” and raising concerns over Beijing’s growing maritime moves, its clampdowns in Hong Kong and Xinjiang and growing tension over Taiwan.

Emanuel’s appointment would continue a tradition of sending high-profile political operators to Tokyo.

Emanuel, the son of an Israeli immigrant, is known as a high-energy, fierce Democratic partisan.

He came to national notice as an enforcer in the Clinton White House, where he held several roles, ramming home the administration’s agenda.

He was credited with masterminding the 2006 Democratic election triumph, which saw the party grab control of the House of Representatives from the Republicans, and returned to the White House as chief of staff to President Obama.

He then served two terms as mayor of Chicago, before surprising the political establishment by declining to run for a third, just as an incendiary police shooting trial was about to begin.

He has a reputation for abrasiveness and the occasional piece of profanity-laced rhetoric, attributed to his training in the bearpit of Chicago politics.

Mireya Solis, a Japan expert at the Brookings Institution, told the Financial Times that while Tokyo would value his relationship with Biden, there was some “trepidation” over his reputation for bluntness.

Harmon finally adjourned the Senate with the prediction that a bill ultimately would pass. Environmental advocates and union representatives would meet "as soon as tonight" to continue to try to hash … END_OF_DOCUMENT_TOKEN_TO_BE_REPLACED

Who ever thought that we could transition so quickly from high to low inventory? Of course, there are still houses for sale. For instance, Winnetka currently has 46 listed homes, some of which … END_OF_DOCUMENT_TOKEN_TO_BE_REPLACED