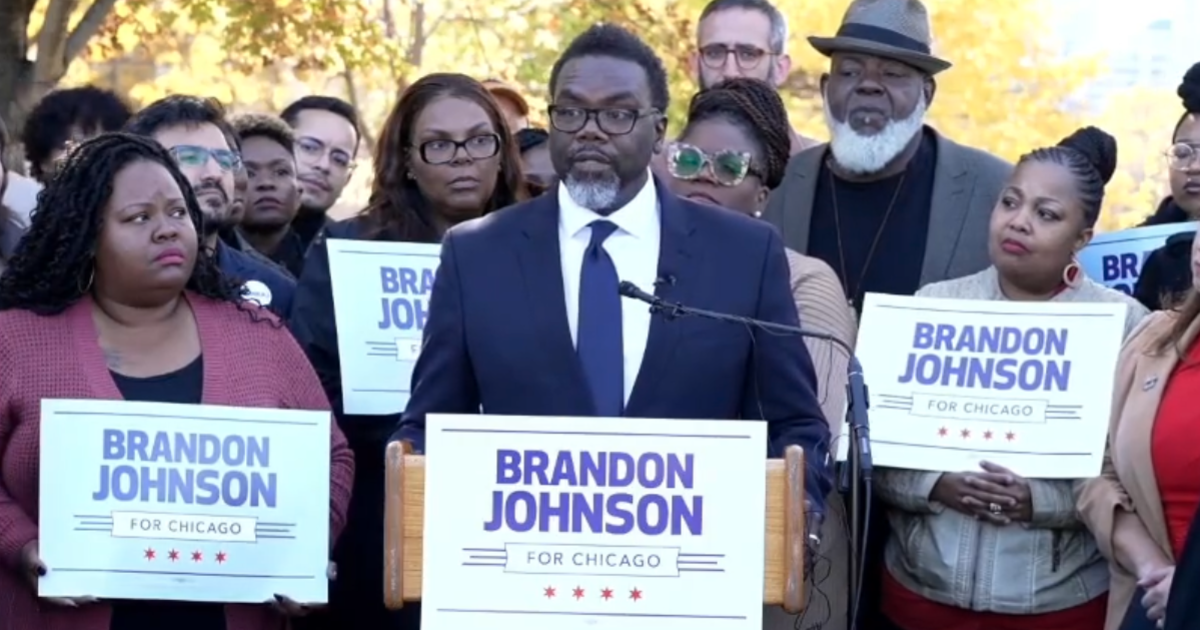 The former elementary school teacher who has spent much of the last decade as a political organizer for the Chicago Teachers Union has already received the backing of the CTU, influential socialist party United Working Families and four Northwest Side progressive independent political organizations that hosted a mayoral forum in September.

“It has become increasingly clear to me that Chicagoans are ready for change, and most important, ready to see their own vision and priorities reflected on the fifth floor of City Hall,” Johnson said in a prepared statement ahead of the event.

Johnson ousted former Commissioner Richard Boykin in 2018 to represent Chicago’s West Side and Oak Park on the Cook County Board of Commissioners.

Johnson sought to cast himself at the September forum as an organizer who will allow progressive organizations a seat at the table in his campaign and who’s ready to lead a ticket of progressive aldermanic candidates in the February election.

“We get to make decisions together,” he said. “See, I’m not afraid of the organizing that’s necessary to actually transform the politics of Chicago. Why? Because we have demonstrated that it already works.”

Johnson, a first-term county commissioner who’s well known in progressive circles for his organizing work with the powerful teachers union, will need to raise money quickly to boost his name recognition to win citywide.

That cash and institutional support could help him separate himself from those currently vying for progressive backing, including state Rep. Kam Buckner, community organizer Ja’Mal Green and Alds. Rod Sawyer, 6th, and Sophia King, 4th.

But Rep. Jesus “Chuy” Garcia’s flirtation with a run himself could change the dynamic. Garcia forced former Mayor Rahm Emanuel into a runoff in 2015 with the support of the CTU and other labor unions, and supporters are currently circulating ballot petitions to persuade him to run again.

Emma Tai, executive director of United Working Families, told Crain’s in September her group’s support of Johnson is about shifting the mayoral race to the left as much as it’s about putting Johnson in office.

“The point is not just to win, but to build power, build organizations and shift the Overton window” of what’s discussed in Chicago politics, she said then.

At the mayoral forum, Johnson did not shy away from supporting progressive policies that may face headwinds in persuading voters citywide to back a CTU-supported candidate against Lightfoot. Lightfoot easily defeated Cook County Board President Toni Preckwinkle in the 2019 runoff despite the union’s support.

He was unequivocal that he would cut the budget of the Chicago Police Department and touted a nonbinding resolution he sponsored in 2020 “calling for the budget of Cook County to relieve itself of its addiction of policing and jails.”

Johnson was also supportive of a bevy of new taxes to raise the revenue to provide more mental health funding, build affordable housing and provide homelessness services, including the revival of a state progressive income tax fight that Gov. J.B. Pritzker has said he won’t seek if re-elected in November.

“I support the progressive revenue tax because the city of Chicago and Cook County supports the tax. We also support corporate head tax. . . .Of course the financial transaction tax, absolutely I support that,” he said.

But Johnson pivoted to what he hopes will energize progressives behind his cause: coalition building.

“If we’re going to see progressive revenue in the city of Chicago, it’s going to take organizing, but I know y’all are good at that,” he said.

Johnson joins a list of nine candidates, including Mayor Lightfoot, running for mayor. In addition to Garcia, Ald. Tom Tunney, 44th, and former Gov. Pat Quinn have been gathering petition signatures as they consider jumping into the race.

The election is Feb. 28. If no candidate garners 50% of the vote, the top two candidates will head to a runoff election April 4.

CHICAGO — A Chicago man faces criminal charges in the riot at the US Capitol nearly two years ago.  Federal authorities say James McNamara was identified as the suspect seen repeatedly ramming the … END_OF_DOCUMENT_TOKEN_TO_BE_REPLACED

Other provisions would loosen the definition of an EV worker and appear to be aimed at existing automakers in Illinois, especially Stellantis and Ford. They have huge conventional auto assembly plants … END_OF_DOCUMENT_TOKEN_TO_BE_REPLACED