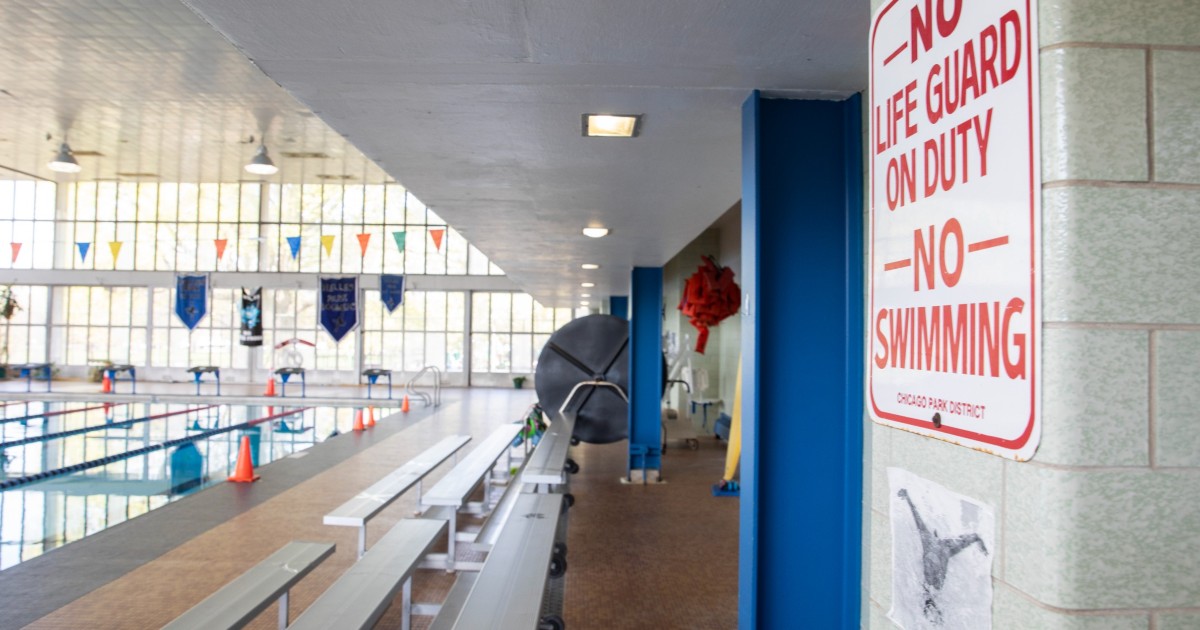 Chicago Mayor Lori Lightfoot again dodged questions Friday about the future of her embattled parks board president, Avis LaVelle, but Lightfoot said she expected LaVelle herself “will be making a decision relatively soon about what her future will be with the park district.”

Eight members of the City Council have called for the removal of LaVelle over the park district’s handling of widespread allegations of sexual harassment, abuse and assault involving lifeguards at public beaches and pools.

Ald. Raymond Lopez, 15th, Thursday added his name to the list and tweeted, “Everyone is focusing on the @ChicagoParks Board President needing to resign. Anyone on the board that was silent this entire time is complicit. Force them out too!”

He followed that up Friday with a letter to the entire board, calling on them all to resign.

But Lightfoot effusively praised LaVelle — who was the press secretary at City Hall under former Mayor Richard M. Daley — and made clear that she will not be the one to remove her from the park district board.

“Avis LaVelle has given a lot of service to this city over decades,” Lightfoot said at an unrelated news conference Friday. “I know that this has been a very trying time for her personally, professionally, and very difficult on her family. My expectation is that she will be making a decision relatively soon about what her future will be with the park district and I’m sure you’ll hear from her at that time.”

Lightfoot did not specify when that announcement might be. The next regularly scheduled meeting of the Park District Board of Commissioners is Nov. 10.

The mayor’s comments in praise of LaVelle’s long standing work with the city received immediate pushback from one woman who says she was a victim of park district abuse.

Julie Tortorich, 61, says she was abused by a parks supervisor as a teen lifeguard in the 1970s, and called on LaVelle to step down.

“She’s been around too long,” Tortorich said. “She needs to go. We need new blood that’s not going to tolerate the old practices.”

LaVelle is a longtime player in Chicago politics and government. In addition to her post under Daley, LaVelle has served on the park district board for more than a decade, taking the helm as president in February 2019.

LaVelle also owns and operates a public-relations firm, A. LaVelle Consulting Services, based in downtown Chicago. Records show her biggest clients have included major local government contractors and the private operators of the city parking meter system and the Chicago Skyway toll road.

The company has also done work under deals with other local government agencies, including the City Colleges of Chicago and the Chicago Transit Authority, according to public records and A. LaVelle Consulting’s website.

On Friday, Lightfoot saved her most pointed criticism for her former park district CEO Michael Kelly, who resigned last month hours after the mayor said he should be fired.

Kelly was the main focus of a report on the lifeguard abuse scandal issued earlier this week by a special counsel hired by the park district board. That report focused on management at the park district and not the board.

The review concluded that Kelly knew about the explosive allegations far longer than previously revealed. And investigators accused Kelly of doing nothing to investigate the complaints immediately, contrary to his public claims before he was forced out.

Kelly received complaints in August 2019 from the parents of a young female lifeguard who worked at Oak Street Beach, the report found. That was nearly seven months before the lifeguard herself sent him an email alleging “extreme abuse” at the iconic Lake Michigan beach in February 2020.

Kelly told her then he would turn the matter over to the park district’s internal watchdog, but the inspector general was notified only 41 more days later, after the mayor’s office forwarded a second complaint from another young former lifeguard.

“I think this week’s announcements clearly show that the former superintendent repeatedly lied, and repeatedly lied publicly about what he knew, when he knew it and what actions were taken,” Lightfoot said.

At a news conference earlier this week, LaVelle acknowledged the “dysfunctional” approach to the investigation, and apologized to victims for a “slow, tortured process.” She then deflected blame toward Kelly, saying she trusted him to institute reforms and he misled her.

LaVelle has not responded to growing calls by aldermen to step down. On Thursday, she was scheduled to appear on WVON-1690 AM for an interview about the lifeguard abuse scandal, but the program’s hosts announced LaVelle backed out.

Earlier that day, WBEZ reported that LaVelle attempted to contact Cook County State’s Attorney Kim Foxx via a personal text message in August — when prosecutors opened their own probe into allegations of sex crimes and corruption in the park district’s handling of the lifeguard abuse case. Foxx rebuffed LaVelle’s request to speak with her by sending a formal letter in response. The letter concluded by making clear that the park district leaders were not welcome to contact Foxx directly.

But Lightfoot, who is a former federal prosecutor, declined to say whether she thought LaVelle had acted appropriately in seeking to speak with Foxx. The mayor instead referred to an ongoing probe by the state’s attorney.

President Joe Biden speaks as he announces that he is nominating Jerome Powell for a second four-year term as Federal Reserve chair, during an event in the South Court Auditorium on the White House … END_OF_DOCUMENT_TOKEN_TO_BE_REPLACED

Research has shown that women are most likely to shop for milk substitutes, and so the all-women Planting Hope, which counted food industry financier Larry Levy and other men as early investors, is no … END_OF_DOCUMENT_TOKEN_TO_BE_REPLACED