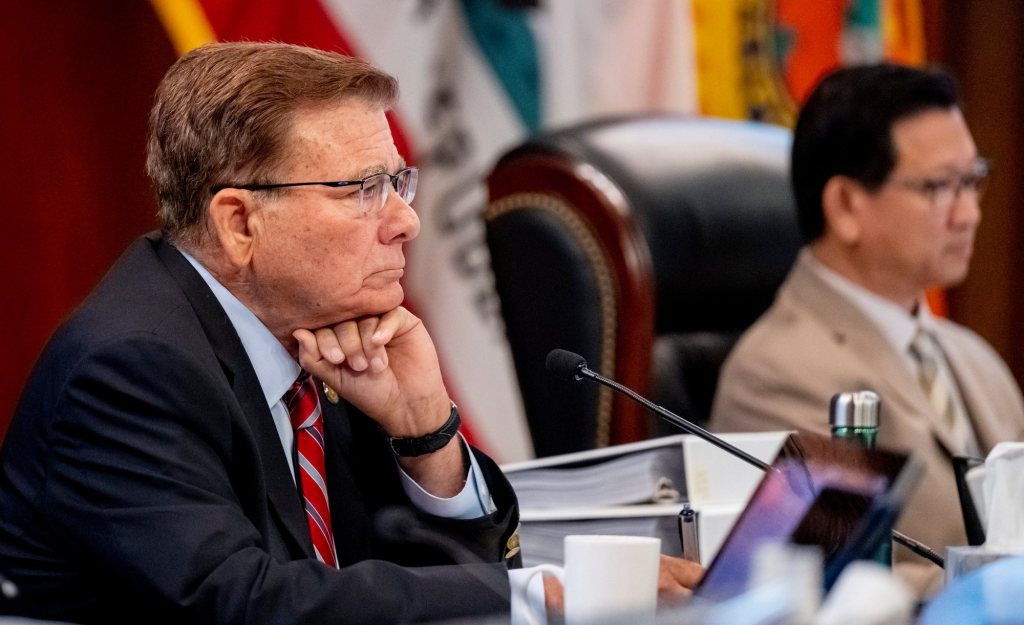 In the old days of machine politics, especially in gritty Eastern and Midwestern cities, Democratic politicians handed out “walking around money” to ward bosses and volunteers, who would distribute it as they saw fit. Although the sums were relatively small, the political “machine” would hand out cash to local residents and essentially buy support and gin up the vote.

The sunny, palm-tree lined streets of Orange County are a long way from Philly or Chicago, but Orange County’s Board of Supervisors has been following in the tawdry footsteps of mayors Frank Rizzo and Richard J. Daley. This being wealthy Orange County, the financial handouts go far beyond the 20s and 50s that old-time politicos distributed.

“County supervisors authorized their colleague Doug Chaffee to decide how to distribute $9.5 million in federal COVID relief dollars, without publicly naming which organizations would get the money,” the VoiceofOC reported. That’s nearly $10 million in taxpayer funds — all distributed without any serious oversight or accountability.

Did we mention that Chaffee, the fourth district supervisor who represents North Orange County, is locked in a tough election battle? Although a Democrat, the county Democratic Party threw its backing behind Buena Park Mayor Sunny Park. She was the top vote getter in the June primary and faces off against Chaffee in November.

We reluctantly endorsed Chaffee for re-election given Park’s left-wing politics, but this secretive money disbursal only reinforces our reservations.

It’s shameful, but Chaffee isn’t the only one to blame. Other supervisors approved — and strongly defended — this approach to spending.

Supervisor Andrew Do, who has a reputation as the Darth Vader of open government, has resisted requests to detail $200 million in COVID-related spending, the publication explained. And Supervisor Don Wagner is satisfied Chaffee detailed the categories of groups receiving the cash. Oh please.

Chaffee needs to name the recipients of this public largess and supervisors need to insist on full disclosure on all such expenditures. If the county is going to be doling out money, the recipients should be publicly identified first, not later.

Chicago politics ought not be the model for OC.

Democrats called the bill the largest investment in fighting climate change ever made in the US, and it’s projected to help cut greenhouse gas emissions by about 40% from 2005 levels by the end of the … END_OF_DOCUMENT_TOKEN_TO_BE_REPLACED