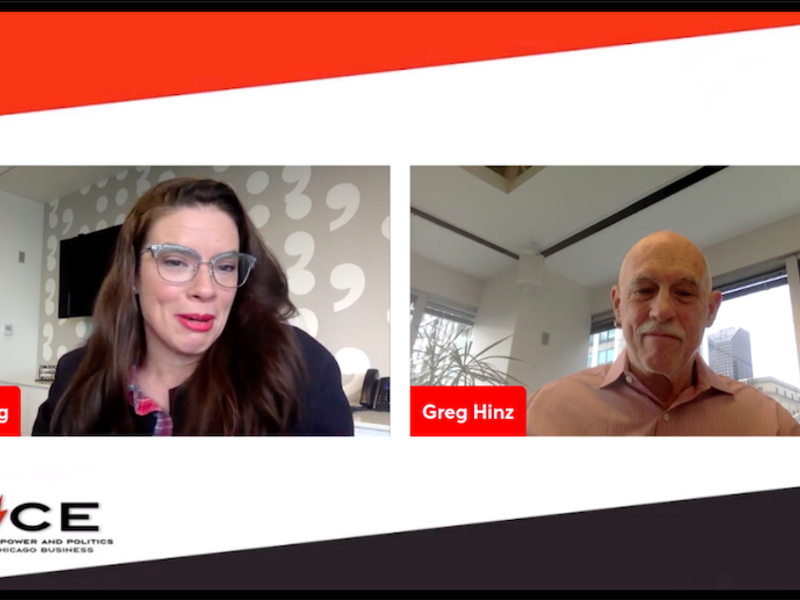 • Who is Michael Reschke, the buyer planning to revive the Thompson Center? A veteran real estate developer known for taking big risks downtown has lined up what may be his biggest gamble yet. Crain’s Danny Ecker analyzes Reschke’s track record.

• Amazon driver texts reveal chaos as Illinois tornado bore down: The e-commerce giant has pledged to investigate and improve policies and safety guidance.

• It’s official: Rivian will build next EV plant in Georgia. For a hot minute, it looked like Illinois was making a play for the new plant, which will employ more than 7,500 people. But now we know the direction the manufacturer intends to go, and that’s south. The new factory is scheduled to open in 2024 and will eventually build 400,000 vehicles a year.

Here is a new way you can watch local news, 24 hours a day, seven days a week – for free!  NBC 5 has launched NBC Chicago News on Peacock. Here, you will see around-the-clock local news coverage. … END_OF_DOCUMENT_TOKEN_TO_BE_REPLACED

Proper Rate, the joint venture by Guaranteed Rate and @properties, has named Rich Honquest as a new vice president of mortgage lending. In the position, Honquest will be originating loans in the … END_OF_DOCUMENT_TOKEN_TO_BE_REPLACED

Tuition for out-of-state and international freshmen will increase by 2.5% in Urbana-Champaign, 1.8% in Chicago and 1.5% in Springfield. Tuition at U of I was previously frozen from 2015-2019 and in … END_OF_DOCUMENT_TOKEN_TO_BE_REPLACED