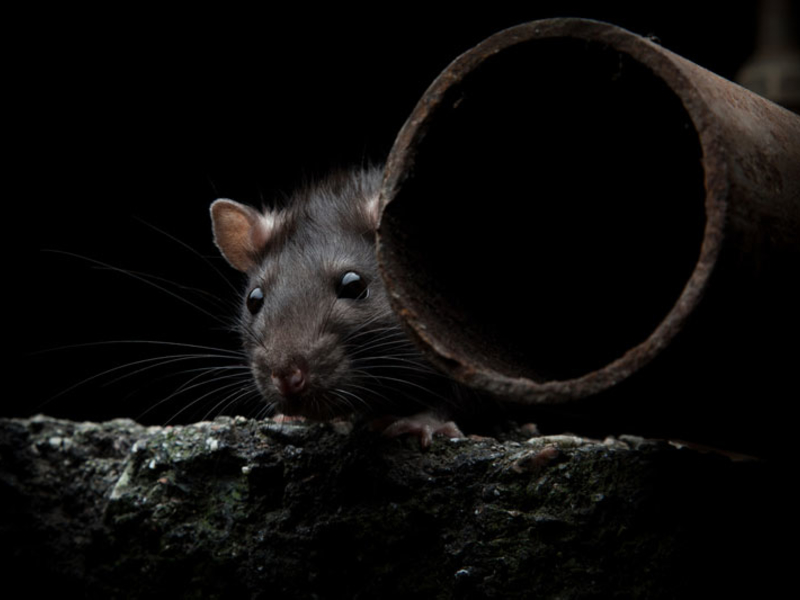 That’s despite the city of Chicago’s population, 2.71 million in 2019, being about one-third New York’s 8.42 million that year.

RentHop has data back to 2016, and Chicago has out-ratted New York by a wide margin in the comparable period for each of those years (first 11 months plus 10 days). That prompted RentHop to label Chicago “the forever rat capital in the U.S.”

The last time Matt Brown saw a rat was two days ago, in the alley behind his house in Kilbourn Park on the Northwest Side. He’s used to it, and so are his two daughters, ages 2 and 11.

When Brown drives the girls home from activities and the kids notice rats in their alley, he said, “They point and laugh.”

RentHop reports 311 rat complaint data on four major cities: New York, Chicago, Boston and Washington, D.C. Shane Lee, a data analyst for RentHop, said in an email that the four cities compile and post their data in similar ways, so the study is apples-to-apples, and that they are “some of the most densely populated cities in the nation. Denser population usually means more apartment buildings, more food sources, and therefore, more rodents.”

Not only did Chicago’s tally of rat complaints come in far higher than New York, it’s more than the combined number of complaints in New York, Boston and Washington (40,239).

Complaints rose in 2021 in three of those cities and fell in Boston. In Washington and New York, the year-over-year increase was bigger than in Chicago. Even so, Lee said, with a gap of about 34,000 complaints between Chicago and New York, “it’s unlikely for New York to take over the ‘Rat Capital’ title.”

RentHop’s data, based on 311 calls, lines up with an annual “50 rattiest cities” ranking put out by pest control service Orkin. Its figures, based on the number of rat treatments it provides, have ranked Chicago as the rattiest for seven years running.

Monica Patel has lived it. After she spotted a rat in the living room of her Uptown apartment one night in March or April 2020, her landlord performed rat abatement that included plugging the hole the rat used to enter her home. About a year later, another rat used that same hole to enter her apartment, and she also spotted a dead rat on the property outside.

When her lease expired, Patel moved to an apartment in Lakeview. She had been ready to move for other reasons, she said, but, “The rat incidents,” she said, “definitely expedited the process.”

Mimi Simon, a spokeswoman for Chicago’s Department of Streets & Sanitation, said in an emailed statement that the city has seen an increase in rat complaints during the pandemic and that “crews are out each day to bait alleys and backyards, and we are reallocating our resources to help ensure adequate coverage.”

This fall, the department opened two new rodent control offices, so that it now has three, on the North and South sides and a central city location.

Simon said residents can help control the spread of rats by sealing garbage cans tightly, cleaning up yard refuse and taking other measures listed on the city’s website.

Lee and Simon both said rats have likely been more visible in residential areas since the start of the pandemic because widespread restaurant closings have meant less food for rodents in the trash bins, sending them scurrying into other locations to find food. Simon said people who adopted pets during the pandemic may mean there’s more dog poop being left behind, also attracting rats.

“The pandemic most likely has boosted rat sightings,” Lee said. The New York Times reported last week that that city’s rodent problem has spiked during the pandemic.

There may be far more sightings than there are calls to 311. Brown, the Kilbourn Park dad, said his alderman, Ariel Reboyras, 30th, puts out signs asking people to clean up after their dogs to help control the rat problem and that city-issued yellow-and-red rat abatement signs are posted in his alley.

Even so, Brown hasn’t called 311 about rats.

“It never occurred to me,” Brown said, “in part because it took like nine months to get a new garbage can, so I would assume every one of those 311 services is so backed up that no help is coming.”

Andre Gordillo hasn’t called 311 about rats, either. Gordillo, who lives in Little Village, said he sees “plenty” of rats in his neighborhood, most recently when he was parking his car and a rat was scrounging on the adjacent sidewalk. His landlord has been assiduously fighting a rat problem in the backyard with traps.

On a visit to New York recently, Gordillo saw even more rats, which didn’t surprise him. “It’s a dirtier city,” Gordillo said. “They dispose of their trash on the sidewalks, which attracts rats.”

Gordillo has a theory on the big differential between Chicagoans and New Yorkers calling 311 about rats. It’s probably not that there are more than twice as many rats in the far smaller of the two cities, he said, “it’s that New Yorkers are used to it and don’t complain. Rats come with the territory if you live in New York.”

A representative for Vistria declined to comment. Founded in 2013 and led by Marty Nesbitt and Kip Kirkpatrick, Vistria manages more than $8 billion in assets and invests across health care, education … END_OF_DOCUMENT_TOKEN_TO_BE_REPLACED