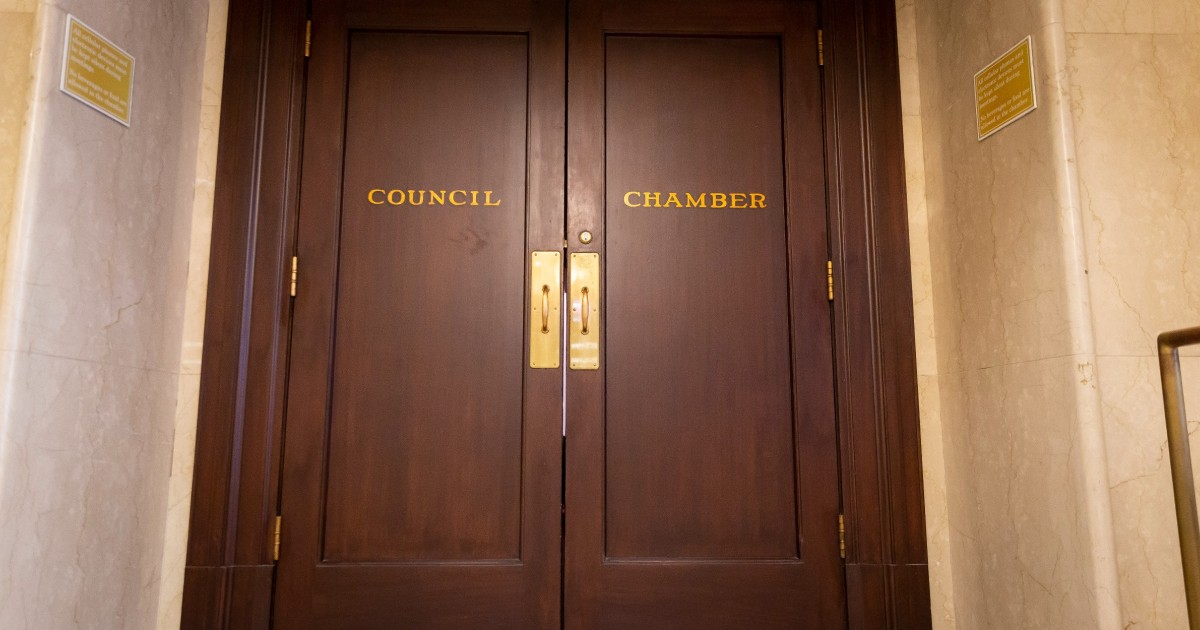 Mary Dixon: The Chicago City Council delivered a major check on Mayor Lori Lightfoot’s power yesterday. In an unusual move, they voted down her appointment to lead the city’s Education committee. It was a noteworthy moment as some council members continue to fight for more independence from the mayor’s office. WBEZ’s Mariah Woelfel has more on how the political clashing could have a real impact on the council’s ability to serve residents.

Mariah Woelfel: It is an unwritten tradition in Chicago politics that the mayor gets to choose the council members who control committees. Like finance, public safety, education. That means that even though alderman technically have to vote on those appointments, the mayor’s choice is typically rubber stamped. But that was not the case yesterday.

Mariah Woelfel: Lightfoot was attempting to appoint Alderman James Cappleman, an ally of hers who is retiring after this term, to lead the committee on education. That seat has been vacant for months since the previous chair resigned. And in a last minute move this week, Lightfoot chose Cappleman over perhaps a more logical candidate.

Mariah Woelfel: The vice chair and now acting chair of the committee itself, Alderwoman Sophia King, who happens to be running against Lightfoot in the 2023 mayor’s race. This all came to a head at the end of yesterday’s meeting when King spoke out.

Sophia King: And quite frankly, if you would spend more time attacking problems instead of people, we’d be much better off.

Lori Lightfoot: You’re out of order and I’m not going to let you make a political speech on the floor, because of your aspirations.

Mariah Woelfel: Lightfoot goes on to deny that her move to choose Cappleman over King was political. If you’re rolling your eyes at the idea of another story about politicians yelling at each other during an election season, let’s talk about why committee chairmanships matter. To help, I called former Inspector General Joe Ferguson, who for more than a decade up until last year was the city’s top watchdog. Take a piece of legislation about police oversight for instance, before that legislation gets a vote by the city council, it has to pass through committee.

Mariah Woelfel: In other words, if a mayor disagrees with that hypothetical police reform package, her public safety chairman can find ways to keep it in committee for months or even years, which actually did happen in Chicago. It’s why mayors here have very rarely had to use their veto power to reject legislation because they’re able to stop it from coming up for a vote in the first place. It also means if a political opponent is in line for a chairmanship, that seat can remain empty for months, delaying progress on ordinances that could be helping residents.

Joe Ferguson: This is not how effective democracies with proper checks and balances between an executive and the legislative branch runs. We do not have democracy in Chicago, at least as a procedural matter.

Mariah Woelfel: This is something reform-minded aldermen want to change, but may not have the momentum to do so just yet. Alderman Carlos Ramirez-Rosa is a two-term alderman who chairs the Democratic Socialist Caucus.

Carlos Ramirez-Rosa: You could have Alderpeople decide collectively that they’re going to build a coalition of 26 to appoint those committee chairmanships. The question is around what basis do you build that alliance?

Mariah Woelfel: He notes, not everyone who voted against Lightfoot’s appointment yesterday did so in a show of support for change. Some just didn’t like the last minute nature of her move. They wanted more of a heads up on the appointment. At a press conference after the meeting, Lightfoot hinted that she’ll try again in the future, giving her more time to whip votes in support of the chairman of her choice. Mariah Woelfel, WBEZ News.

WBEZ transcripts are created on a rush deadline by an automatic speech recognition service and members of our digital team. The authoritative record of WBEZ’s programming is the audio record.

Advocates staged a tent city in the lobby of City Hall during Mayor Lori Lightfoot's budget address on Monday, Oct. 3, 2022, calling on Chicago to provide a dedicated stream of funding to tackle the … END_OF_DOCUMENT_TOKEN_TO_BE_REPLACED

The candidates face off Dec. 6 in the final Senate contest of the 2022 midterms because neither surpassed 50% of the vote in the general election a little more than two weeks ago, which included a … END_OF_DOCUMENT_TOKEN_TO_BE_REPLACED