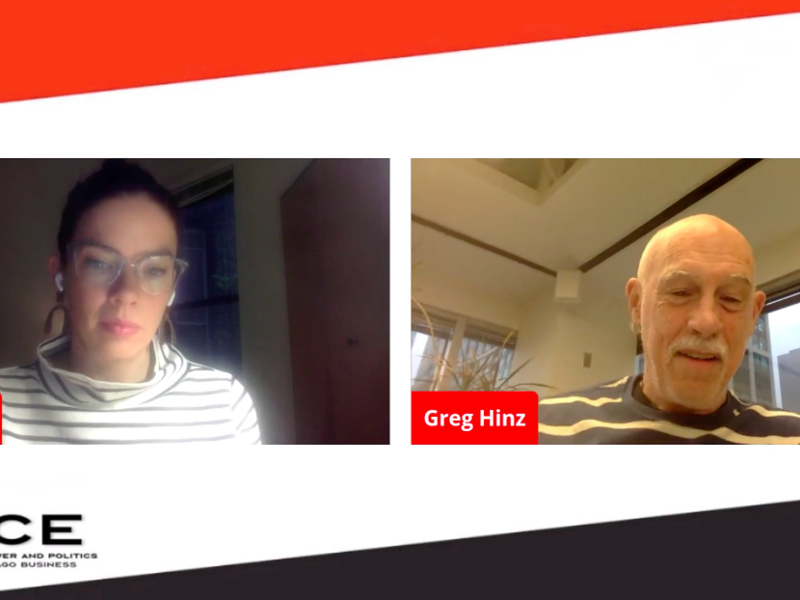 Kinzinger is out: The Illinois Republican who became a darling of the anti-Trump resistance while irritating the GOP base, cited tribal politics as one reason he won’t be running for re-election to Congress, but added: “I want to make it clear, this isn’t the end of my political future, but the beginning.” You can watch his video announcement—and read between the lines along with the rest of the political pundit class—right here.

One Central developer’s secret grab for $6.5B gets zapped in Springfield: The sneak play to speed cash to the proposed mega-development near Soldier Field might have passed unnoticed in broader legislation if the lawmaker representing the neighborhood hadn’t caught wind of it. But he did. Meanwhile, who slipped that language into that legislation? It’s a mystery the Crain’s Greg Hinz is still working to unravel.

In 11th hour, EV incentives and remap go to Pritzker for signature: It took four tries, but Springfield Dems finally settled on a congressional map that will satisfy all but one of them. Meanwhile, a massive plan to incentivize electric vehicle investment passed after some key concessions.

To keep the Bears in Chicago, partner with them: Professors from the University of Chicago’s Harris School of Policy may not have a solution for the Chicago Bears offense, but two of them do think they have a playbook that the Lightfoot administration could use to keep the team within city limits. They lay out their thinking in a guest op-ed in Crain’s.

Michigan is beating Illinois at the cannabis game. Here’s why that matters: It’s another sign of the toll that Illinois’ licensing stumbles are taking on the development of a new billion-dollar industry here. Crain’s John Pletz has the details.

Did Chicago dodge a housing bubble? Crain’s Daily Gist podcast: Crain’s residential real estate reporter Dennis Rodkin talks with host Amy Guth about news from around the local housing market, including a look an apparent end of the house price boom despite prices continuing to climb in other cities.

Dream big on curbing climate emissions: Market-based solutions to climate change may actually be within reach. So says Chicago Climate Exchange founder Richard Sandor in a guest op-ed in Crain’s.

Chicago Shooting News Live: A gunman on a rooftop opened fire on an Independence Day parade in suburban Chicago on Monday, killing at least six people, wounding at least 30 and sending hundreds of … END_OF_DOCUMENT_TOKEN_TO_BE_REPLACED

The real estate industry is beyond crowded — it seems like agents are popping up everywhere and taking aim at your clients. So, how can you cut through all that noise to stand out? You’ve got to … END_OF_DOCUMENT_TOKEN_TO_BE_REPLACED

Chicago Mayor Lori Lightfoot confirmed to the New York Times that the Chicago Police Department is assisting in the response and investigation.  “Law enforcement is working hard to bring the shooter … END_OF_DOCUMENT_TOKEN_TO_BE_REPLACED