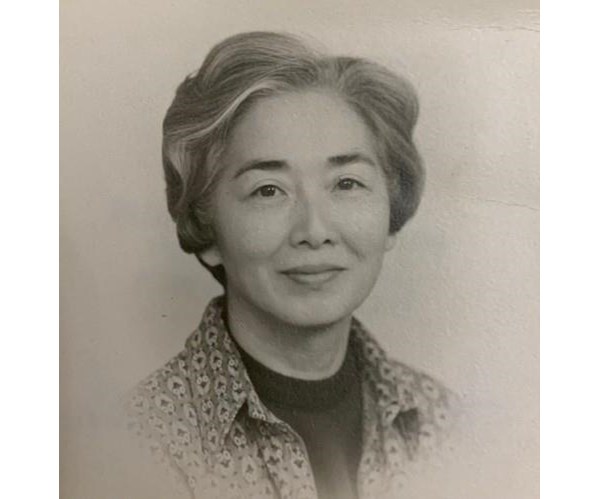 Hannah Okamoto Takahashi
1925 – 2022
Resident of Los Altos, CA
Hannah Okamoto Takahashi, 96, passed away on March 12, 2022, in Los Altos, California.
She was born on May 2, 1925, in Onalaska, WA, the daughter of Henry and Yone Okamoto. She was the third of ten children in the family.
As migrant workers, Hannah’s family moved throughout the west coast during the Great Depression in her formative years. During World War II, Hannah and her family were interned in Poston, Arizona. Hannah was very proud that all seven of the Okamoto brothers were honored to serve their country, many heroically, during World War II, the Korean War, and the War in Vietnam. After the war, her family was relocated to Chicago, Illinois, where she met and married Frank Takahashi. While raising her family of five children in Chicago, she also was an active volunteer in local Chicago politics, the Lyric Opera, and the Botanical Gardens. After Frank’s retirement in 1983, they moved to Napa, CA, and lived on a small vineyard until 2010. In Napa, they started Takahashi Vineyards and established a relationship as an important grape grower for Chateau Montelena. In Napa, Hannah helped raise her grandchildren, all of whom have fond memories of life in the vineyard. After her husband’s passing in 2010, Hannah moved to Japantown in San Jose, where she enjoyed art, writing, and exercise classes. In 2017 Hannah moved into The Terraces of Los Altos, where she continued her love of reading, pastel drawing, and watching Japanese programs and her beloved Warriors.
Hannah was predeceased by her husband, Frank, and her eldest son, James. She is survived by daughters, Frances, Joan (Charles Powers) and Mary (Karl Kramer), and son, Robert (Lisa Emlen), 7 grandchildren, and 6 great-grandchildren, all of whom will miss her dearly.

CHICAGO — Former Ukrainian troops are visiting Chicago to pay tribute to their brothers-in-arms this Memorial Day Weekend. Ukrainian veterans who fought in places like the Donbas region and the … END_OF_DOCUMENT_TOKEN_TO_BE_REPLACED

Hart was promoted to president from general counsel in 2020, but the CARES Act compensation limits were based on 2019 pay. His total compensation last year was estimated at $3.5 million, mostly … END_OF_DOCUMENT_TOKEN_TO_BE_REPLACED

After an often-contentious floor debate, the Chicago City Council has passed a new weekend curfew for the city’s residents, moving it back from 11 p.m. to 10 p.m. on weekends. The new ordinance will … END_OF_DOCUMENT_TOKEN_TO_BE_REPLACED