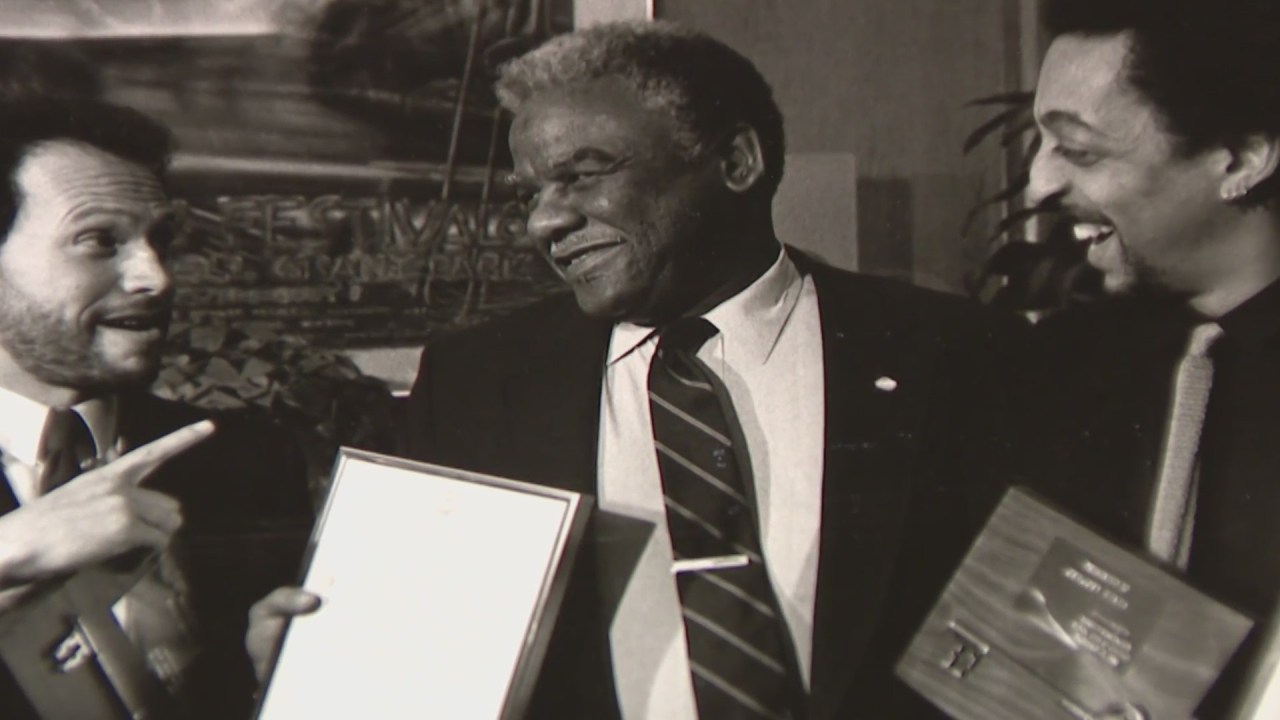 State Rep. La Shawn Ford said Washington was a mayor other politicians could model themselves after.

“You think about athletes and they model themselves after a Jordan, he’s the greatest,” he said. “I don’t know if we can find a politician greater than Harold Washington.

Washington opened the door for many. Former President Barack Obama moved to Chicago in part because of Washington.

Washington’s career took him to the Illinois House, Senate and Congress. He loved politics.

Josie Childs, 96, is throwing a 100th birthday for Washington. She is the founder of his legacy committee.

“He felt going into elected politics, he could make a difference” she said.

Raised in a South Side political family, Washington championed fairness and transparency. Dick Simpson is a former Chicago alderman and an early supporter of Washington.

“He was in the modern era the first progressive reform mayor,” he said. “Before Harold Washington there were very few African Americans, or women, or Latinos or gays in city government — usually in token positions. After Harold we had affirmative action in jobs and contracts. After Harold we had the Freedom of Information and the first Ethics ordinance in Chicago’s history.”

Marilyn Katz did communications for Washington.

“It was revolutionary, and I felt like a good revolutionist,” Katz said.

To take on the machine, Washington assembled a multicultural coalition.

“It became more than a campaign. It became a crusade, and we would go down the streets and these buttons that were made up became like an ID bracelet for fellow travels. Oh, I recognize you! You see me. Yes! We can do that and there’s so many of us,” Katz said.

“Harold was determined to make sure that everybody got their fair share of city services on the basis of simply being a constituent” Montgomery said. “The Black community people were shouting. For the first time in years, they had their streets paved.”

The old guard did not welcome Washington. His first term was marked by what’s remembered as the Council Wars.

“Eddie Vedalia and Eddie Burke were able to get together 29 aldermen, given them all committee chairmen, give them extra staff and appointment jobs and patronage in essence to hold that coalition against Harold Washington and his administration. They were brutal battles,” Dick Simpson said.

The fight lasted for Washington entire first term. In 1987, Washington would defeat Edward Vrdolyak in the mayoral election.

Hermene Hartman looked up new words for the mayor.

“We would talk every day and Harold was like ‘gimme a word, gimme a word.’ So we had to find a word for him to use. One time — he would send reporters scrambling because they had to look up ‘What did he say? What did he mean?’ We brought some pocket dictionaries for the reporters and Harold gave them out and said, ‘Keep up with me if you can!” Hartman said.

As he kicked off his second term, privately aides worried about Washington’s health.

“It was tragic because he had just gotten the majority and I just wonder what he would have done.

“We lost a guy who probably would have been mayor for the next 20 years,” Montgomery said.

“There was a sadness that was similar to the great events like Abraham Lincoln’s death or maybe John F. Kenney’s assassination. It was universal,” Simpson said.

Washington left behind a template for grassroots victory.

“I can’t help but feel the spirit of the great Mayor Harold Washington here with us this morning,” Chicago Mayor Lori Lightfoot said.

Harold Washington — the man who defeated the Machine. A champion of inclusion, equity and reform. Inspiration to many.

CHICAGO (CBS) -- Chicago Police are looking for a man who tried to kidnap a woman in the city's West Loop but was thwarted by some good Samaritans. This is at least the second time this has happened … END_OF_DOCUMENT_TOKEN_TO_BE_REPLACED

Illinois homes sold somewhat faster in August 2022 than in the year prior, even as median prices rose statewide, according to new data from Illinois REALTORS®. Though statewide home sales were down … END_OF_DOCUMENT_TOKEN_TO_BE_REPLACED

“I’m not one to really tell people what to do,” said Kennedy, 35, who lives in Milwaukee and works in software sales. But if a friend tried to order a delta-8 drink, “I would tell them, ‘Absolutely … END_OF_DOCUMENT_TOKEN_TO_BE_REPLACED