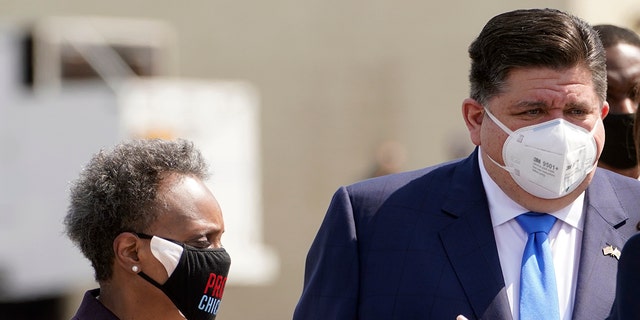 Illinois Gov. J.B. Pritzker signed a Chicago firefighter pension bill into law this week that both Democratic Chicago Mayor Lori Lightfoot and Republicans in the state have called a “fiscally irresponsible” bill that will increase property taxes.

The new law removes an age restriction on a 3% cost-of-living increase that affects about 2,200 current and retired firefighters in the city born after 1966, according to the Chicago Sun-Times.

The governor said the law assures “fair treatment,” adding that he believes “hardworking men and women who have earned their pension shouldn’t pay the price for local or state budget challenges.”

Lightfoot had asked for the governor to veto the bill, which she said would create a “deeper financial burden” for Chicagoans already struggling during the pandemic.

She added that firefighters need to be “appropriately compensated” but stressed that an “unfunded” bill is the “exact wrong way to accomplish this goal.”

“Chicago taxpayers are on the hook for an additional $850 million thanks to Governor Pritzker signing HB2451 into law today,” Demmer said in a statement.

He added that Pritzker “continues his bad habit of spending hypothetical revenue” by bringing up the potential sale of the James R. Thompson Center in Chicago as a way to pay for the pension increases.

Lightfoot said the bill is “fiscally irresponsible and validates a Springfield practice of cutting backroom deals without full transparency and debate,” agreeing with Republicans that it would add an $18-30 million financial obligation that will necessitate another property tax increase.

The legislation was introduced by state Sen. Robert Martwick, a Democrat, and passed in January.

Martwick told the Sun-Times it makes the city “confront necessary, albeit really difficult, decisions about what they need to do with their finances, so that they can live up to the commitment to fund their pensions properly.”

CHICAGO — The City Council on Monday delayed a vote on Mayor Lightfoot’s curfew change — but a group of young residents are urging members to vote no. The young adults are part of the racial … END_OF_DOCUMENT_TOKEN_TO_BE_REPLACED

The fire at the former Pheasant Run Resort, 4051 E. Main St., broke out Saturday afternoon, sending huge plumes of smoke into the sky surrounding the closed resort and drawing dozens of onlookers who … END_OF_DOCUMENT_TOKEN_TO_BE_REPLACED

As the 2022 political season gets into full swing, one of the most intriguing candidates for elected office is Herschel Walker. The star running back with the University of Georgia and Dallas Cowboys … END_OF_DOCUMENT_TOKEN_TO_BE_REPLACED